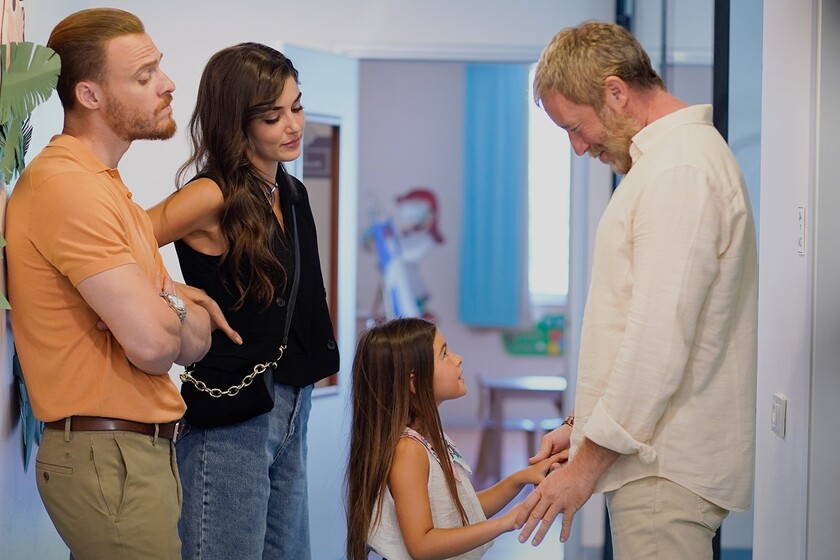 There is already a release date for the end from ‘Love is in the Air’, the popular Turkish series that has become an obsession for millions of viewers. It will be the September 22 when the romance between Serkan and Eda comes to an end with the broadcast of the fifteenth chapter of its second season.

At first it was planned that the eleventh, issued in its country of origin this past August 25, would be the last in the series. Then it was talked about that would be thirteen, but it will finally be fifteen chapters, probably to take advantage of the fact that the second season was having a bit more of a pull in Turkey and thus fill the gap on the grid before the launch of other novelties.

In addition, the filming of the series has already come to an end, since both Hande Ercel What Kerem Bursin have confirmed through their social networks that they had already concluded their work in the Turkish production. Bürsin published this week that “Today was our last day. We recorded a very good episode. We have said goodbye to many people. We had to say goodbye to those who have been our family for a year and a half“.

Of course, in Spain it will still take a little longer to see the outcome of ‘Love is in the Air’. Remember that the second season is broadcast exclusively on Divinity, where it is working wonderfully, which does not mean that Mediaset can pull out of its sleeve the possibility that the final episode will premiere on Telecinco, where the series was mistreated no blush during the broadcast of its first season.

De esta forma, ‘Love is in the Air’ will culminate its journey with 54 episodes -the first had 39, much more than the second-, although in Spain there will be more, since here they are broadcast in pieces, taking advantage of the fact that their original duration is around two hours.