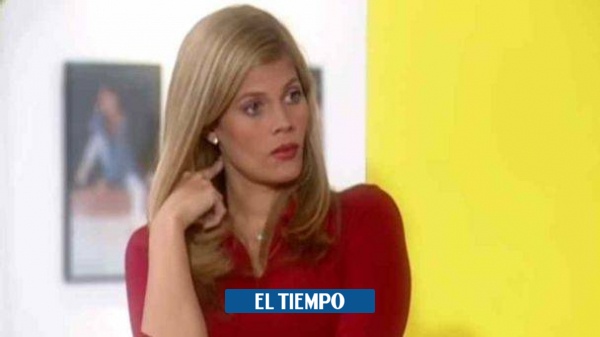 Lorna Cepeda, the actress who played the iconic Patricia Fernández in ‘Betty, la Fea’, appeared on the episode of Masterchef Celebrity on Saturday, June 12, wearing a particular garment that was widely commented on Twitter.

It is a t-shirt that refers to the university where ‘la peliteñida’ studied, as his character was also known. So much liked the garment that many users of the social network began to ask where they could buy it.

Lovers of ‘Betty, la Fea’ will remember more than one phrase from Patricia Fernández, the character played by Cepeda. “I did six semesters of Finance in San Marino“, he used to repeat ‘la peliteñida’. These words became one of the most popular of the character.

(We recommend: Divorce of the protagonist of ‘Betty the ugly’ would have affected the filming)

In March 2019, when Cepeda was in El Salvador ready for one of the theater performances of ‘Betty, la fea’, a fan gave her a T-shirt that has those words although with a small change, since the name of the university is in English: “San Marino University”, it reads.

Now, two years later, Cepeda reappeared with the shirt, but this time for one of the most recent episodes of Masterchef Celebrity.

The comments on Twitter were immediate. In that social network, several users shared images of the actress while she appeared on the screen with the garment. They commented that they needed the shirt and wondered where they could get it.

Others even noticed that under the name of the university it says “Wretched EST.”, As a clear reference to another of the character’s iconic expressions played by Cepeda in the novel.

Regarding the event, in your Intagram account, the Cartagena actress replied a post by the comedian Freddy Beltran, who is also participating in this year’s version of Marterchef Celebrity. “I want the @lornacepeda shirt,” he wrote.

(Keep reading: Do you remember them? Colombian soap opera songs that we all sing)