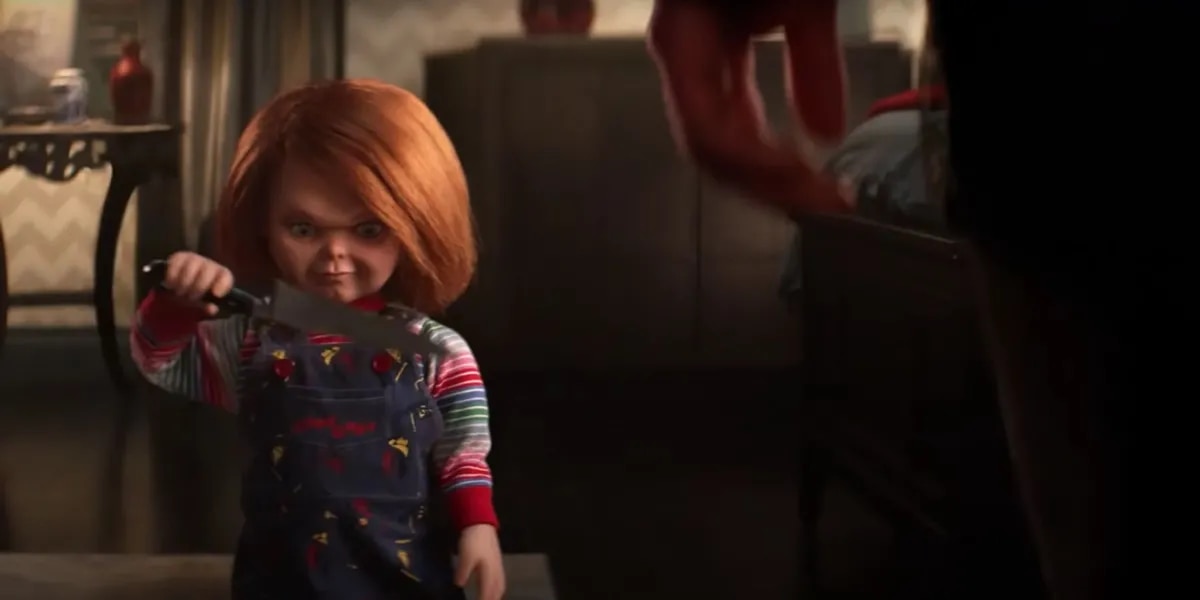 The idea could not be simpler and brighter. A doll, a toy as apparently innocent as it is childish, turned into a transmitter of absolute evil. Stephen King similarly branded clowns with the character of It. But For Don Mancini, inspiration came from the other side. In the mid-eighties he saw a My Buddy doll, created by Hasbro to educate children to respect and care for their friends. And he remembered an episode of the series The Twilight Zone (The Twilight Zone) with a similar element of terror. With those wickers and in the midst of the collective hysteria that the Repollo dolls dragged in those eighties, with parents hitting each other in the stores for a toy boosted by a brutal promotional campaign, a young Mancini at the age of 22 co-wrote the script for Diabolical doll (Child’s Play, 1988), in which a serial killer, Charles Lee Ray, better known as Chucky, transferred his soul by a voodoo rite to a doll to mislead the police officer who was pursuing him. And so he lit a fuse, which has lit eight movies before jumping to television, his next step. In January the SYFY chain will premiere in Spain Chucky, and at the Sitges festival its first episode has been presented.

“To me, Chucky is my uncle. It’s not like my family, it’s just that it’s part of my family “, jokes the actress Fiona Dourif (Woodstock, 40 years old). It is no wonder: he has worked on two of the films in the saga – in Chucky’s curse (2013) and Cult of Chucky (2017) – embodying the long-suffering Nica Pierce, daughter of a victim of the doll, herself hemiplegic due to the stab received by her pregnant mother, and the second person who is possessed by Charles Lee Ray, passing from the doll to the girl. Moreover, Chucky’s voice is put by a myth, the actor Brad Dourif, Fiona’s father. “I remember going to the premiere when I was eight years old. With that, I will tell you everything ”, he laughs.

Dourif is part of the cast of the series Chucky, and has been the ambassador of the series in Sitges. Enjoy with it. It does not matter if she is a prolific actress on television or has worked in films like Tenet. “I don’t really care. I remember perfectly the first time I knew something about the saga, “he says. “I went to a recording studio and my father was locked in a booth, screaming like he was being burned alive. I shot out and they had to go looking for me because I hid out of sheer fear ”.

With all due respect to purists

The series relaunches the saga after a slip that the purists do not even take into account: in 2019 a remake in which Don Mancini did not collaborate, nor did the voice of the Brad Dourif doll (he was replaced by Mark Hamill, another great turned dubbing specialist), nor of course did Fiona appear. It was started from scratch with very uneven results. The television contribution, on the other hand, will satisfy the defenders of the canon: along with Mancini and the Dourifes, Jennifer Tilly also returns as Tiffani Valentine, who ended up being the Bride of Chucky in the fourth installment, the funniest (the most delusional, on the other hand , was the fifth, The Seed of Chucky because the couple even had a child). Fiona Dourif entered the world of Chucky when it was decided to return to slasher pure (that is, murders well served in blood and guts). “I grew up with that version, and I like it. I admit that it does not scare me, that I even found it funny as a child to hear my father in that doll. And Brad is a lovable person, ”says his daughter. However, he specializes in tortured characters, such as those he has incarnated in Someone flew over the cuckoo’s nest, Wise blood, Blue velvet O Mississippi burns. “It’s not like their papers at all,” he stresses. And he ends: “If it were up to him, I would never have been an actress. I was educated in a house full of art, although far from any tinsel coming from the cinema ”. Fiona’s vision of Chucky may be unique. “True, because I see the photos and posters of his films and I feel a family affection.”

So many years in the world Chucky has given Fiona another advantage: “As I am friends with Don [Mancini], I can propose ideas. I usually know where the scripts are going to go even years before the filming, and it allows me to suggest something. He does not doubt: yes it is yes, it is no no [carcajada]. That’s what its creator is for. However, he is not a director, and over time he has created to reunite a great family that participates in the development of the saga ”. The actress defends the genius of the original idea: “Chucky people are scared a lot even in 2021, because almost all families have dolls in the corner of a room. The concept that this doll, that something childish can kill you is devastating ”. And he has an impact: “Even more, it is that he enjoys killing. It is pure evil ”.

In the series, the public will revisit the myth from the beginning. “We have eight hours to quietly explore the character of Chucky, to delve into the relationships between the protagonists. In addition to more time to create a dramatic arc, we have had a bigger budget. I feel that the change to television series has been successful, ”says Dourif. “And you know what? After the pandemic, after leaving the confinement, people are going to like to see Chucky in great landscapes, even if it is murdering as he likes.

In what there will be no changes will be in his physicality: Chucky is still a puppet. “Please, that’s fundamental,” the actress goes on. “The one in the series is very similar to the one in the second part in an intentional way. Right now, the classic, the eighties, is cool. As an actress, because that’s how I have it in front of me, and as a fan I can’t think of a Chucky created digitally and superimposed in post-production ”.