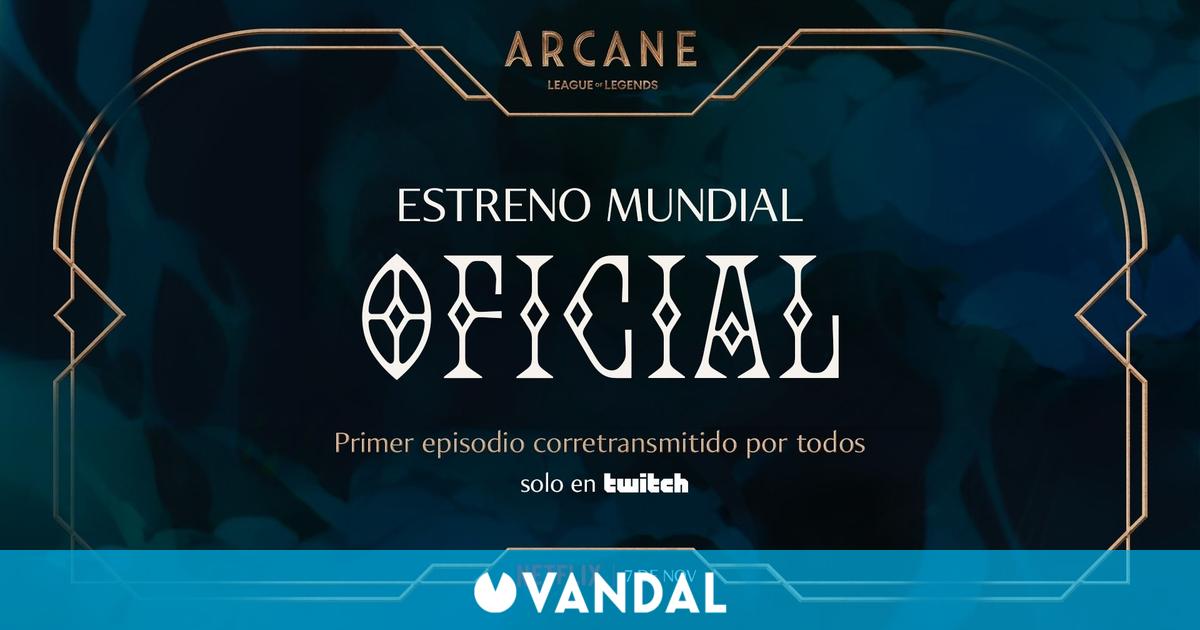 Lovers League of Legends, the MOBA from Riot Games, you already know perfectly well that the next November 7 at 03:00 am (Spanish peninsular time) have an important appointment on the streaming platform Netflix, where will the Arcane animation series, inspired by the video game universe. Well, from Riot Games they have recently reported that Arcane will be the first Netflix series whose premiere will have the option of co-streaming exclusively on Twitch.

That is, on the same day November 7, there will be dozens of countries in which Arcane can also be seen through a broadcast on Twitch, without having to be subscribed to Netflix. To celebrate this occasion, Riot Games has reported the participation of a lot of centers and clubs that will open their doors to live this moment. In this news we tell you how can you watch the broadcast of Twitch and which locals in Spain will participate in this event.

How to watch the Arcane premiere on Twitch?

As we have already mentioned in the introduction of the news, Arcane, the League of Legends series for Netflix, will be released next Sunday, November 7 at 03:00 am (in Spanish peninsular time). However, on the same day, the November 7 at 11.00 am CET a second broadcast from Arcane’s first chapter on Twitch.

Experience the first episode of #Arcane with your favorite streamers, representing 40+ countries and broadcasting in 20+ languages on @Twitch.

This Arcane broadcast will not be produced only in Spain, but will also be available worldwide in more than 40 countries and 20 different languages. In addition, Riot Games also allow streamers to share the projection of this chapter with his followers, so nothing prevents you from joining the broadcast of your favorite streamer and watching the premiere chapter of Arcane with him and his community.

As to locals that will actively participate at the Arcane premiere, in Espaa Riot Games has already confirmed the participation of a lot of esports clubs, centers and bars that will open their doors to bring together people who want to enjoy the broadcast of the first chapter in company. Especially the UCAM Sports Club located on Avenida de los Jernimos 135 in Murcia, being one of the places most outstanding, but there is not the thing.

Till the date, these are all the centers and clubs in Spain in which you can enjoy the premiere of Arcane:

Keep in mind that hours may vary depending on the security measures for the COVID of each city and the hours of each establishment. It is recommended consult directly with each establishment to confirm and resolve any questions.

Every legend has a beginning. Welcome friend, to the world of #Arcane. Watch the first official trailer for Arcane now, coming to @Netflix November 6. pic.twitter.com/j8uwCmlrkC— Arcane (@arcaneshow) September 25, 2021

League of Legends is the popular MOBA from Riot Games found totally free for PC gamers. If you are interested in knowing more about him you can read our analysis and if you want to enter his universe on the right foot, do not hesitate to visit our tips and tricks guide.

LoL: The Arcane series will have a world co-premiere on Twitch – How to watch?