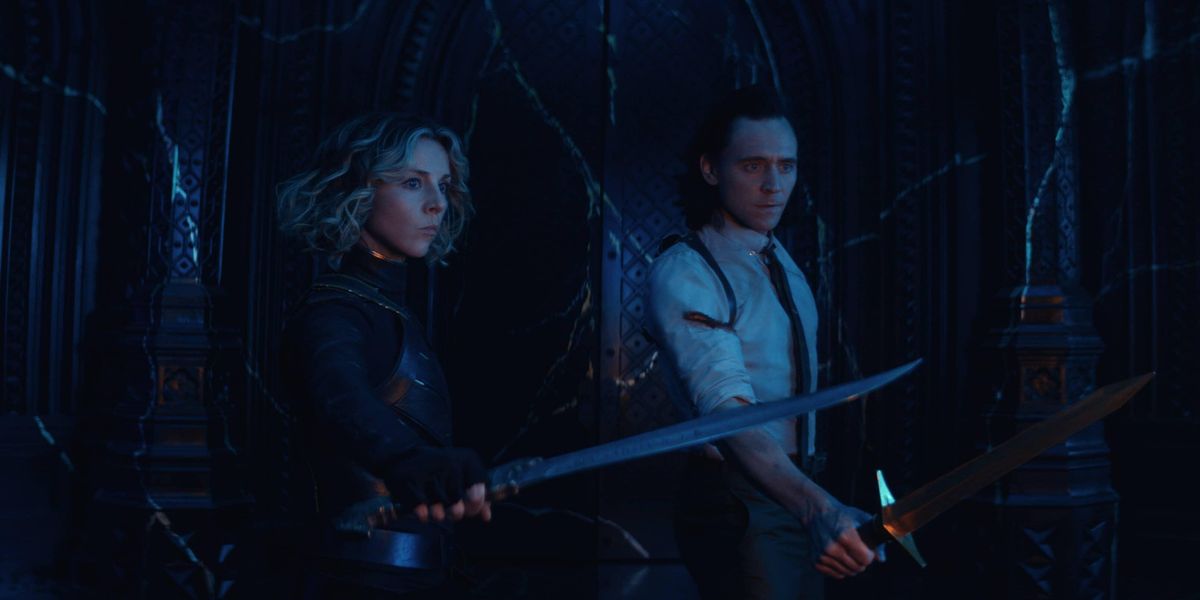 There are three basic questions at the end of episode 6 of the series Loki: What exactly happened after the (presumed) death of ‘The One Who Remains’ (Jonathan Majors) in the Citadel at the end of time? Because that question answers not only what happens to Sylvie after choosing between fulfilling her revenge or trusting in Loki 2012, but also about how it is possible that all the members of the Time Variation Agency have been erased at the time. what Loki has gone to and how is it possible that the only revered statue in that timeline and / or universe is the one with Kang’s face. It is assumed that if he died, he would not be replaced by Loki and Sylvie, but this would cause a new multiversal war. Where are all the Jonathan Majors character variants? If we have found out about the end of the series, ‘He who remains’ is the first variant that lived on Earth in the 21st century, the one that first discovered that there were other universes stacked on top of his (the nice scientist in the robe), and when he dies a new war will start and countless versions of a very dangerous person on the warpath will arrive. Where has Judge Ravonna Renslayer (Gugu Mbatha-Raw) gone to seek free will? Because that new AVT scenario may also be his fault, or was it Kang? Maybe Sylvie? Will Sylvie play the role of Ravonna in the comics in the MCU? Those, I think, are the questions about the episode that lay or should lay the foundation for season 2. Then there’s the big question of the series, like this, in general: how does this ending affect all the movies and series that come to life? continuation in the MCU?

At the end of season 1 of the series Loki we have a ton of information: we know that the Sacred Timeline is the timeline in which the Marvel Cinematic Universe unfolds that we have known so far. The fact that we hear on that timeline the words of Vision in WandaVision, “what is pain but persevering love”, It is not a coincidence. It is the line that has protected the variant of ‘He who remains’. We also know that there are many versions of the character of Jonathan Majors, a figure built from the Kang of the comics, with things from ‘He who remains’ (which is not Kang in the comics), and reinvented for the MCU. We know that ‘He who remains’ is not ‘Kang’, but that the two are variants of the same character (and there are more variants). We also know that his death unleashes, if his words are true, multiversal chaos, something that has already happened in the past. We know you are a sociopath. Not one of the good guys: he has been feeding Alioth for eons with all those who have dared to alter space-time, including the Philadelphia experiment. Only the variants of Loki have been saved because as Tom Hiddleston’s own character explains, what they do best is to survive (but, well, in the case of the classic Loki it is not that he has exactly survived). We also know that when it comes to choosing, Sylvie has chosen to finish her mission, although it has not been at the expense of Loki (she could have killed him and simply sent him to the AVT thinking that he would be safe there). And we know that Judge Renslayer has gone off in search of free will. I mean, Ravonna had no idea who was pulling the strings. He knew they weren’t the Timekeeper dolls, but he didn’t know who it was (and he continues to not know in the series finale). And we suspect that you don’t know it’s a variant either. All this information is the wickers of season 2. With a nuance. The series is obviously going to have implications for the rest of the Marvel Cinematic Universe, so some of these questions could be resolved sooner.

When does season 2 of Loki?

There is still no tentative date beyond the teaser in the final episode post-credits and the confirmation by Marvel Studios that pre-production of the series will not begin until 2022, but it is clear that it is not part of the grid of marvel series in phase 4 that we already know, with which it could perfectly enter phase 5 … as it could be anticipated because it was a secret. In principle, season 2, regardless of the fact that it is part of a larger world of products, should solve Sylvie’s fate, her reunion with Loki, Ravonna’s fate and the explanation of who has done the new brainwashing to the officials of the Weather Variation Agency. But it’s really hard to say right now. The next step in the series is the implications it has on Spider-Man: No way home and in Doctor Strange: The Multiverse of Insanity… that we know, because they can go further (with Kang in the middle already confirmed, it is not absurd to say that it also connects with Fantastic 4), in the same way as Black widow is connected with Hawk Eye So what Valentina Allegra de la Fontaine is connecting movies and series throughout phase 4 of the MCU it is not known yet if with the objective in mind of (the series) Secret invasion or from a new Avengers movie (you know, what if Dark Avengers, what if Thunderbolts). But this is pure speculation, because in the same way it can be theorized that Kang is one of the great villains of the Young Avengers, which in fact pretends to be one of them (and travels in time to claim itself), and since they have already presented films and series to several Young Avengers … well, you see where the shots go.

The fact that there is now a multiplicity of Kang (we are going to use that name to understand each other, although it is most possible that only one of them or few of them are Kang) opens the door in which each of them bundles it in a film or series without the need for it to be the same character or with the same objective. In this way Loki It would just have opened the door for them and the rest of the MCU will have to deal with them. It may be that now Sylvie is in command of the AVT on the asteroid close to the sacred line of time (to see how long that line lasts before merging with the rest or whatever it is that will end up happening) and that is believed a plot in which Loki goes looking for her. But of course, that has a problem: it is too obvious. Are we going to wait, I don’t know, two years (because the series don’t overlap, at least for now) to see that with everything that is going to happen in between in the MCU? Events that, in addition, can solve some of the doubts along the way. It is very difficult to know at the moment.