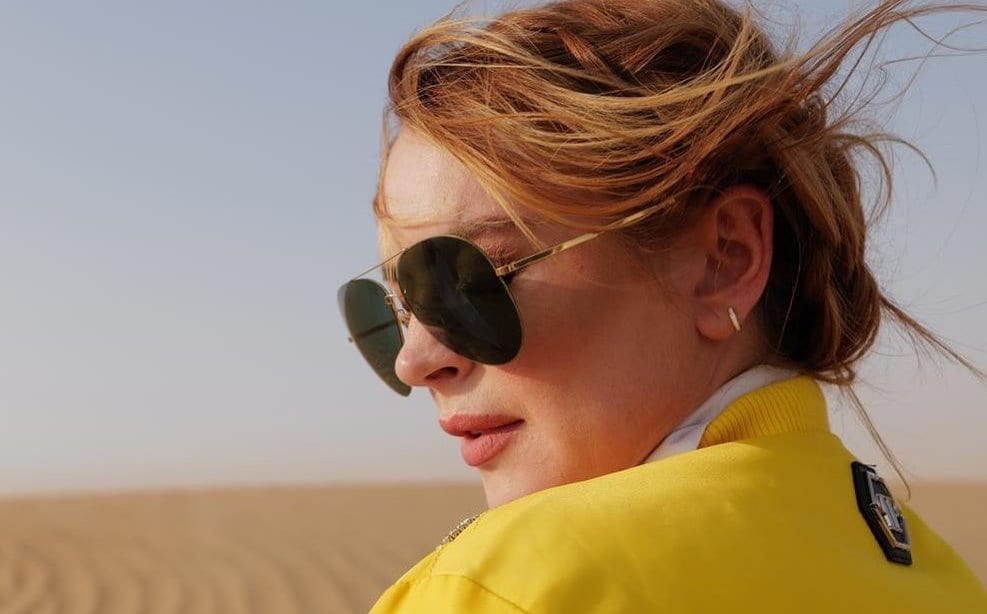 All three are succeeding! Yesterday, we found out that Britney Spears was free from her father’s guardianship after thirteen years of intense legal battles, on the other hand, Paris Hilton married Carter Reum and now lindsay lohan reappears in a new Netflix promo next to the star of Glee, Chord Overstreet.

Netflix shared the first image of their movie Christmas In Wonderland, which will arrive in 2022 and in it we see the actress with Christmas clothes, with actor Chord Overstreet, both will star in the film that is expected to be released on the streaming platform.

Christmas In Wonderland is a special movie for the American actress and celebrity, because means the return as the protagonist in a film, after previously making cameos or small roles in other films.

The film was first announced by Netflix this summer, specifically in May, by sharing a tweet in which it said that the singer will star in a new romantic comedy about a hotel heiress.

“Lindsay Lohan will star in a new romantic comedy about a newly engaged and spoiled hotel heiress who finds herself in the care of a handsome worker cabin owner and his precocious daughter after suffering total amnesia in a skiing accident,” she shared.

The film will be directed by BIFA winner Janeen Damian (A Christimas Waltz, Hot Tamale) and was written by Michael Damian, her husband and writing partner, as well as writers Jeff Bonnett (Heroes) and Ron Oliver (Operation Christmas). .

What is Christmas in Wonderland about?

In the tweet that Netflix shared, there is part of the plot that will unfold in the story that we will possibly see on Christmas 2022.

“After suffering amnesia in a skiing accident, Sierra is taken in by a single father and learns the value of kindness and love.”

Netflix has yet to formally announce the film’s official name, however most production listings indicate that Lindsay Lohan’s Christmas movie is called Christmas in Wonderland .

When to see the new Lindsay Lohan movie?

The production was scheduled to start from November 8 and will last more than two months with scheduled completion scheduled for December 15th. Filming will take place in Salt Lake City, Utah. That was apparently confirmed with the release of the screenshot above.

Of course, there’s a lot to look forward to this Christmas with Netflix’s roster headed by characters like The Princess Switch 3 , Robin Robin and A Castle for Christmas .

With these production dates, we can almost certainly expect Lindsay Lohan’s holiday movie to arrive in 2022 (although Netflix has been known to stay in the movies for longer).

Lindsay Lohan returns as an actress in new Netflix series