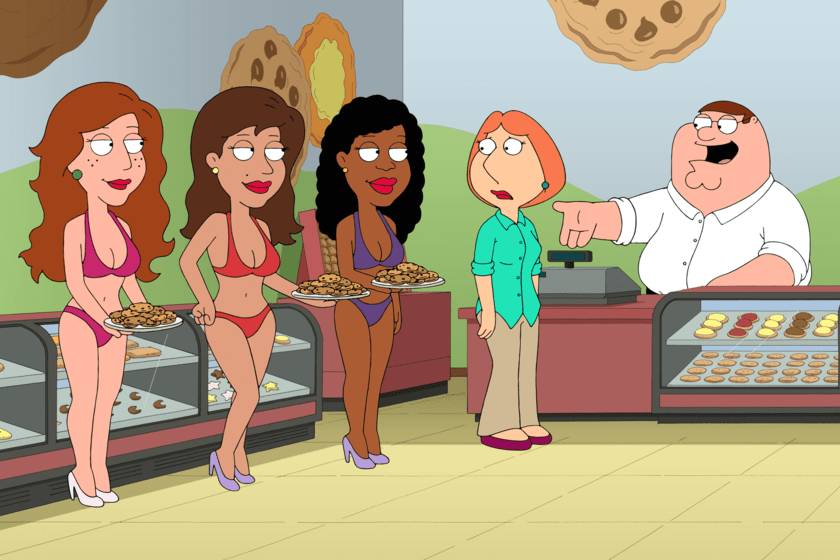 An earlier version of this article was published in 2017.

You’re watching a movie or a series and, bang, all of a sudden the plot starts to screech at you. You are about to give it a bad mark when you go to register it on Sensacine or Letterboxd. Why? Because the work has just fallen into a trite resource (that the virginal girl is the last to die in a horror movie, that the solution in a superhero movie arrives as if by magic at the last minute or that the butler has been the murderer all this time) but, suddenly, some character says a phrase that shows that the creators are perfectly aware of what they have written.

A wink with which they try to make clear the self-awareness of their resource without doing without using it.

Apparently it is a well-known screenwriting trick calling lampshading for which the cliché that has just appeared is mentioned on purpose within the work and what could make us lose the suspension of disbelief with respect to what we see. It is the idea that, when a writer is at a dead end through which they have to pull an easy solution that could remind us that we are watching a movie, it gives us something to try to turn the page and continue watching the tape without hating them for getting us out of our trance as spectators.


Eye, this wink not the same as a fourth wall break, action by which the characters make us see that they are breaking the limits of fiction and they speak to us from you to you, as Kevin Spacey does when he speaks directly to viewers in House of Cards. Rather, lampshading consists of caressing the limits of this representation without completely expelling ourselves from the fictional universe.

An interesting video (in English) called The misogyny of adorable nerds. Its male characters, from the shy Rajesh to the outspoken Howard, display a variety of macho comments. However, these behaviors have their sexism so stressed that no one escapes what subtle micromachismo what they are doing.

If Howard openly treats the girls in a bar as bait or Sheldon speaks of the intellectual inferiority of women, it is because the joke is itself that some nerds who do not fit the masculine ideal (and therefore, we prejudge that they are more harmless) gossip like that in public. Sort of like the writers telling us, “Yeah, they have the typical misogynistic demeanor you’d expect from a nerd, but it’s so caricatured it’s a joke itself.”

How can you identify it

The problem is, as the video explains, that those who seek our complicity by nudging us after saying something do not have to find our sympathy in return. It is true that humor can be based on playing with social prejudices, but there are many occasions when it seems that the writers of The Big Bang Theory they have not wanted to explore the bolder possibilities of this assumption and have taken the opportunity to pull ready-made jokes to create their gags.


You can make the jokes of women with two neurons who live in the kitchen or repressed pimples who do not even know how to flirt with a woman. But you can also give that commonplace a spin and offer, for example, a geek like Ben Wyatt (de Parks and Recreation), that he is capable of overcoming that label and those behaviors associated with his urban tribe (isn’t, deep down, much more normal than the supposed queen “normie” who is his partner Leslie Knope?) without stopping using his hobbies to nurture the gags of the series.

In the end, the “lampshading” we find it present in the cinema and in the series under a multitude of disguises. Sometimes it is a character telling you yes, that he is making a joke about how racist we think Arabs are, how does borat, or the protagonists of 30 Rock underlining the fact of doing product placement because in the industry you have to swallow any demands from brands to survive.

But it can also be a pretext when it comes to justifying movies that, if it were not for the imperative of the shareholders, they would not have their reason for being. Do you remember any feature film whose first part was tied and well tied and that later, when making a sequel, gave some excessively precarious reason to defend why they did a second part again? Jurassic World comes to mind, the resurrection in franchise mode of a milestone in commercial cinema in which, directly, the protagonist told us that people are bored and now demand “dinosaurs [o, léase también, blockbusters] bigger, louder and with more teeth”.

In the end, this trick we are talking about is the assumption of the necessary dose of irony by some viewers for whom almost any script has already been seen a thousand times. For an audience of light series and movies that is extremely conscious of the status of mass entertainment product made in chain. These winks will probably suit us better or worse depending on their context, presentation and own palate. But in the cases where they screech at us … that’s when we would want to prohibit any gesture of metafiction and return to a golden age of innocent and self-conscious seventh art.

That which, in reality, has never existed.


Subscribe to receive every day the latest news and the most important news to understand and enjoy the world.