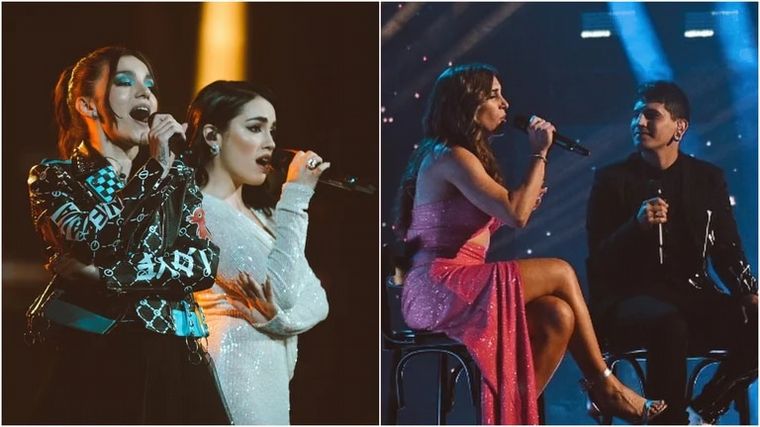 Today, from 22, the winner will be defined with the presence of Evaluna Montaner and Camilo Echeverry as guests.

The finalists appeared in the middle of the studio to sing “Start Again”, Alejandro Lerner’s classic, and their coaches received them with standing applause.

Ángela was the first to start: she sang “Un día sin ti”, the Spanish version of Roxette’s hit. Then it was Papetti’s turn, who sang “Llorar y Llorar” together with Mau and Ricky.

Later, Yhosva made an impact with his voice with the song “Sube, sube, sube” and later, Elías Pardal did his thing together with Montaner with “Te adoré”.

While introducing Ivan, Marley was surprised by his son. “What is Mike doing here? But you don’t have to be sleeping? What are you doing here visiting dad? Tomorrow you have school”, he told the little boy.

“I didn’t know he was coming, what’s more, I saw a boy walk and I said: ‘How similar to Mirko,'” he said with a laugh, as he took the little boy to greet the coaches.

Another of the most impressive surprises of the night was when Lali, La Sole and Natalia Oreiro exclusively presented the premiere of “Quiero todo”, the song that brings them together for the first time.

The song was composed by the three artists and the renowned singer-songwriter Marcela Morelo, who was also part of the production with Rodolfo Lugo.

Finally, Yhosva and La Sole sang “Zona depromises”. With all the performances done, at 11:50 p.m. the voting was closed and the driver announced who was in third and fourth place.

Elías Pardal garnered 13.5% of the votes, which left him in last place, followed by Iván Papetti, who obtained 19.3%.

In this way, Ángela and Yhosva, from the Lali and Soledad teams respectively, were in the running to become champions of the singing contest.

To define the winner, a new vote was opened that will close this Monday at 10 p.m., when the last broadcast of this fourth season begins.

La Voz Argentina: the two finalists who go for glory were defined