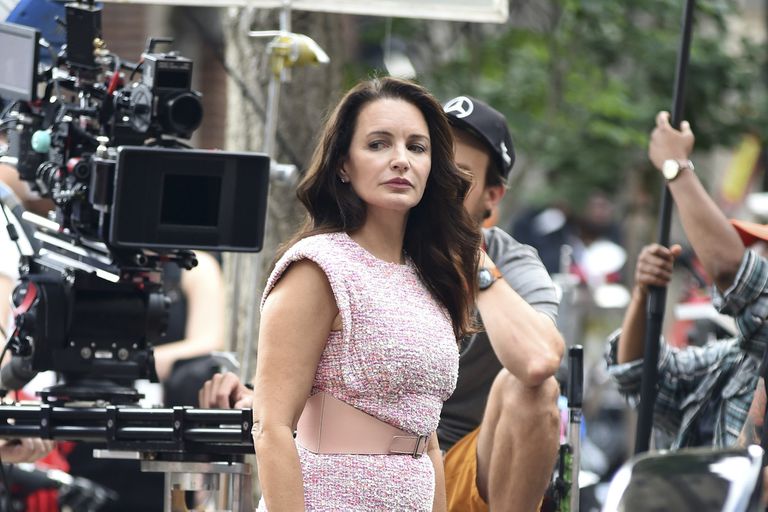 There were many actors who in 1994 tried to stay with one of the six protagonists of Friends. Y Among the candidates who participated in the auditions was Kristin Davis, who a few years later was chosen to be part of another great success of North American television: Sex and the City.

“Is it true that you were very close to being chosen to play Monica?” wanted to know James Corden during an interview with the actress in The Late Show with James Corden. “I don’t think it can be said that I was very close, rather I was one of the 8000 women who went to audition for Monica and the one who won it was Courteney Cox”, He replied before counting an anecdote with the star of Friends.

At the time, Davis and Cox were friends. “At that moment, Courteney and I were in the same yoga class and we used to spend a lot of time together because we were actresses without work, waitresses and stuff, “she recalled about her beginnings in the acting world. “After each class we always got together,” he added.

“One day Courteney comes in and says, ‘Guys, do you want to come with me to buy a car?’ And we all said, ‘Wow, buy a car?’ There she He told us that he had made a pilot of a series and that he felt that he had done very well, who was even thinking of buying a Porsche, “said the actress. “And that pilot was Friends and it really worked very well”, He concluded.

Davis wasn’t the only actress to nearly land a role in Friends. Tea Leoni turned down the role of Rachel Green to act in the sitcom The Naked Truth (La cruda realidad) and because of this Jennifer Aniston was summoned.

The role of Phoebe Buffay was, first of all, proposed to Ellen DeGeneres, who rejected it because she was already planning her own show and, also, because the producers told her that Phoebe’s character should sing and she did not want to.

Today, Davis continues to enjoy the success of the series in which he did remain, thanks to the launch of the new installment of Sex and the City, call And Just Like That… Once again the actress put herself in the shoes of Charlotte, the sensitive protagonist of the story who always had family and marriage aspirations, which she managed to achieve on the end of the original series.

New 10-episode series airs on HBO Max and follows the story of Carrie Bradshaw (Parker), Charlotte York (Davis) and Miranda Hobbes (Nixon) in their life and love relationships at age 50. Love, friendship and conflicts are a constant in this return. Kim Cattrall, who played the fourth member of the unforgettable original group, Samantha Jones, is not part of this project. Among the reasons that led to the absence of the actress in the new installment highlights his confrontation with Sarah Jessica Parker due to differences that would have their origin in the workplace.

The actresses earned more than a million dollars for each episode of this new season. The high sum was revealed by Variety, after the announcement of the return of the series that marked an era and that this time it also has the artists behind the scenes as executive producers.

Kristin Davis wanted to be part of Friends, but they rejected her