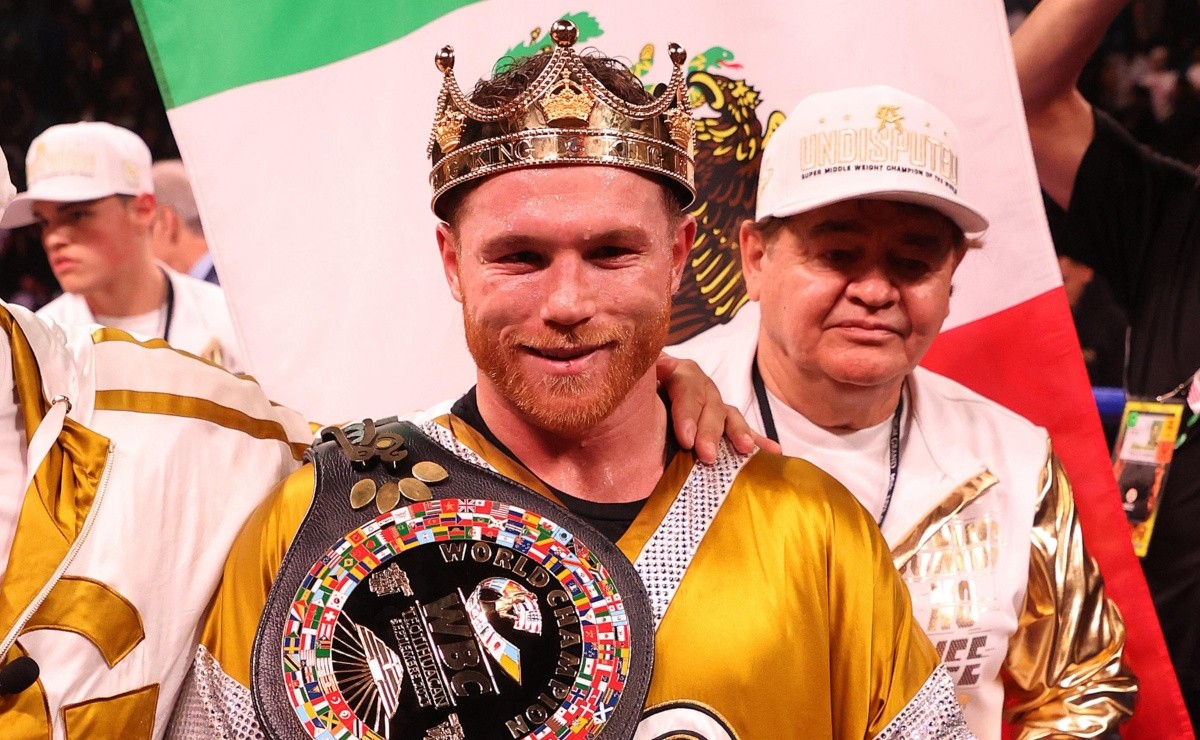 Canelo Álvarez became not only the king of boxing but also the monarch of television.

The last Saturday Saul Canel Alvarez made history after becoming the first fighter in the history of Mexico to unify world titles Super Mediums AMB, CMB, FIB, OMB and The Ring. On the other hand, that was not the only goal he achieved since on television he achieved an audience record few times seen before.

The fighter of Eddy reynoso he had to battle for more than eleven rounds to win his toughest fight at 168 pounds. Caleb Plant He was a tough nut to crack until he had legs, but by way of chloroform the Mexican raised a mark never before seen in the history of Mexico, cradle of great world champions.

On the other hand, it was not the only record that the Mexican managed to break because the fighter of Guadalajara achieved unique marks on broadcast television. As reported by the Universal, Canelo Alvarez had a rating peak of 27.7 between 21:15 and 22:45 which means that seven out of ten people were watching it under the TV Azteca signal, who broadcast simultaneously under the signals of Azteca Uno, Channel 7, a + and adn.

It should be noted that Canelo Álvarez fought the same day that America faced Rayados from Monterrey in the last Liga MX matchday, while New York the World Cup defense of Kamaru Usman in view of Colby Covington in the mythical Madison Square for the UFC Welterweight World Title.

In recent weeks, Canelo Álvarez criticized Ryan Garcia, who in the last hours broke the silence. “I do not lack inspiration. I am a starving fighter. I had a difficult year. I understand where his words come from. It is always all with love. I did not take it personally. I just know that I had a difficult year, but I am completely mentally recovered,” he said. the California fighter.

King of boxing and TV! Canelo Álvarez achieved a unique record in the transmission of his fight