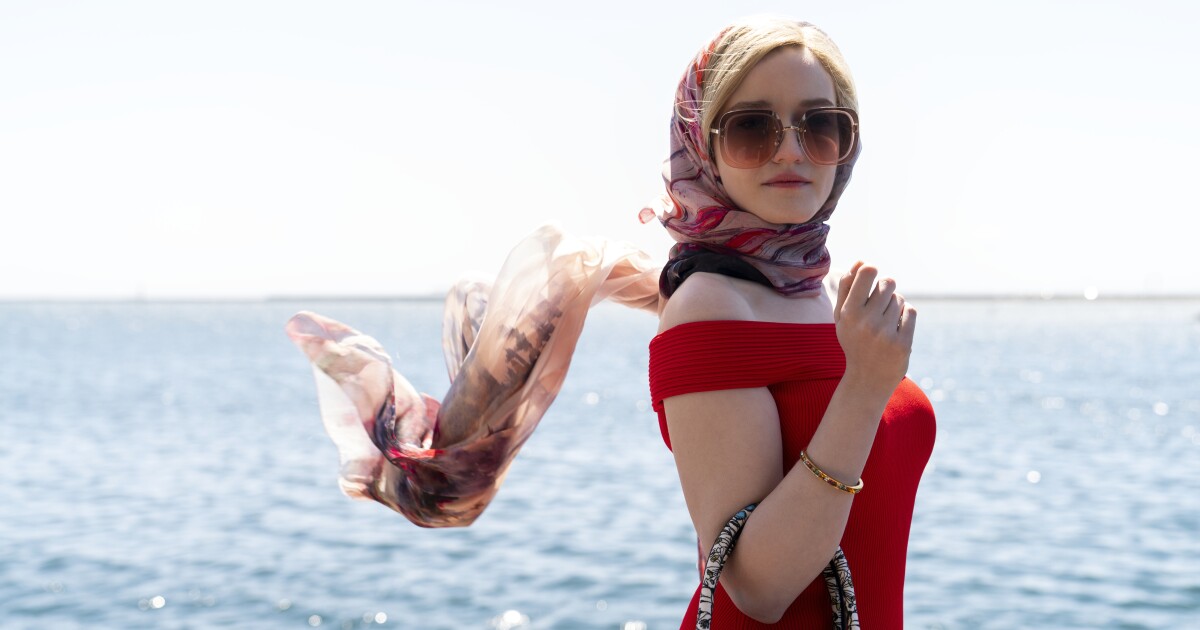 Julia Garner admits she was “intimidated” when she met Anna Sorokin, who posed as a German heiress named Anna Delvey in New York high society, and was later sentenced to prison for fraud.

Garner stars as Sorokin in Shonda Rhimes’ new Netflix series “Inventing Anna,” which premieres Friday. What surprised him at that prison meeting? That Sorokin was nice.

“I really wanted to get his energy,” said the actress. “What I found, which I didn’t expect, was how bubbly it was, how lovely.”

Garner left with an idea of ​​how Sorokin was able to carry out his plans.

“When I came out of that visit, I was like, ‘Wow, that’s why he came so close to getting everything he wanted. And why those powerful people and people in general just gravitated towards her. …she made me conflicted. It was very strange.”

“Inventing Anna” is based on a New York magazine article written by Jessica Pressler, who is a producer on the project. In the series, actress Anna Chlumsky plays a journalist named Vivian who seeks to report this story. What she ends up writing is Pressler’s article.

Laverne Cox, Alexis Floyd and Anthony Edwards portray people around them, while Arian Moayed plays Sorokin’s lawyer. Katie Lowes is Rachel, who has enjoyed the benefits of being friends with someone with a five-star lifestyle. She was with Sorokin on a trip to Morocco when Sorokin’s credit cards stopped working and she blamed the bank. Rachel, a Vanity Fair employee, paid out her corporate card as a temporary hold, but ended up being charged $60,000. She later wrote an article for Vanity Fair about the experience and published a book called “My Friend Anna.” Lena Dunham is adapting the Vanity Fair article for HBO.

Garner, winner of two Emmy Awards for her role in the series “Ozark,” says that “Inventing Anna” is the most challenging role she has ever done and that the most difficult thing was mastering Sorokin’s accent, which is difficult to place.

Chlumsky says her scenes with Garner — her character visits Anna in prison, where she tries to get her to open up, but Anna just wants to criticize her clothes, comment on her pregnant figure, and ask her for expensive underwear and fashion magazines — “felt like the best days in acting classes.”

“One just feeds off the other and is completely engaged in the present moment. She felt like, ‘ah, that’s exactly how we were trained.’

“Inventing Anna” is Rhimes’ second project for Netflix and her brand is undeniable. The music, look, script, and pacing will all be familiar to fans of Rhimes’ other shows. Lowes was a regular on “Scandal,” as was Jeff Perry, who plays a co-worker of Vivian’s. Lowes played Quinn and Perry played Cyrus. Other cast members have also appeared in Rhimes productions.

“There are certain things that are put into the Shondaland sauce, no matter the series,” Lowes said. “We are talking about complicated women in leading roles. We are not sure who is the villain and who is the hero. There is a feeling that you cannot digest it fast enough. You want to get to the next page.”

One person in particular is not interested in the series. The real Sorokin wrote an open letter published by Insider.com, stating that she won’t watch it and that “nothing … sounds appealing” about the show.

A year ago, Sorokin was released from prison after serving nearly two years. He is currently in the custody of US Immigration and Customs Enforcement and awaits possible deportation to Germany.

Moayed believes that whatever happens, we will continue to hear about Anna.

“This is the first part,” he said. “I think we’re just beginning to understand who she is.”