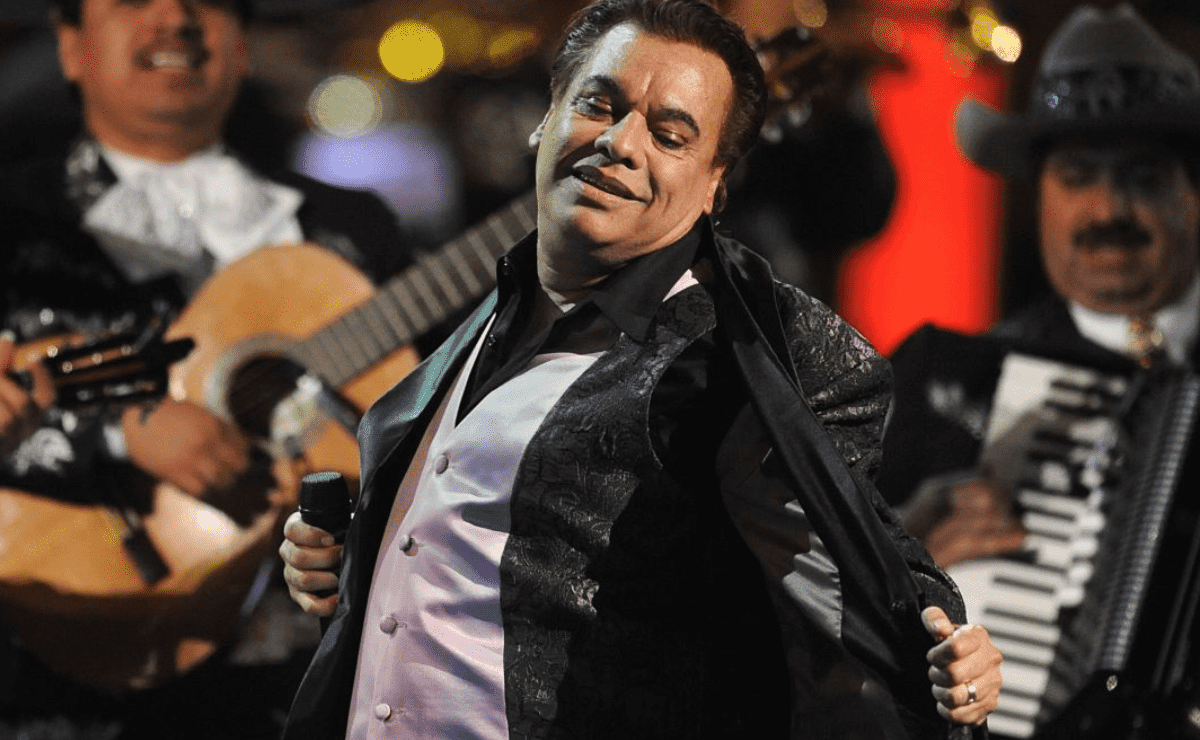 Just as you are reading it, the controversial character, Joaquin Muñoz, ex manager of the famous singer, Juan Gabriel, caused ridicule and all kinds of reactions in some drivers of the morning show, “Today” of Televisa, stating that the aforementioned singer is having some symptom referring to the aforementioned suffering.

Let us remember that the famous singer Mexican, he lost his life in the year 2016, the iconic artist left a deep mourning among thousands of Mexicans around the world, who sang and continue to sing his splendid musical pieces that speak mainly of love, joy and sadness.

However, despite the years that have passed since his departure, rumors that still alive, continue among individuals, and we know well that one of the main characters that supports this assumption is Joaquín Muñoz, who since it was officially announced that the singer left this world, has assured that everything is a lie and assures that “Juanga”Is alive.

You may also like: “Eternal Love”, an emblem of May 10 Know its history!

Faced with this argument, which has caused all kinds of speculation, mockery and negative comments for him, once again the controversial former manager gave another reason to remain on everyone’s lips, as he assured that Juan Gabriel could be positive to the current condition, therefore , hosts of the program “Hoy” of Televisa did not take a stand and dishonored the man who has questioned the loss of Divo of Juarez.

Some of the comments that caused the most reactions among the hosts of the show entertainment and at the same time with the viewer audience it was: “He has C0VID-celestial”, this happened in a recent interview in the aforementioned program of the San Ángel television station, where Muñoz assured, once again, that Juan Gabriel is alive and that the health contingency caught up with him, as he would have tested positive for v1rus.


It was thus that in the midst of the tears, Joaquín asked the people to pray for the singer-songwriter’s state of health, since he is allegedly in poor health, in this way he mentioned it in a video: “With deep pain I say to all of you and for means of you that it is known that Mr. Alberto Aguilera Valadez, Juan Gabriel, is very ill ”.

He continued by mentioning that they are hardly going to examine him, because he has had a fever and his body hurts a lot since the night before, so very possibly he is infected with the disease that has had a rebound in cases of new account in our country, “Everyone, ask for a prayer so that it is not going to be c0vid-19, let it be something else, “said Muñoz.

Faced with what seems to be a crazy statement, the hosts of Televisa’s morning broadcast did not keep their opinion and openly made a mockery of the aforementioned, being the first to make fun of the statement, Arath de la Torre who indicated that perhaps Juan Gabriel “has C = celestial-vine”, as we had already mentioned previously.

Likewise, laughing, Andrea Legarreta and Galilea Montijo also reacted, even joking that perhaps the singer is infected with a new strain, in this sense, Galilea wondered how Juanga is convalescing, if he does not see anyone, for Legarreta replied that perhaps Joaquín Muñoz went to the supermarket and did not take care of himself, and to close with a flourish he added a phrase that cannot be forgotten: “May he heal soon wherever Juan Gabriel is.”