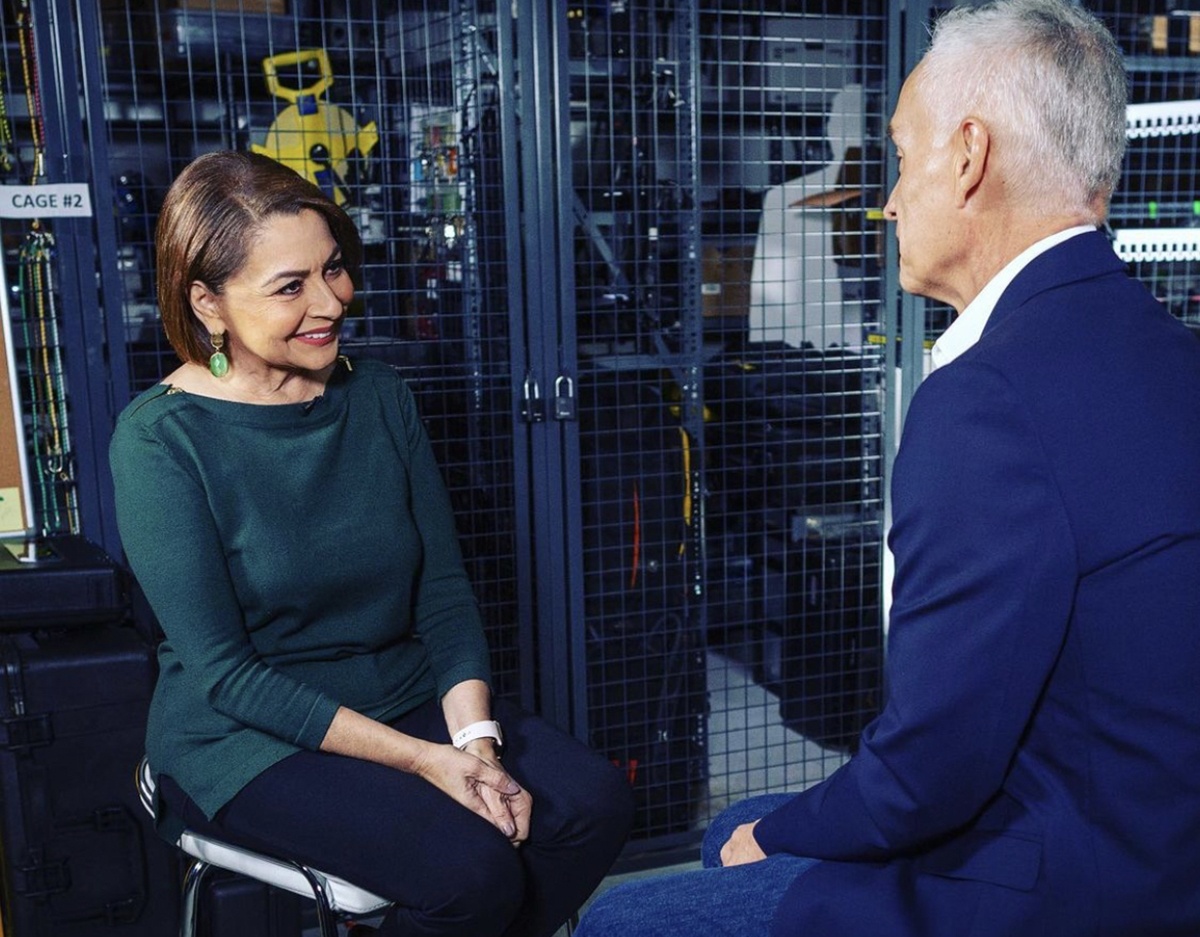 “Your sense of ridicule is less than mine” … With this phrase Jorge Ramos received María Antonieta Collins in the studio of ‘Al Punto’, when the Mexican journalist entered dressed as Chilindrina.

Since the ‘Happiest House on Hispanic television’ moved to Sunday, as a way to pass from one show to the other and also help promote it, María Antonieta moves to the studio of ‘Al Punto con Jorge Ramos’, so that the journalist anticipates the topics that will be covered in the program.

The great expectation of all was to see the face and what Ramos would say to his friend MAC when he saw her enter La Chilindrina: “Your sense of ridicule is less than mine”, was the first thing he said, to which the journalist replied.

“I don’t have it, you know I have no limits”He changed the subject by giving him skulls, little geese, typical Mexican sweets to sweeten him a bit and get out of the situation.

After telling him what they would discuss in the morning, when he finished ‘Wake up América en Domingo ‘, Jorge sealed his opinion by saying: “How dare you do those things?”.

DO NOT STOP SEE THESE OTHER STORIES:

• Jackie Guerrido breaks the silence: The return to ‘Despierta América en Domingo’, and the nightmare of COVID

Jorge Ramos to María Antonieta Collins: “Your sense of ridicule is less than mine”