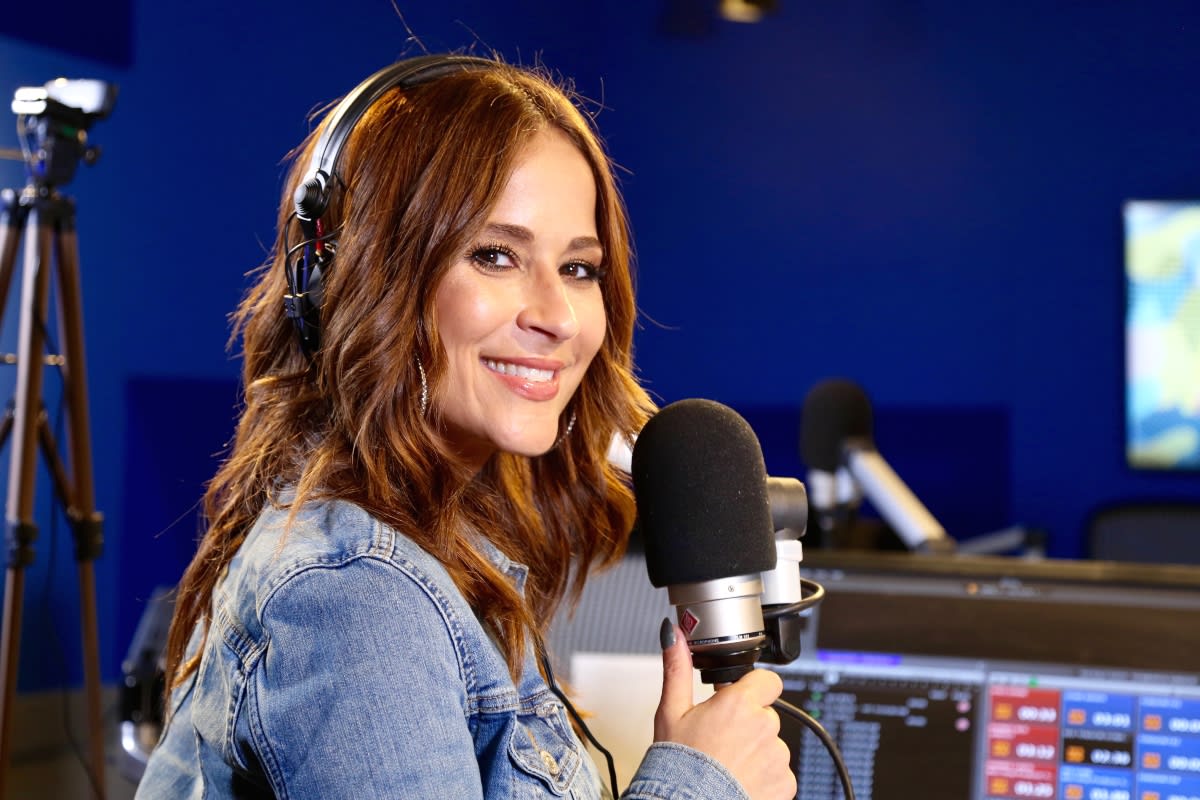 It took just over a month for the Puerto Rican driver Jackie Guerrido to reappear in social networks, and after being ‘disappeared’ all that time of First Impact, she confesses the truth with a forceful message.

Close to reaching a million followers, the one born on September 24, 1972 in San Juan, Puerto Rico, and that she was married to the singer William Omar Landrón Rivera, better known as Don Omar, surprised everyone with this publication.

“The best is always yet to come”: Jackie Guerrido

From her car, and dedicating her peculiar smile to her fans, Jackie Guerrido wrote: “Family: I’m back here to thank you all for your messages full of love and good vibes. I would like to remind you that you should never lose faith regardless of what happens in the life“.

“God is always present and works in mysterious ways. Also remember that the best is always yet to come and that you are not alone. I love. Now tell me … How are you? I read them, ”said the Puerto Rican host, provoking reactions of all kinds.

They show their support for Jackie Guerrido

It did not take long for several celebrities to show their support for Jackie Guerrido after being ‘disappeared’ from Primer Impacto, among them, one of the hosts of this television show, Michelle Galván, who said: “Not as pretty as you! !! Miss you”.

For her part, the actress and model Aleyda Ortiz, who was a finalist in Miss Universe for Puerto Rico in 2014, commented the following: “Beautiful, how good to see you so well”, while Damaris Díaz, Linda Guerrero, Roger Borges and Yanet García reacted to this post.

“Life is full of surprises”

It was on July 21 that Jackie Guerrido published for the last time, until yesterday, a video on her social networks from the Primer Impacto studio at Univisión. On that occasion, he surprised with the message he wrote that he lent himself to all kinds of interpretations.

“Life is full of surprises, you don’t know what will happen, so enjoy and get ready for your next surprise,” said the Puerto Rican driver, who also tagged Andrew Peña (TO SEE THE VIDEO CLICK HERE).

Jackie Guerrido is positive for coronavirus

Puerto Rican host Jackie Guerrido tests positive for coronavirus, according to information from Argentine journalist Javier Ceriani, host of the Chisme No Like program, which he shared on his official Instagram account.

So far, the famous meteorologist has not made an official statement on her social networks, although she ensures that she was not vaccinated, so the alarms were turned on again on the Univisión network, which was seriously affected several months ago because several of his talents were infected.

Show your support for Cuba

With a couple of images and a strong message, the Primer Impacto host wanted to show her support for Cuba after the protests broke out in that country: “My Cuban brothers, I am with you! That day is coming! As the day comes, we will be supporting them and praying for a country that deserves to be free. “

This publication by Jackie Guerrido did not go unnoticed by several celebrities, including the hosts of the program El Gordo and La Flaca, as well as Cristy Solís, wife of Marco Antonio Solís El Buki, and the Puerto Rican singer Izma.

With just over 900,000 followers, Jackie Guerrido, the host of Primer Impacto, who claims she tested positive for coronavirus, has shared more than 2,700 posts so far, confirming her spectacular beauty.

On this occasion, the journalist enjoys “a summer dream” to her admirers, in addition to wishing them a happy Sunday while being seen lying in a pool. Could it be that here he was infected with this terrible disease that has affected the whole world?

A few weeks ago, the Puerto Rican host shared a publication that gives a lot to talk about, because it does not sound unreasonable that in a family celebration she could have been infected with coronavirus, specifically, on her son’s birthday.

“Celebrating my son’s birthday! @kobebourne Thank you for choosing me !!! I love you very much and I am very proud of who you are and what you continue to be. For many more years of abundance, the best is yet to come, ”wrote Jackie Guerrido (TO WATCH THE VIDEO CLICK HERE).

What is Jackie Garrido’s fortune?

Puerto Rican journalist and weather presenter Jackie Guerrido, who became a co-anchor for Primer Impacto after the departure of Barbara Bermudo, has a fortune estimated by Celebrity Net Worth of $ 10 million.

The Puerto Rican married the reggaeton singer Don Omar, one of the most influential in the genre, in Puerto Rico, on April 19, 2008. In 2010, Jackie Guerrido participated in the Univisión reality show “Look who is dancing.” which was broadcast by Univision.

In January 2017, Jackie surprised millions of Hispanic viewers by presenting the news on Primer Impacto with Pamela Silva. Guerrido used to present the weather before the departure of Bárbara Bermudo, who for 15 years led the renowned program with Silva.

A person close to Bárbara Bermudo said that she was in ‘shock’ after being ‘replaced’ by Guerrido, who according to Celebrity Net Worth, for several years presented the weather for the Univision program, Despierta América, one of the most popular among the Hispanic community in the United States.

Bárbara Bermudo, one of the most recognized Hispanic journalists, a few years ago was ‘removed’ from Primer Impacto, a Univisión program that she hosted with Pamela Silva, in the midst of a ‘scandal’ over the sudden decision of the television station not to renew her contract.

The famous Puerto Rican journalist has a net worth calculated by Celebrity Net Worth of around $ 8 million. Like Pamela Silva, she was listed by People en Español magazine as one of the 50 most beautiful people in 2007.