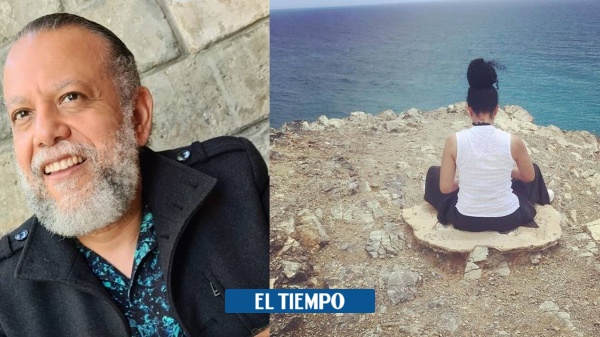 Alberto Linero left the priesthood in 2018 after serving for more than 20 years in the religious community and be one of the parents best known on Colombian television.

Now him priests has a sentimental relationship with a woman of whom very little is said, as he has preferred to maintain his courtship privately.

(You may be interested in: Who do you choose? Image of the possible end of ‘La Reina del Flow 2’ is filtered).

Through an interview that he gave last May to the program ‘La Red’, from ‘Caracol Televisión’, he said that he decided to leave the priesthood because he wanted to experience new experiences and sometimes he felt alone.

As he commented on the channel to which he was linked for a long time as ‘El Padre Linero’, now he is in love of a woman he knew many years ago, but with whom he began a relationship up to a year after retiring from religious life. He also said that he has preferred to keep everything very far from the media.

(What’s more: Carla Giraldo is waiting for MasterChef to finish to ‘reveal it all’).

However, a couple of days ago Alberto decided to share on his Instagram profile a Photo of his girlfriend, in which he put as a description: “It’s her…”, referring to the fact that he decided to tell after so long who his partner was.

In the photo you can only see the woman sitting back Oceanfront. Because the woman’s face is not shown in the snapshot, many users and followers asked again who is the girlfriend of the now writer and journalist and why she does not show or talk about her.

(You may also be interested in: A son of the famous singer Roberto Carlos passed away).

Faced with these questions, Linero decided to give details about his love life in an interview with the program ‘Lo sé Todo’, which aired on September 8.

In the conversation he explained the main reasons why he has not commented or shared much information about his girlfriend:

“I have not hidden her, many people have seen us on airplanes, they have seen us in the tourist places we go, to the stadium (…) She has her back turned but many people have already discovered her and searched for her. I don’t normally talk about her, because I think it’s her, she’s not an appendage of mine “.

Likewise, he commented that she is a great businesswoman that she wants to get things done on her own and not because she’s dating him. “I like that she opens spaces and that she wants to open them herself, not because she has a relationship with me. That’s why I usually try to respect her and try not to talk about her more than normal “, he told the journalist of the ‘Canal Uno’ program.

Linero is happy to share his life with someone who has made him live this experience that for him “It is a gift of life, it is a gift from God”.

In this way, it ensures that “I am being happy, after long enough to have left to exercise the priestly ministry, it is time to tell people that I have a relationship “.

What does Álex Pina, creator of ‘La casa de papel’, say about the series’ farewell?

‘If we have achieved something, it is to create our own style’: Aterciopelados

David and Daniela Ospina: how they looked before