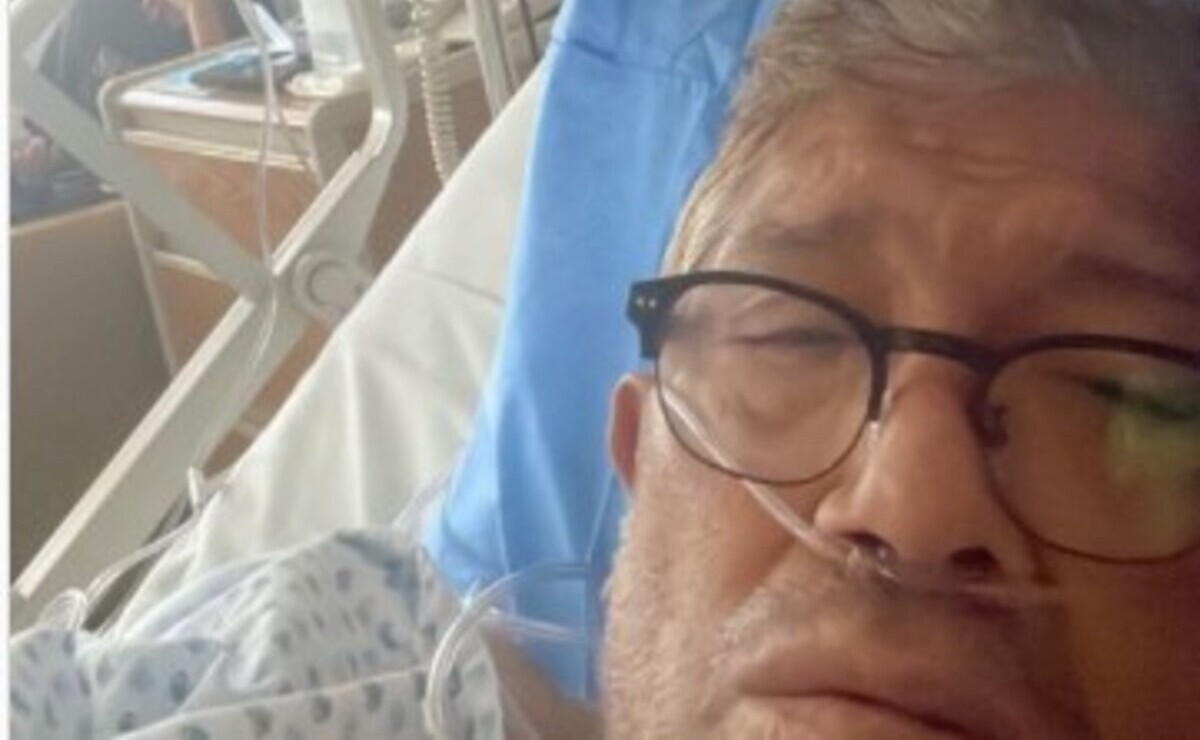 John Osoriothe producer of TV soaps from Televisaalready warned that he wants that when I left this world, his ashes be scattered throughout the gardens of this television station in which it was made famous.

Some days ago, John Osoriouploaded a photo to his social networks in which he was seen lying in a hospital bed, apparently he had to be hospitalized for a cyst and stress problems.

Now, the producer said that he has been thinking about his last wishes, about what he wants to happen to him when he is called to the side of the creator, so he asks that his body be cremated.

It may interest you: Omar Chaparro, a woman asks him for a photo believing it was Adal Ramones

“Now that we were in the hospital we had a pact with my daughter, (I told her) ‘Daughter, remember, God forbid, something happens… you cremate me in the afternoon, you take your little box of ashes, you keep it if you want for yourself. house and the others you water in the gardens of Televisa’”, he shared.

Juan Osorio assures that Televisa has granted him permission so that his last wish is fulfilled, and thus his ashes can remain inside the facilities of this company, in which, daily, actors, actresses and other people from the show come to entertain to the public.

I was born here, I am from that company, from the inventory and even if I stop producing because I do plan to dedicate myself to living a little, I will always be ‘televiso’, period, there is no turning back,” said Niurka’s former partner.

Juan Osorio is already 64 years old and his health was reduced at the beginning of this month of April. The producer had a cyst that was very dangerous, coupled with the great pressure of work, which affected his health, he shared.

I think that everything adds up, I think that it also has to do with the type of things that you live and above all this pressure that I have had with the series (by Vicente Fernández), well I am not going to deny it, it has been a job very exhausting and at the same time about La Herencia, the novel, but you don’t stop having the pressure”, he commented.

So now, his closest relatives have made this commitment to fulfill Juan Osorio’s last wish of life, because when he says goodbye to this world, they will be the ones who have to spread his ashes in each of the outdoor spaces where Juan has seen his life go by.

Six years working for the publishing house El Debate in Culiacán, Sinaloa and in Mexico City. With experience in covering the health sector, political parties, the presidency, marches and demonstrations, universities and academic sources, science, security, street stories, city characters, culture and shows. As a correspondent in Mexico City, I provide coverage of all news of national relevance, as well as various topics of interest for the Tercer Piso section, information published in the printed edition of the newspaper and on the website debate.com.mx. Contribution to the company’s digital content with live broadcasts for the Facebook platform in the EL DEBATE account. Until now, in my time at EL DEBATE, I have managed to obtain the 2018 National Journalism Award in the interview category, the 2015 Journalism and Competitiveness Award granted by the Council for the Economic Development of Sinaloa (Codesin) for my collaboration in the work journalistic “They profit from public property” by journalist Luis Enrique Moreno. I was also awarded a scholarship by the Ibero-American University of Mexico City in its Press and Democracy journalistic specialization program (PRENDE) 2017 and by the Center for Economic Research and Teaching, AC (CIDE) in its Diploma in Investigative Journalism 2019. I am a graduate of the Degree in Communication and Journalism from the National Autonomous University of Mexico.

Is the end near? Juan Osorio reveals his last wishes