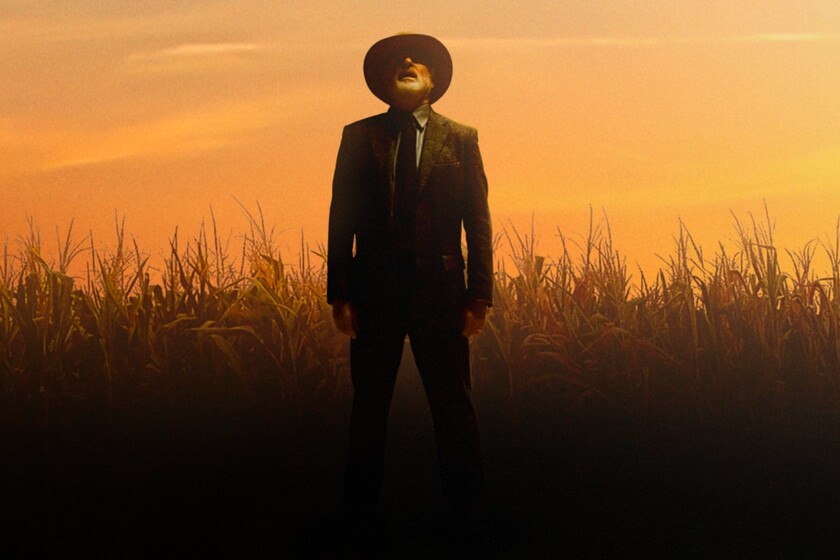 ‘Invasion’ is the new – and last of this size for this year – science fiction series on Apple TV +, and it takes us to a final stretch of the year in which the platform has seeded our screens with extraordinary genre series. Even further: series different from those we have seen on other platforms, who are finding it difficult to differentiate themselves more than Apple TV + is managing to distance themselves from the rest.

As it happens with ‘Foundation‘, ‘See‘, ‘Calls’ o ‘For all mankind‘,’ Invasion ‘isn’t exactly a series for all palates. Away from the attempts by platforms like Netflix to cover different shades and to smooth out complications To reach millionaire audiences, this new series by Simon Kinberg, writer of many of the ‘X-Men’ films and producer of ‘Mars’, does not give in to too many concessions.

That is the possible reason that Apple TV + has decided to release the first three chapters in one go, in a medium term (at least this initial week) between binge-watching and a serial narrative and relaxed that will undoubtedly benefit the series and the staggered pace that it clearly seeks. Of course, the most impatient viewers would do well to look for products more attentive to the immediate excitement or wait for the first season to finish to binge, because ‘Invasion’ advances at a speed that can twitch more than one nerve. And that’s good.

From the first moment, the series narrates an alien invasion that, at least at this start, is utterly hostile (and also highly enigmatic, as we will not see frontal attacks, but rather puzzling deaths and explosions of violence seemingly random). Unlike invasion films and series such as ‘War of the Worlds’ and its many adaptations (to which ‘Invasion’ undoubtedly owes the tone of mass hysteria), the Apple TV + series does not start with explosions and crazy chases .

In the first two episodes we will have a series of inexplicable events and the presentation of a choral cast spread around the world: from Japan and its space exploration agency to a group of school children, going through a marriage in crisis (which erupts at the same time as another more global and devastating drama), an Australian sheriff about to retire (Sam Neill) or a soldier North American bound for the Middle East. We will jump from one to another contemplating a threat of planetary reach. Supposedly their destinies will end up linked in one way or another, but something tells us that we still have to see it.

It’s too early to judge ‘Invasion’, but the boot could not be more exhilarating: not only is it extremely sophisticated visually (although at the moment the spectacular scenery and special effects are avoided -with the exception of specific lucky moments, such as a terrible accident in episode 1-), but dramatic moments are genuinely emotional and very well acted. The Instagram recipes moment, for example, from Chapter 1, is superb in its simplicity and intensity.

And yet there is a willingness to go more progressively that is already perceived in these first three chapters. Of the occasional outbreaks of death and destruction from the start of the series at the beginning of an almost apocalyptic situation that predicts the third. The Serie does not skimp on a variety of tones and decorations and the plot, at this rate, can stretch indefinitely. We have ‘Invasion’ for a while if viewers respond, and that’s great news.

Science fiction according to Apple TV + continues to evolve

The commitment Apple TV + has made to the genre this year is admirable. His is’ Foundation ‘, undoubtedly the adaptation of a literary classic most commented of the year together with’Dune‘, which has resulted in an excellent critical and public reception. He has managed to get around with creativity and splendid production design the obstacles inherent in adapting a work as static and verbose as Asimov’s. And hers is also, after buying it exclusively so that it skips the window of the cinemas, the new Tom Hanks movie, ‘Finch‘, which will premiere on November 5 and that promises an emotional apocalypse and a captivating performance.


Apple TV + has also continued this year with two very interesting genre proposals, very different from each other and it seems that they are finding very personal identities after their first seasons. On the one hand the sullen and blind apocalypse of ‘See’ with Jason Momoa at the fore. On the other, the very careful ucronía ‘For all the humanity’, in which the Russians arrive first to the Moon, which generates a completely alternative history to the one we know. And to top it off, ‘Calls’, a tiny experimental miniseries by Fede Álvarez that is among the best of the year and that delves into fields as literary as they are abstract.

All this makes up a wide range of proposals (to which are added even more open forays into the fantastic, such as’Lisey’s story‘or’ Servant ‘) that give us a diverse and multicolored vision of the genre, from the most emotional to the most adventurous. Each spectator will decide which proposals interest you the most, but it is indisputable that they all share an impeccable technical invoice (catapulted by the splendid technical support provided by the platform, which in our last comparison on the subject provided the best bitrate figures) and a certain thematic and narrative ambition.

That ambition is perceived, of course, in ‘Invasion’, which does not give in to the temptation to provide continuous show to keep the viewer hooked. He allows himself to disappear during a long parenthesis who seems to be his protagonist because it suits the story, and he is not afraid to dedicate time to the psychological background of his characters, with stories that may not always be perfect, but that possibly they adequately prepare us for radical decisions to be made later.

‘Invasion’ could also be called ‘What happens to people during an invasion’, and its lack of outright action (although there is also time for the show with interesting visions of pure gigantist science fiction) is not going to make it in a viral hit a la ‘The Squid Game’. But It is a perfect testimony that Apple TV + has in its catalog different proposals (within the genre and also outside it, you just have to watch series like ‘Ted Lasso’ or ‘The Morning Show’) and that it would be a terrible mistake to ignore the platform for its apparent secondary role.