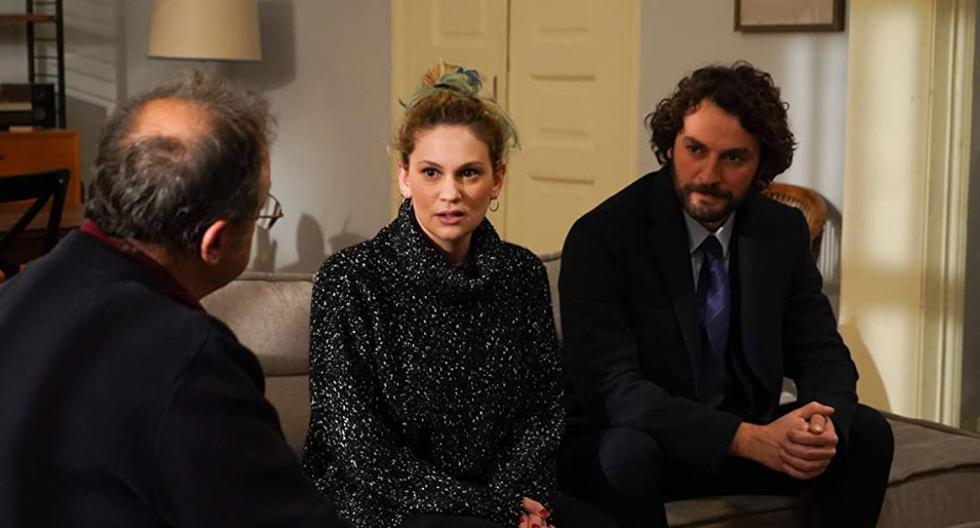 What hours does “Innocent“? The Turkish soap opera “Masumlar Apartmani” experiences some exciting chapters marked, above all, by the behavior of Gülben (Merve Dizdar). The story of Inci (Farah Zeynep Abdullah) and Han (Birkan Sokullu) has become one of the most popular on the television grid and, in recent weeks, has had an intriguing preview of what will happen to the protagonist’s sister. For this reason, as in “My daughter” (“Kizim”) and “Love Is in the Air” (“Sen Cal Kapimi”), the public wants to know what time the new episodes will come out.

MORE INFORMATION: Han, will he be able to kill Uygar?

The turkish series appeared for the first time on September 15, 2020. The public of Turkey, immediately, he accepted it and began to popularize it for its particular story, which not only has the attractive elements of drama but also delves into the obsessive compulsive disorder (OCD) from They have and her sisters.

How many chapters does “Innocents” have? Ottoman fiction has, so far, 37 chapters in a single season. The episodes, in their original broadcast, have a duration of 120 to 140 minutes. It was learned that he will have a season 2 which will appear in September in Turkey, according to international media.

What is “Wounded Souls” about? The Turkish soap opera focuses on the couple of Inci and Han, who know each other in an untimely way but love blossoms fast between them. Only they will have to overcome the obstacles due to the very delicate conditions of their families, those who look down on their sentimental relationship.

WHAT IS THE “INNOCENT” SCHEDULE IN ANTENA 3?

The Ottoman series “Innocent”Is broadcast in Spain through the television channel Antenna 3. The updated programming of the television grid indicates that fiction premieres new episodes from Monday to Friday in the 22:45 hours.

This Monday, September 20 and Tuesday, September 21, two new chapters will be released after the talk show “The anthill“And after the other successful Turkish soap opera”Bitter land” (“Once Upon a Time Cukurova”, In its original language).

The followers of “Wounded Souls” also have the option of watching online and live the chapters that will appear this week through Atresplayer Premium. This streaming platform has all the episodes released so far and also the possibility of watching the new ones in advance.

WHAT WILL HAPPEN IN THE NEXT CHAPTERS OF “INNOCENTS”?

What will happen in the next episodes of “Innocent”Is marked by the actions of Gulben, who continues to imagine a romance with Esat, despite the fact that he seeks a way for her to understand that it is a misunderstanding.

It will be known what happened to Esra. The announcer was on the radio next to Esat when Gülben He appeared suddenly to make it clear for him to get away from the person he loves. However, the discussion got very heated and ended with Han’s sister pushing Esat towards a glass partition. Will Esat survive the attack?

That was the outcome of constant and various threats that he has made. Gulben to Esra, first live on the radio, as well as the box with a bloody doll as a way to scare her and thus leave her away from Esra’s environment. Will revenge have materialized in the next chapter of “Innocent”?

Gulben attacks Esra as she is completely in love with Esat 💗

IS “INNOCENTS” BASED ON A REAL LIFE STORY?

The Turkish soap opera “Inocentes” is an adaptation of the Gülseren Budaıcıoğlu in libro “The Inside of the Medallion”, a famous psychiatrist for fictionalizing the stories of his patients who passed through his office. The novel was published in 2004 and has a section called “Trash Apartment”, a story that was taken to make the popular Ottoman series.

WHO ARE THE ACTORS AND CHARACTERS OF “INNOCENTS”?