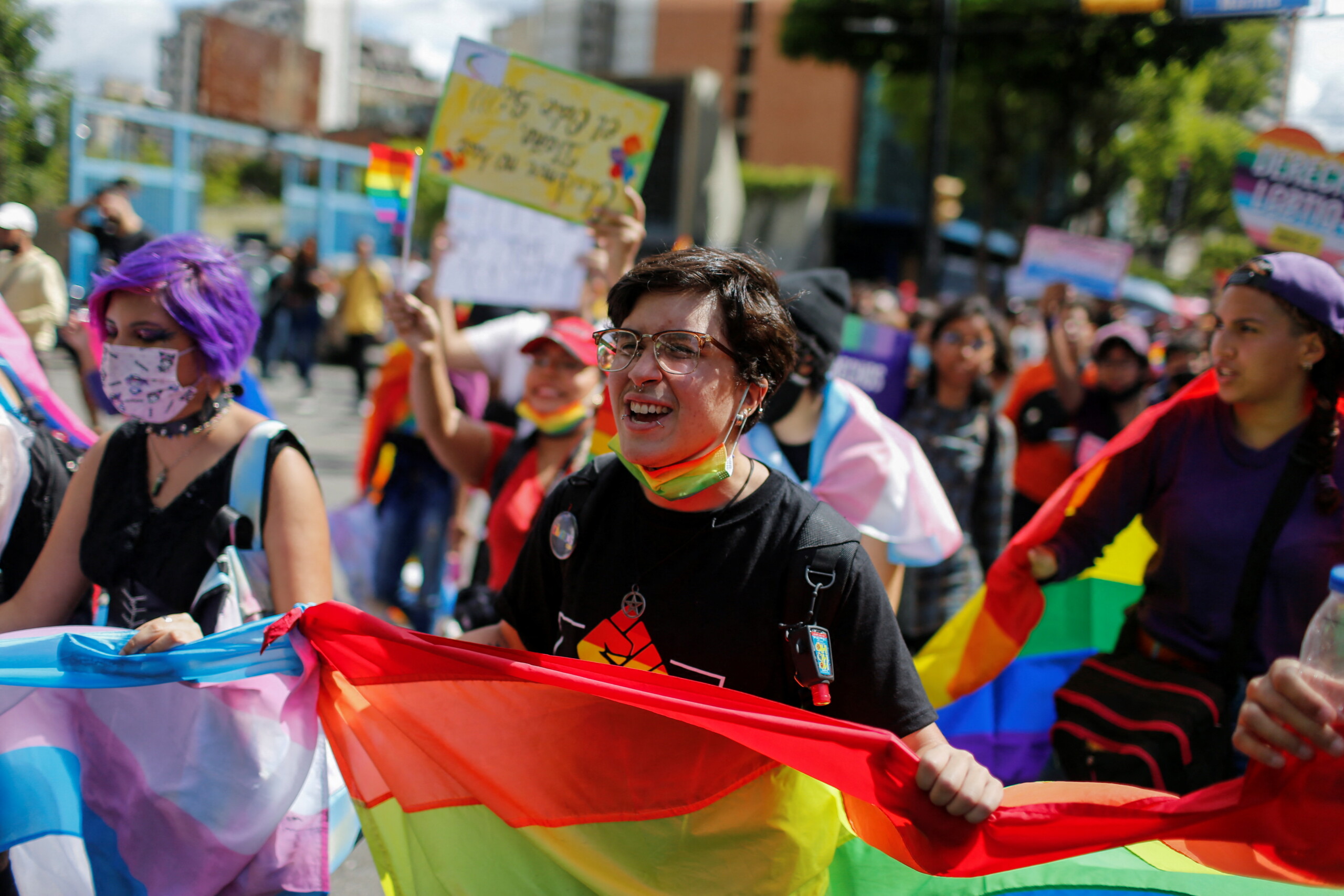 Nicolás Maduro again made a homophobic comment on the air, this time in Pride month, weeks in which the world’s LGBT+ communities come together to celebrate the freedom to be themselveswhile making visible the problems they face on a daily basis.

“Take advantage and put on a little red shirt. I am also going to wear a red shirt, Víctor Clark, because being pink makes us both suspicious, especially you ”, Maduro says laughing, while the governor smiles and says “no” with the index of his hand.

And it is that, unlike most of the governments that came to power between the end of the 20th century and the beginning of the 21st century, flying the flag of progressivism, the Chavista regime has turned its back on any progress in terms of legislation on the rights of the LGBT+ populationblocking the debate in the Legislative Assembly on same-sex marriage even after the center-right administration of Sebastián Piñera promoted it in Chile.

Maduro has used homophobic epithets in the past to disqualify his opponentsmost famously Henrique Capriles, when he said that he did like women during a political rally during the campaign for the 2013 elections.

The leader of the Venezuelan regime promised last year that the new Legislative Assembly, controlled by Chavismo, would deal with same-sex marriage, but after the elections Maduro did not mention the subject again.

In Pride Month, multiple activists and non-governmental organizations have prepared meetings, educational talks and a national banner – on June 24 – in six cities in the country (REUTERS / Leonardo Fernandez Viloria)

In Venezuela you live a lag in legislative matters for LGBT+ people with respect to the other nations of Latin America, and the Maduro regime is one of the most hostile to the community in the region and to hundreds of complaints of human rights violations against members of the collectiveranging from shortages of antiretrovirals for HIV/AIDS patients to hate crimes that are not investigated by the Public Prosecutor’s Office.

That’s why During Pride Month, multiple activists and non-governmental organizations have prepared meetings, educational talks and a national banner – on June 24 – in six cities in the country, including Caracas and Maracaibo. There will also be a talk on the 22nd on how to publicly advocate for the rights of the diverse community and a Festival for Pride with cinema and other cultural activities.

This year they are preparing a march for July 1 in which they plan to hold meetings with representatives of the government and legislators in order to demand their inclusion when passing laws and regulations in favor of the LGBT+ population. As part of the commemorations and celebrations that culminate with the Pride Parade, there will be a cinema, a bicycle wheel, educational gatherings and artistic activities with drag queens.

The annoyance of the LGBT + movement in Venezuela after the statements of Maduro’s attorney general against equal marriage
Subdued sexuality: homicides of gay men frighten Colombia’s second city
Guatemala is one of the most hostile Latin American countries towards the LGBT+ community: a viral campaign seeks to reverse it

In Pride Month, Maduro made a homophobic comment on television