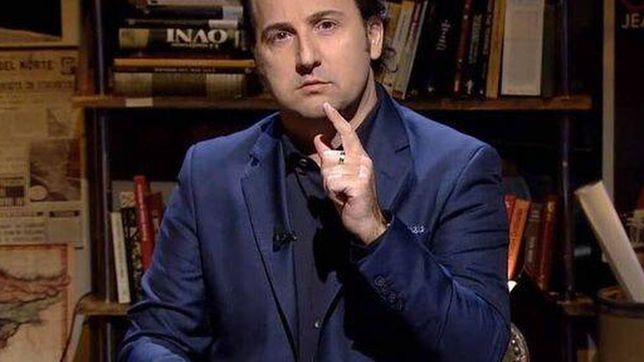 Iker Jiménez closed one of his last speeches in ‘Fourth Millennium’ with some words that have not stopped circulating on social networks. The presenter rescued a tweet from Arturo Pérez-Reverte about the inclusive language and shared with viewers his opinion on the subject: “I’m not a practical example of this, obviously, but language, especially when it is with ordinances, tends to say the most in less space. Here it is the other way around. In order not to look bad, listen, ”she began expressing herself.

“And this is not a criticism, because for whatever reason now they call you facha or ‘fache’, Franco or ‘Franque’, nor about politics, because nobody is left out of this. It amuses me to see some people who laughed at inclusive language now using it. In some cases bordering on the ridiculous, because since they don’t know…”, he dispatched. According to him, using this type of language would force him to do “two hours of introduction” and would not have space for the rest of the content.

The Basque presenter continued wondering if his ‘hello, friends’, ‘dear friends’ or ‘welcome to the mystery ship’ were really something controversial: “Do any women who watch the show think that by saying ‘hello, friends’ I didn’t include her? But what is this? Who wants there to be trouble there? Who profits,” she explained. “I’m still ignorant, but I thought that Spanish, since time immemorial, gave us the tools to say ‘hello, friends’ and refer to any gender, as usual. But when idiocy enters the human neuron, there is no stopping it. There is a competition to see who is the most purist”.

“Either this or you are a ‘fache’, we are going to be inclusive. Well, I don’t mind being ‘fache’ if being ‘fache’ means being with the language. Do I have to distort things to be praised? This is a question of personality, not of being ‘fache’, facha or ‘facho’. When a certain population has been taught that anything I don’t like is a facha, because they don’t know what the word means either, we have a serious problem, ”he continued.