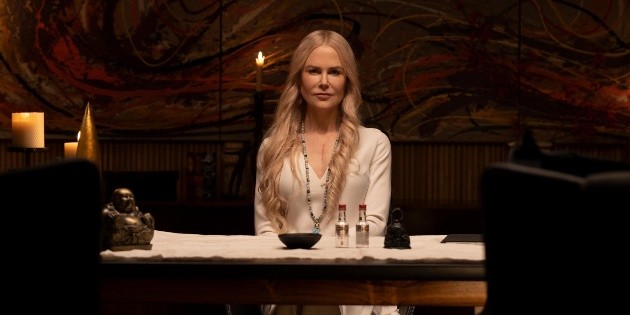 This Friday Nine Perfect Strangers came to Amazon Prime Video. It is a serie starring Nicole Kidman in which nine people who live in the city, stay in a health and wellness resort with the idea of ​​curing their stress. In a bet that combines drama and suspense, the production presents the director of the place, a woman who promises to revitalize their minds. If you have already seen all the episodes and do not know which series to continue with, here we present a list for you to take into account.

4. The mess you leave

This eight-episode miniseries premiered on 2020 and is available in Netflix. It is starring Inma Cuesta, Bárbara Lennie and Tamar Novas, among others. The main character in this production is Raquel, a literature teacher who agrees to make a replacement at an institute in a Spanish town. A death suspicious It happened very recently at school, and on his first day he finds a note among his things that says: “And how long will it take for you to die?”.

On 2020, premiered this dramatic series that currently has a single season of 10 episodes. A group of teenagers, played by Erana James, Helena Howard y Sara Pidgeon, must unite to survive after a plane crash that leaves them stranded on a desert island. A social experiment that forces women of different origins to bond.

The acclaimed Julia Roberts plays Heidi Bergman in this series so highly rated by critics and viewers. Premiered in 2018 and has, at the moment, a total of 17 episodes. Roberts plays a social worker who is part of an organization that helps soldiers rejoin civilian life. However, the woman chooses to start a new life in a small town working as a waitress.

If you enjoyed Nine Perfect Strangers on Amazon Prime Video, you can’t miss out on The Undoing. The reason? Not only does it star Nicole Kidman, but it was also created by David E. Kelley, like the new production. This series premiered last year with a great cast: Hugh Grant, Matilda De Angelis y Noah Skirts. During its six episodes, it addresses the life of a therapist who discovers that her husband could be responsible for a catastrophe.