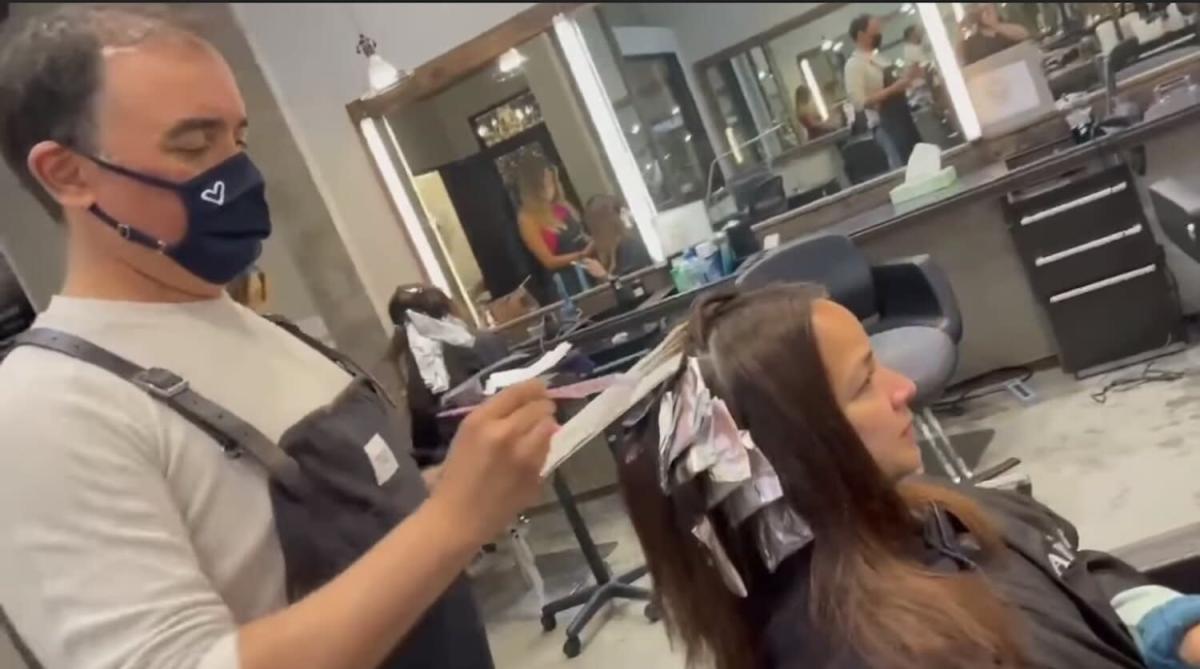 New life, new look … Adamari Lopez is about to start a new professional adventure within the Hispanic television of the United States as a judge of This is how you dance, the new reality show on Telemundo that will have 10 celebrity couples compete on the dance floor.

Excited and excited about this important challenge in her career that will lead her to debut in the prime time Sunday of the Hispanic network, the charismatic presenter recently decided to undergo a makeover to renew her image for the premiere of the program.

“I wanted a change to start this new project and although my soul stylist resisted, she didn’t have much choice but to fulfill my wishes,” shared the former actress of successful soap operas such as Wild cat and Friends and rivals along with a recording that he published on his Facebook page in which he shows step by step the process of his change of look.

The program’s co-host today (Telemundo) chose on this occasion to lighten her hair and could not be happier and more content with the final result.

“I was delighted and, do you like it?” Adamari asked his followers.

The reactions of his fans, of course, did not wait.

“Beautiful tone. It was spectacular,” a follower soon commented.

“You look spectacular and you look even more like Alaïa with that tone”, can be read in another of the thousands of comments that instantly flooded Adamari’s publication.

“That tone rejuvenates you, your look looks very nice,” said another person.

This is how you dance, the new program in which the host will participate, will premiere on Sunday, September 12 at 8 pm ET on Telemundo.

More about This is how you dance

This is how you dance is an original Telemundo dance competition that will show 10 celebrities facing the dance floor with their favorite partner, be it a married couple, siblings, best friends, and even parent-child duos. Featuring a diverse range of Latin music genres, accompanied by spectacular choreography, each pair will take the stage each Sunday to face a dance challenge like no other, in order to stay in competition and enter the next round. Viewers will be able to witness the emotional and moving process of these personalities as they overcome a series of challenges, routines and workouts to become the best dance partner.

Every Sunday, the jury will evaluate their submissions, but in the end the vote of the audience will determine which will be the winning couple who will exclaim ¡Así se baila!

IN VIDEO: Belinda and Christian Nodal: caught together after their supposed breakup