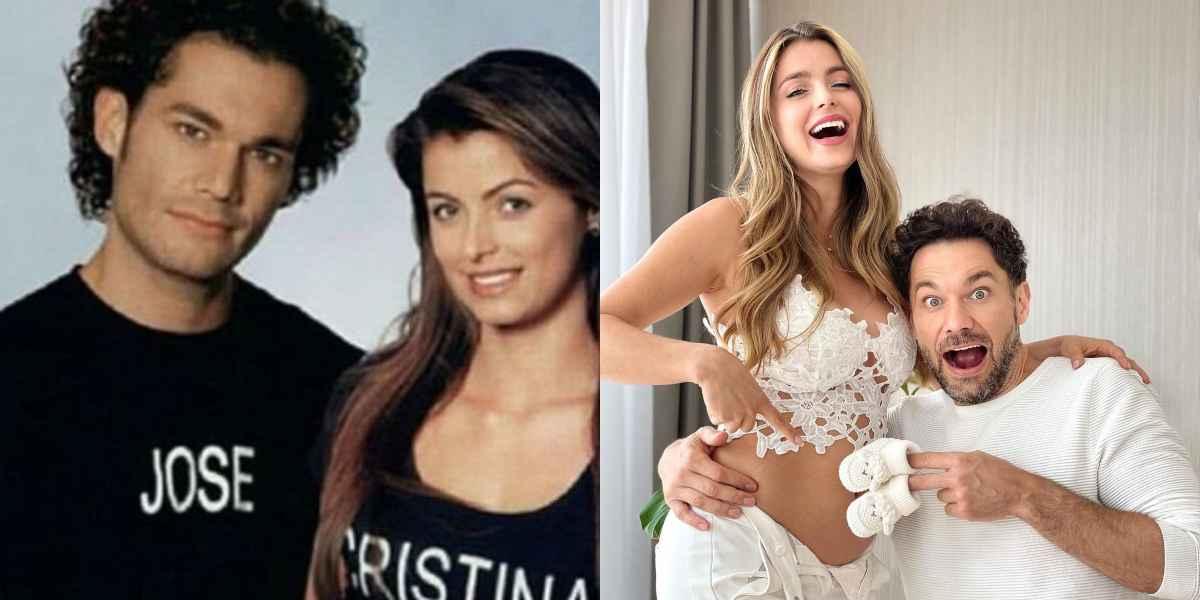 The presenters of Guerreros, Cristina Hurtado and Josse Narváez are one of the most stable couples in Colombian entertainment and now they celebrate their love even more with the news that she is pregnant. But how did your relationship start?

To know many more details we went to the past, when Colombia’s only live reality show, Guerreros, was just beginning to consolidate as one of the most successful television programs in our country.

That happened in 2017 when the new Channel 1 was born and with it this project that, to this day, continues to grow and is about to turn four years on the air.

This is how Cristina announced that she was pregnant

Cristina Hurtado was the first talent to arrive on Channel 1 to give their talents to this program live and what was best and new for everyone, his teammate would be her husband, actor Josse Narvaez, who had never been a presenter.

The couple made the cover and headlines in various magazines and newspapers, as well as they also went through several radio stations to promote Guerreros and their first work experience together.

One of those stations was W and at that time, the journalist Vicky Dávila interviewed them Live on Facebook and YouTube to learn a little more about their relationship.

The interview began with Josse confessing that he never imagined presenting a reality show alongside his wife, since even he was helping to look for Cristina’s partner for Warriors.

How was the love between Cristina Hurtado and Josse Narváez born?

It is no secret to anyone that the two met in the coexistence of an acting reality show in 2003, but few remember details of how it all happened.

The beautiful landscape assured that she was 19 and he was 26 when he started his love story inside a studio house.

In the interview, Cris said that at that time all the reality girls were fascinated with Josse and she was curious to know what the charm was.

In a performance test, Cristina was able to choose her scene partner And to find out what was the charm of this coastal man, he chose him and also, it turns out that in the roles they were going to play there should be a kiss.

“That was love at first kiss”, confessed Cristina Hurtado in the interview by revealing that it all started because in that scene in which Josse played the role of his lover there was a passionate kiss that fascinated them.

For his part, Josse admitted that he had already spent a month in the reality show that nothing had happened between them because they had an affinity with other participants, but after that, his story changed forever.

The journalist Vicky Dávila also asked them if it was true that something more than a kiss had happened inside the Casa Estudio and told them: “Was there shivering?

You can see more about how the presenters started their relationship from minute 9:56.