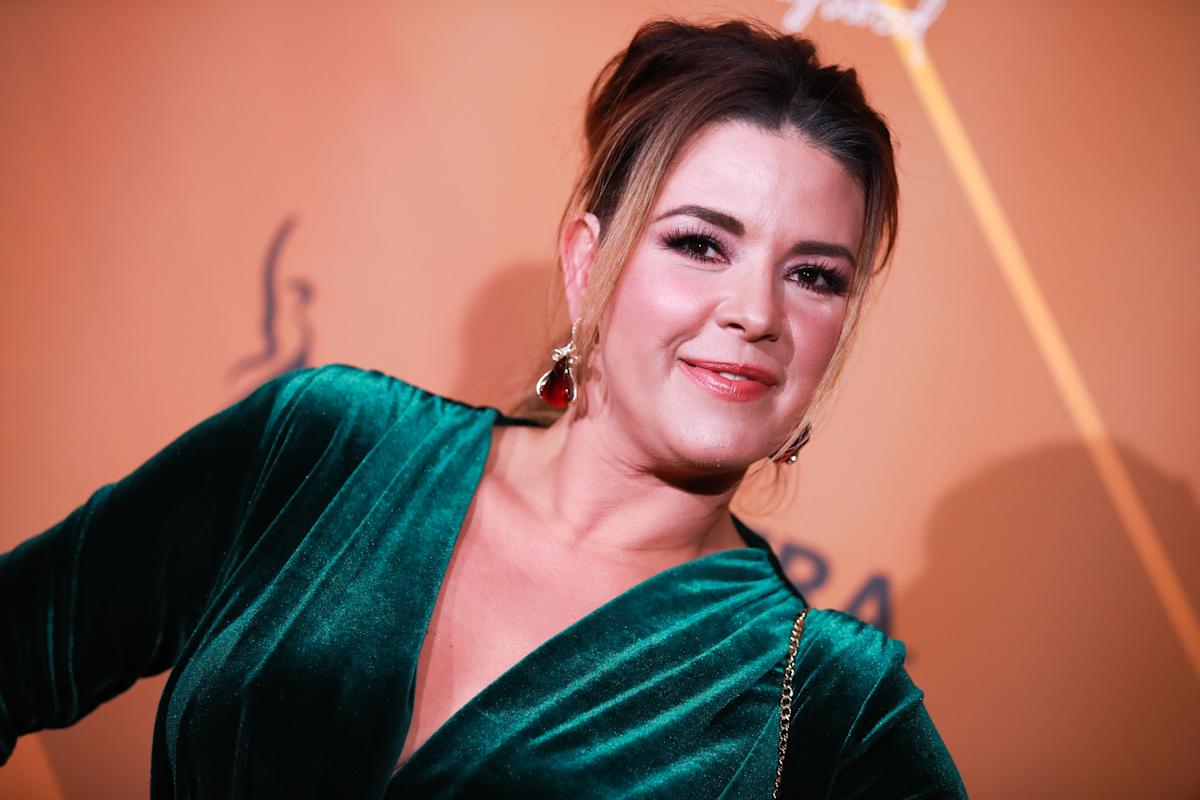 When a person attacks you it is because somehow you are moving something in himself that causes him deep discomfort. Perhaps Gaby Espino’s thinness has reminded Alicia Machado of having been harshly criticized for her weight on many occasions.

The most remembered, when in 1997 she was forced to exercise in front of the media, in an action that ridiculed her because she was almost 20 kilos more, something that could have happened to any woman in the world. That action by Donald Trump, then president of the Miss Universe organization, was considered a humiliation and disrespect, and even served as election campaign material for Hillary Clinton in 2016.

It is probably this internal struggle against his own appearance that causes him to frequently fall into the shameful situation of criticizing others. Many believe that she acts this way to win the limelight, that it is the controversy that keeps her in the media, but the truth is that it is regrettable that she resorts to these actions when she herself has overcome a thousand difficulties, and has faced many situations to be respected.

Undoubtedly, her loose and unfiltered word has gotten her into trouble on more than one occasion, it has also earned her applause, of course, but under no circumstances can she deserve respect if she directs her attacks at another woman who, incidentally, is her countryman.

The point is, in a recent episode of The home of the famous, the former Miss Universe said, hiding behind the phrase “my humble opinion”, that Gaby Espino seemed ill. She claimed that she had a gastric bypass and that she was obsessed with being anorexic. “How skinny the Espino looked. I don’t think she looks good, she already looks sick, in my humble opinion, I don’t like it,” he declared among other things.

It sounds like a comment from gossiping neighbors, but no. It is a comment made by an actress who is seen by hundreds of people on the screens and who has a daughter who could go through the same thing in the future, because what Alicia Machado said in the Telemundo program it is called body shaming and not all the ratings on Hispanic television in the United States justify that action that she herself suffered.

As explained in the specialized portal Siquia, the body shaming refers to the practice of humiliating someone because of their physique, and encourages the cult of a perfect, unreal and unattainable image. “It can affect anyone: women and men, tall and short, bald and those who do not wax … but especially women.”

At a time when even famous women raise their voices to defend themselves from their platforms, and when even the youngest are teaching adults to be more empathetic and respectful by avoiding these old-fashioned and cruel comments, it seems unusual that women themselves incur this practice, and as long as we do not face it, it will be difficult to overcome it. We must insist that our value does not lie in the perception that others have about our appearance.

How to respond to an attack

A few months ago Gaby Espino was criticized on social networks for the same thing, being too skinny. At that time, the actress said that she was in very good health and that she liked to look like this, that she felt healthy and considered that she is in her best moment. The barrage of attacks against his appearance did not seem to affect him. But what happens to the people who are affected by these types of comments that incite competition between women and value judgments in relation to appearance?

“These are comments that are translated as violence, even more so if the person who receives it is vulnerable, but the truth is that all people affect us in some way,” says the psychologist specializing in body image and eating disorders. Maria Teresa Valero, who adds that to face these situations, the first thing is to understand that there is nothing wrong with our body, whatever it may be; And if we feel affected by these types of comments, nothing happens either. It is normal.

If we are in front of the person who attacks us, we can also act assertively. For this, the psychologist Maria Elena Badillo recommends, first, avoiding three fundamental mistakes. The first is to respond with another attack, because when we respond to an offense or criticism with another we cause a senseless snowball from which we will surely be injured.

Then defend ourselves. “Do not defend yourself, he who does not owe it does not fear it. By defending ourselves we agree with whoever is attacking and open a door for this type of comments to continue to occur.” And third, remain silent before the comment. When we keep quiet, because we think it is the best way to downplay what happened, we are not making a difference. If derogatory comments keep flowing, it’s because keeping quiet isn’t working.

In its canal from YouTube, the expert recommends responding directly by surprising the attacker without showing insecurity. One suggestion is to say “Really? What bothers you about my appearance? I feel good the way I look,” and add, “What would you change in my place?” The expert explains that if we say something forceful, we will surely disarm the malicious person. He is not waiting for this reply and will therefore be silent.

“We can add something like ‘Thank you for your comment, but It will always be much easier to attack what we do not like in others, instead of seeing what we do not like in ourselves’. People do not see you as you are, but as they are. We are mirrors of each other … If you live criticizing others, if you are constantly on the defensive, if you are seeing the negative in another, what does that say about yourself and the way you relate to yourself? “, Badillo assures and adds that “if someone has a dissatisfaction, he does not feel satisfied with what he is, it will always be easier to project that discomfort on others “.

We are happy for the success of Alicia Machado, that she is recognized as an actress, singer, star, or whatever she dreams of, but if this success arises at the expense of stark criticism of another woman for her physical appearance, having herself been a victim of this , it is totally despicable.

IN VIDEO: Billie Eilish admits she doesn’t get along with her body