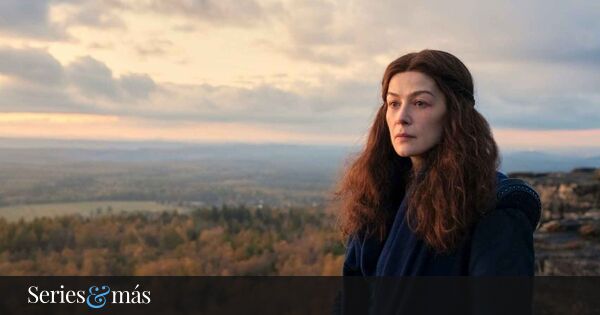 2021 has been a year of transition for Prime Video. No platform seems to have suffered as much from the consequences of the production delays that the entertainment industry suffered last year due to the quarantine and the fear of outbreaks in the filming. Invincible Y The underground railway were the most notable titles in its catalog, but the platform needed a success with which to maintain the interest of its audience until its two star titles arrive in 2022: the premiere of The Lord of the rings and the new episodes of The Boys. We already have a winner: The wheel of time, the adaptation of the popular saga of fantasy novels.

Laying the foundations of a universe

The dream of any platform in the new audiovisual paradigm is to find its own Game of Thrones, a series that boosts its brand image and is the spearhead of its programming for several years. Apple tried it with Foundation, Netflix con Shadow and bone Y The Witcher and HBO itself recovered the classic Westworld. Amazon Prime Video has not been left behind, betting on two brands that should be infallible: The wheel of time Y The Lord of the rings. Precisely the premiere just 20 years ago The Fellowship of the Ring Y harry potter and the Philosopher’s Stone They started a revolution in Hollywood that led studios, networks and now platforms to search for a new gold mine in the form of a fantastic franchise.

The first to arrive at Jeff Bezos’ streaming service has been the transfer to the small screen of a vast magical world that already in its literary source had been influenced by the work of JRR Tolkien. The showrunner Rafe Lee Judkins he had several major challenges. His version of The Wheel of Time was to be as accessible to viewers new to the magical universe as it was stimulating and complementary to the millions of fans who brought eight books in the saga to the top of the New York Times best-seller list.

The protagonists of ‘The Wheel of Time’.


The first installment of the series appeals in its best moments to the spirit of The Fellowship of the Ring. In a way, Moiraine looks like a more devious, feminine version of Gandalf the Gray, while the five young men from the cursed village of Two Rivers recall the group of hobbits who left the Shire unaware that they had embarked on an adventure that it was going to change their lives forever. The big difference is that in The Lord of the rings it was clear from the start that Frodo was the chosen one who should stop Sauron and his army from seizing the One Ring. In the first season of The wheel of time, The great mystery has been discovering which of the young men is actually the Reborn Dragon of which the legends speak. Or at least it should have been.

Who expects to be surprised by the revelation of the identity of the chosen one will be disappointed, although the promising season finale of the character partially compensates for the inert construction of an intrigue that never became mysterious. Perhaps the most interesting thing about the trip has been to confirm that the five young people are destined to occupy an important role in the fight against the dark side, regardless of who was the chosen one or the chosen one that the prophecy spoke of. Even Mat Cauthon, a character who will change actor in the second season of the series after the unexplained departure of the Barney Harris series and who suddenly disappeared without any explanation from the writers.

In the more than thirty years that have passed since the publication of Robert Jordan’s book until its first audiovisual adaptation, multiple films, novels and television series have been released that share the starting point with The wheel of time. We lack fingers on our hands to tell all the stories that speak of the cyclical nature of time where everything dies to be reborn again and whose universe revolves around a prophet who appears every so often with the potential to save or destroy the world. world as we know it. The Amazon series has taken its time to find its site and the right tone in a panorama full of similar stories, but the episodes about the false Risen Dragon (a character played by Álvaro Morte) and the consequences that his arrival has on the protagonists or the sometimes speculating end of the season invite optimism for future deliveries. 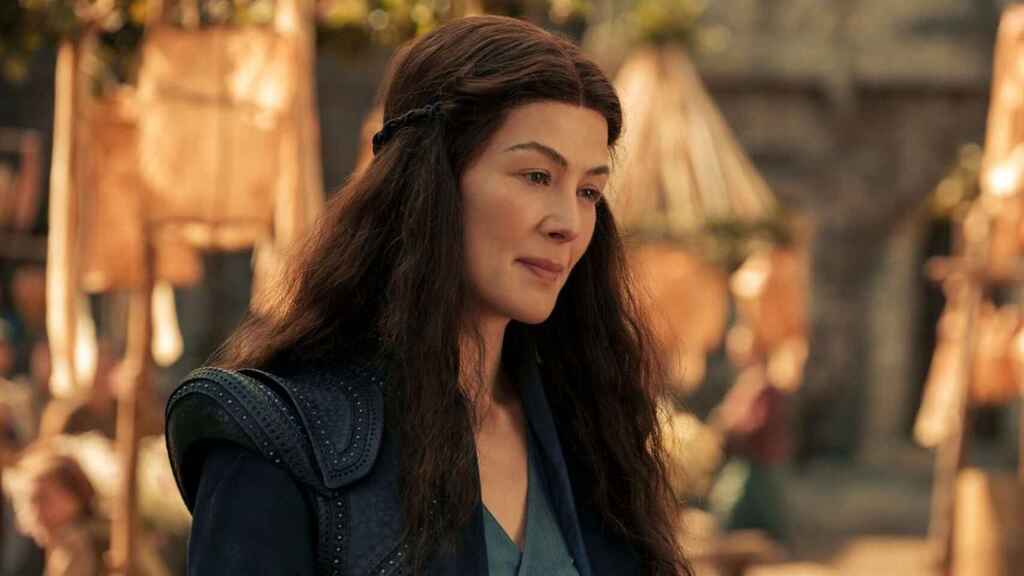 Rosamund PIke is the biggest claim in the cast of the adaptation of the popular literary saga.


If the plots of the young people have sinned irregular during the first installment of the series, there is an element that has always worked in The wheel of timeor: the powerful organization of women who can channel the One Power and who must ensure that the Dark One, the oldest and most powerful force of evil in the universe, does not end the world. Although the Aes Sedai should be the heroines of history and their world, even in Robert Jordan’s universe women who are powerful are mistrusted. Especially if they refuse to explain, like that Moiraine Damodred who plays a wonderful Rosamund Pike.

The actress of Lost embraces the darkness of its most famous characters to become the heart of the series, either in its relationship with its guardian al’Lan Mandragoran (the consequences of the special bond between these protectors and the powerful women through the use of Saidar gives rise to some of the most powerful moments of the season) or with the head of the Aes Sadei who plays Sophie Okonedo in one of the most emotional chapters of the series. It may not be the Dragon Reborn, but Moraine is the most important reason to look forward to the second season of the series. 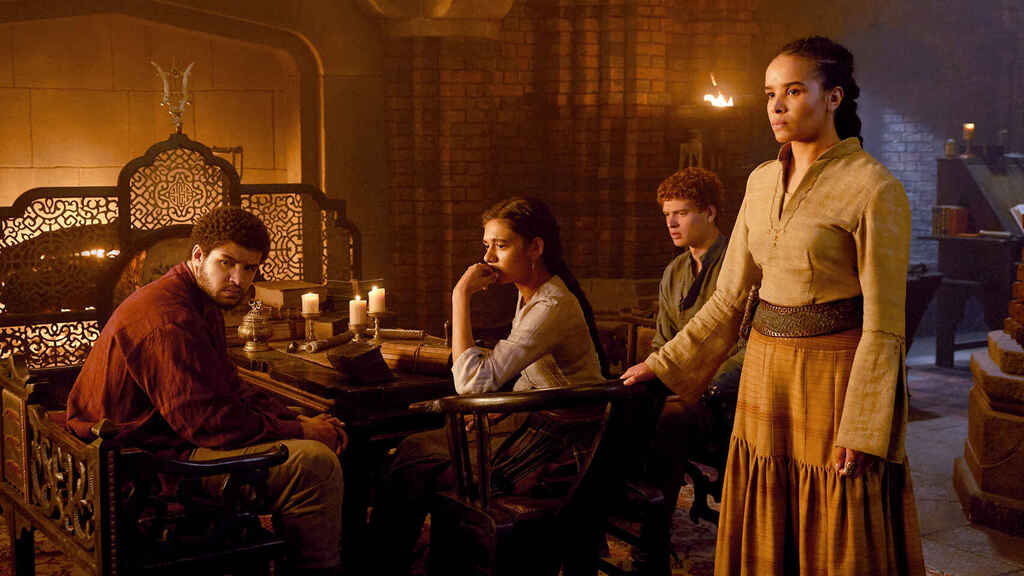 Data from Nielsen, the only verified streaming audience system in the United States, has confirmed that its premiere has been the best data from an Amazon original series since the debut of Hunters in February 2020, just before the pandemic. The first three episodes of The wheel of time they exceeded 1,160 million minutes seen during their first three days on the platform, about 8 million viewers per episode. The numbers were enough to widely surpass the big premieres of the week on Netflix: the return of Tiger King and the debut of the already canceled

Since Nielsen began measuring weekly audiences fifteen months ago, the only Amazon production to exceed 1 billion minutes was the premiere of the second season of The Boys in September of last year. The wheel of time exceeded that record despite the fact that the audience system only takes into account viewings in the United States and on televisions, so with international consumption and viewings on computers and mobile devices, the data of the series is even better .

In the absence of knowing the audience of his next installments, everything indicates that the season of The wheel of time that just ended today with the broadcast of its eighth chapter will be the first of many. There is plenty of material: Jordan and Brandon Sanderson (his successor after the author’s death in 2007) wrote 14 novels between 1990 and 2013.

All eight episodes of the first season of ‘The Wheel of Time’ are now available on Amazon Prime Video.

• Sara Ramirez: “If a non-binary character bothers you, it may be because you are not comfortable with your decisions”

• Mackenzie Davis: “‘Station Eleven’ Is The Post-Pandemic, An Inspiring Story Of Resilience”

• ‘Hawkeye’ closes the season as one of the best Marvel series