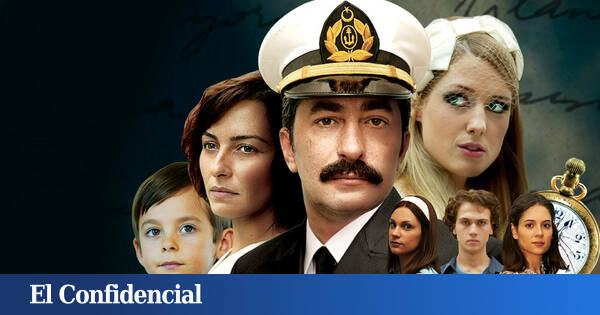 Atresmedia will soon add a new title to its catalog of Turkish productions. It is about ‘Öyle Bir Geçer Zaman Ki’, a fiction that in our country will be known as ‘Sea of ​​love’. The series, starring Erkan Petekkaya (Ali) Ayça Bingöl (Cemile) and Wilma Elles (Caroline), will land on the grid of Nova then devastate in more than 30 countries.

‘Mar de amores’ is a story of overcoming and freedom, a series endorsed by critics that, in addition, has been awarded internationally. Aired between 2010 and 2013, Kanal D’s series was a huge audience success, which was why it was renewed for three seasons. In total, it had 120 chapters, each 120 minutes long..

Atresmedia will offer an hour of chapter each day, so ‘Sea of ​​loves’ could last until next summer if Nova maintains this rate of emission.

‘Sea of ​​Love’ is set in Turkey in 1962 and tells the story of the Akarsu family. Ali (Erkan Petekkaya) is married to Cemile (Ayça Bingöl), with whom he has four children: Berrin (Yıldız Çağrı Atiksoy), Mete (Aras Bulut İynemli), Aylín (Farah Zeynep Abdullah) and Osman (Emir Berke Zincidi). Captain of a merchant ship, he spends long periods at sea.

After one of his trips, his wife accidentally finds a letter in which she discovers that her husband has an extramarital affair with Caroline (Wilma Elles), a young Dutch woman. Although this discovery leaves Cemile completely devastated, she will try by all means to save her marriage.

Nevertheless, Caroline, her lover, will give Ali an ultimatum to decide if he wants to continue with her or if, on the contrary, he plans to return to his wife’s side. Faced with Ali’s immobility, Caroline decided to travel to Turkey.

Caroline’s presence in Istanbul will unleash an earthquake of feelings. Cemile, beside herself, will stab her husband’s lover, so you will end up in jail. From that moment on, her life and that of her four children will change forever.