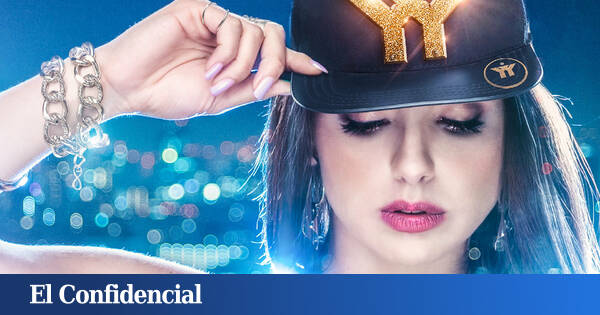 Nova adds a new production to its grill. The chain of Atresmedia premieres this coming Monday, August 23, starting at 5:30 p.m., ‘The queen is me’, Mexican soap opera starring Colombian actress Michelle Renaud. We are facing a version of the famous Colombian series ‘La reina del flow’, which is currently broadcasting its second season on the Netflix platform.

Produced by Sony Pictures Television and Harold Sánchez, among others, ‘La reina soy yo’ is originally composed of 82 episodes of about 45 minutes each. Although it will be broadcast daily on Nova, Atresplayer Premium users already have the first 8 chapters available. If the chain keeps broadcasting a daily episode, the telenovela will remain on the grid until next December.

17 years later, he is going to take back what is his 💥

On Monday the revenge begins 🔥😈

A story full of poverty, danger and revenge

‘The queen is me’ tells the story of Yamelí, a woman who, after serving 17 years of sentence, regains her freedom and, she promises herself, take revenge of all those who have ruined his life, including Charly, the great love of his life.

Since her teens, Yamelí Montoya was a very talented teenager. Despite her shyness and difficult family situation, the young woman developed a great talent for musical composition and, even though he has everything to succeed, he made the mistake of falling in love of Charly, a young singer who has plenty of charisma, but lacks talent.

Together with him and his friend Juanjo, they decided to set up a group that promised to become the new musical revelation thanks to the songs composed by Yamelí. Nevertheless, Charly’s ambition led him to betray the girl he loved.

The young people are hired by a Miami producer to record their first single, but during the trip, the vocalist saw the opportunity to get rid of the protagonist forever and He decided to hide drugs in his suitcase.

This gesture led to Yamelí being arrested and sentenced to 22 years in prison. During this time, the young woman followed the professional career of Charly Flow, who achieved great international fame thanks to the lyrics that she composed herself. But, five years before the end of her sentence, there was an attack in the jail and everyone left her for dead. It was then, when the DEA proposed to him to leave under a new identity, and it was at this moment that Yamelí began his plan of revenge against all those who ruined his life, including the man of her life.