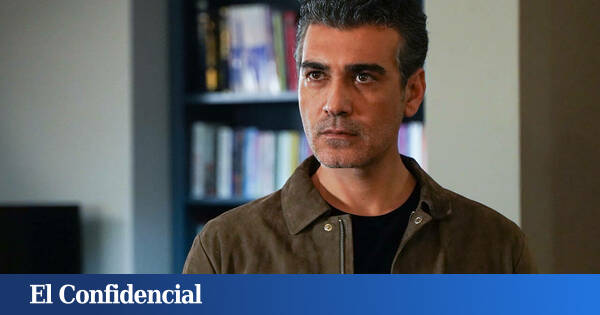 ‘My daughter’ already has a substitute. Antenna 3 just started promoting ‘Infiel’ (‘Sadakatsiz’), a new Turkish series starring two very popular faces: Caner Cindoruk (Sarp Çesmeli in ‘Woman’) and Cansu Dere (Zeynep Güneş in ‘Mother’). Although there is still no release date, everything suggests that it will hit the grill next September and that it will even act as an opening act in the latest installments of ‘My daughter’.

The story of ‘Infiel’ will not be alien to Atresmedia viewers, since It is about the adaptation of ‘Doctor Foster’, the hit fiction of BBC One, starring Suranne Jones, which both Nova and Antena 3 aired in 2018.

The original series had only ten installments divided into two seasons, while Turkish fiction has a total of 31 installments. The Turkish channel Kanal D premiered the series on October 7, 2020 and offered its outcome on June 2. If there are no new changes, the second season of ‘Sadakatsiz’ will be released next September.

Each chapter lasts 120 minutes, so if Antena 3 divides them, ‘Infiel’ will exceed 60 deliveries. If Atresmedia does not introduce changes in its broadcasting strategy, Telecinco could run into a new problem on Sunday night.

Despite its success, ‘Sadakatsiz’ has encountered many problems in Turkey. Shortly after its release, the country’s Supreme Council of Radio and Television (RTUK in Turkish) imposed a fine on the series “to show extramarital affairs as normal, so they are a bad example by creating role models that can negatively affect young people and children “. In the series the protagonist (Volkan Arslan – Caner Cindoruk), married and father of a child, makes another young woman pregnant.

‘Doctor Foster’ is a psychological drama and ‘Infidel’ follows in its wake. Actress Cansu Dere plays Dr. Asya Yilmaz, a strong, familiar and brilliant woman in her practice as a family doctor. He lives an idyllic, peaceful and happy life with his son Ali (Alp Akar), until suddenly she collapses under suspicions of infidelity from her husband Volkan (Caner Cindoruk).

Dr. Asya will discover that her husband has had an extramarital affair with a young woman named Derin (Melis Sezen) for two years. Asya must choose between saving her marriage or taking revenge on her unfaithful husband.

Although it is the adaptation of ‘Doctor Foster’, Antena 3’s new bet is not a medical series. The success of Dr. Asya is only the vehicle to value the intelligence and courage of its protagonist.