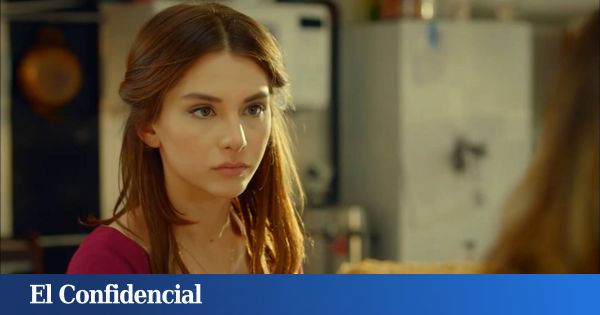 Divinity has added a new Turkish fiction to its grid. Last Friday, September 24, the chain welcomed ‘He stole my life’, a series that has triumphed in more than 50 countries and is now coming to Spain ready to hook the audience of Mediaset Spain.

From this week viewers have the opportunity to follow the story of Bahar from 9:30 p.m. The Mediaset chain will offer this modern version of the classic story of ‘Cinderella’ every day, from Monday to Friday, just after the broadcast of ‘My home, my destiny’.

Aired between 2014 and 2017 in Turkey, this passionate story of revenge, overcoming and love has a total of 131 chapters spread over four seasons. This first installment consists of 18 episodes, in which the protagonist will begin to be aware that her life is a big lie and will realize that her sister Efsun has stolen her life.

The chapters of ‘He stole my life’ have a rather irregular duration between 100 and 170 minutes in their original version, so that Divinity could stretch its broadcast beyond six months. At the moment, Mediaset has opted for a daily footage of 50 minutes.

What is the series about?

Bahar is a young student who ignores a very important fact about her life: she is adopted. She is actually the secret daughter of the wealthy businessman Mehmet Emir. Two decades ago Yusuf Erkıran, maternal grandfather of the young woman, did not accept the romance between his daughter Hasret and Mehmet, and managed to separate the couple, hiding Hasret’s pregnancy from the young man, who supposedly dies after childbirth. The newborn is handed over to her servants Nuran and İlyas to raise.

For years, guilt has plagued Bahar’s grandfather until he finally decides to reveal the truth to Mehmet. However, he dies unexpectedly in an unfortunate accident, preventing him from carrying out his wish. After the tragic event, Nuran and İlyas hide Yusuf’s body in the garden and launch a dark plan: introduce their biological daughter Efsun as the lost daughter of millionaire Mehmet. Nuran and İlyas’s plan has been working for twenty years, but something could change everything. Can the young woman reunite with her real father and discover that her sister Efsun has stolen her life?

What’s more, Bahar will find love along this path, but he will not have it easy either. Fate will cross the young woman with Ateş, a highly successful lawyer and the right hand of her real father, Mehmet. He also hides a great secret that has led him to the privileged position he has now and that will be crucial in the story. The handsome businessman, recently graduated in Business Administration, might not be as good as he seems.