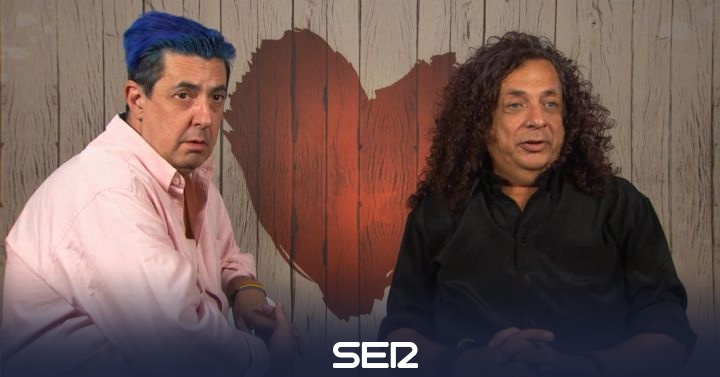 Not everyone handles rejection in the same way. Since it opened in April 2016, the restaurant of First Dates He has witnessed hundreds of pumpkins from people who were unwilling to give the person they had dinner with a second chance. While some have received them naturally, understanding that we cannot always like the person in front of us, others do so with resignation.

This is the case of Adriano, who has decided to leave the program visibly angry after his date told him no because of his appearance. The date did not start off on the right foot. Adriano has had the feeling that José Manuel was a bit feminine for him and his date recognized in front of the cameras that the person with whom he had sat down to dinner was not his type. However, as the date progressed, the truth is that they hit it off quite well.

After sharing a pleasant dinner, the two ended up in the restaurant’s booth, where they came to kiss passionately. However, José Manuel warned in front of Cuatro’s cameras that that kiss meant nothing: “I do give it, I give it. But that does not mean that there is a topic. “Something that he demonstrated seconds later in the final decision, where he recognized that Adriano had not liked him enough to continue knowing each other.

After the First Dates team asked Adriano if he would like to have a second date with José Manuel, he acknowledged that he would. Although he admits that at first it did not attract him too much attention, the diner discovered as the dinner progressed that he could have something else with him: “He would have a second date because I have realized that he is a person with whom he can talk about any topic. “

The escape after the pumpkins

After recognizing that he is a person with whom you can talk about everything, Adriano assured that his partner had a lot of potential and that he could learn from him. For that same reason, the First Dates diner gave him the expected Yes to his partner waiting for him to do the same. However, and despite the fact that they had kissed passionately in the booth, José Manuel assured that he would not have a second date as a couple.

After being asked about the reasons that led him to reject Adriano, José Manuel admits that he was looking for another type of physique: “I am very superficial.” A sentence that angered Adriano, who decided to flee the scene. While José Manuel and the program team asked him if he had gotten angry, Adriano assured that he preferred not to answer and leave as soon as possible. And that is precisely what he did, escape from the restaurant to never know anything more about his date.

“He’s super angry”: the anger of a ‘First Dates’ diner who leaves the program after being rejected