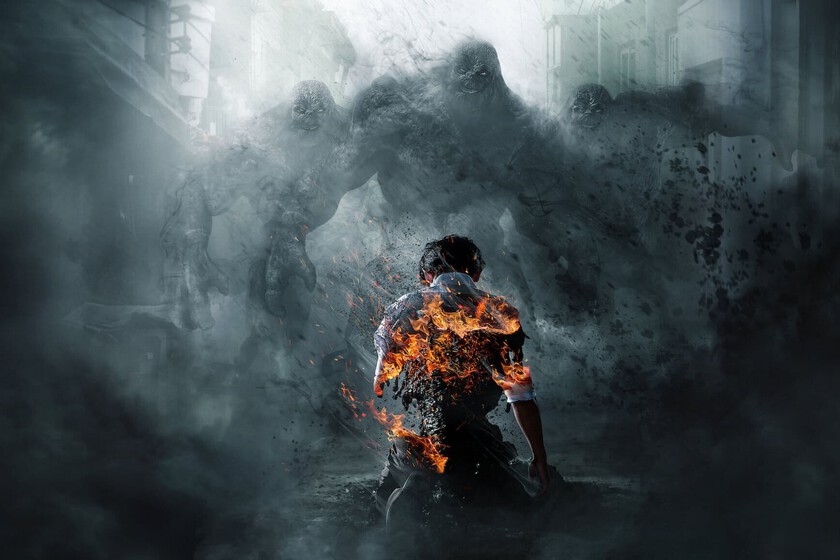 Netflix has a secret weapon with the surprises it produces anywhere in the world and that suddenly become great phenomena. The recent ‘The Squid Game‘, an addictive South Korean series, became an international sensation in one weekend, lasting several weeks at number one. This has created an unusual expectation for the new releases created in the peninsula of the platform and the first to arrive has been ‘Heading to hell‘by director Yeon Sang-ho.

The creator of the stupendous’Train to Busan‘and its underrated sequels brings a very different proposition to’ The Squid Game ‘, an adaptation of a well-known webtoon whose greatest virtue is that its duration does not exceed six episodes, making the survival with killer games and singing dolls it seems’The Sopranos‘by his side. The first episode begins in the center of Seoul, where a man assaulted by three Hulk-like demons who chase him through traffic to pieces, splattering blood, beating him horribly until they “abduct” his soul and leave a scorched corpse.

He never manages to improve his first ten minutes

This first scene, which looks like an extension of the final sequence of ‘The night of the devil‘ (1957) the ‘Ghost‘(1990) or the climax of’Drag Me to Hell‘(2009), is the main fantastic element of the series but, far from being a starting point of a fantastic universe, it is the best it has to offer and it will limit itself to repeating it in a monotonous and less spectacular way. Although there is a certain violence, the special effects look like they were twenty years old and the devils design is not terrifying at all, with which the greatest asset of the series is pyrrhic.

The plot of ‘Rumbo al inferno’ moves around the consequences of these attacks, which are socially assimilated, thus, in the style of the series’The Leftovers‘, the supernatural factor is secondary and causes the emergence of an apocalyptic cult,’ The New Truth ‘, led by the charismatic Jeong Jin-soo (Yoo Ah-in), who appears on vigils to explain that the victims are sinners to whom five days before an angel –an embarrassing third-hand CGI appearance– tells them they are going to hell.


In a way, the original title refers to the world of Clive Barker’s cenobites, who function more or less like reapers of souls, only here its appearance is not very sinister nor does the series emphasize the relative terrifying elements, with some similarity to Sadako’s death notice in ‘The Ring‘(1998) but little else. The dry claims that the monsters are a manifestation of God’s judgment and Detective Jin Kyung-Hoon (Yang Ik-june), tasked with solving the “murder,” joins attorney Min Hye-jin (Kim Hyun-joo) , which follows the case of a mother who has received a death sentence from an angel.

‘Heading to Hell’ is a procedural with touches noir and supernatural elements that have all the clichés of the investigator associated with the case, such as the murder of his wife six years ago. Soon the argument is complicated by the appearance of another even more extreme sect that is punishing those who question the divine nature of the events. To a certain extent, this there is a connection to the current validation of internet-driven conspiracy theories and how the pandemic has sparked deniers of all kinds.

But the series is not too bright to bear the weight of these subtexts. While the first three episodes are interesting, they seem to tell a standalone story that is rebooted in episode four with a notable decline in quality. The investigation leads to a series of increasingly repetitive scenes full of poorly written dialogue that leads nowhere.


Especially irritating are the endless appearances on YouTube of a character that is neither sinister nor funny, having just closed the fiasco of a story with several arcs and too full of ideas about sin and condemnation that never finish to curdle in the main story . ‘Rumbo al infierno’ is an expendable attempt at a horror series that does not stand out either in its terrifying atmosphere, nor in its action or violence scenes, resulting boring in their inability to maintain tension or interest in their protagonists.

‘Heading to Hell’: the new Korean horror series that sweeps Netflix is ​​far from being the new ‘The Squid Game’