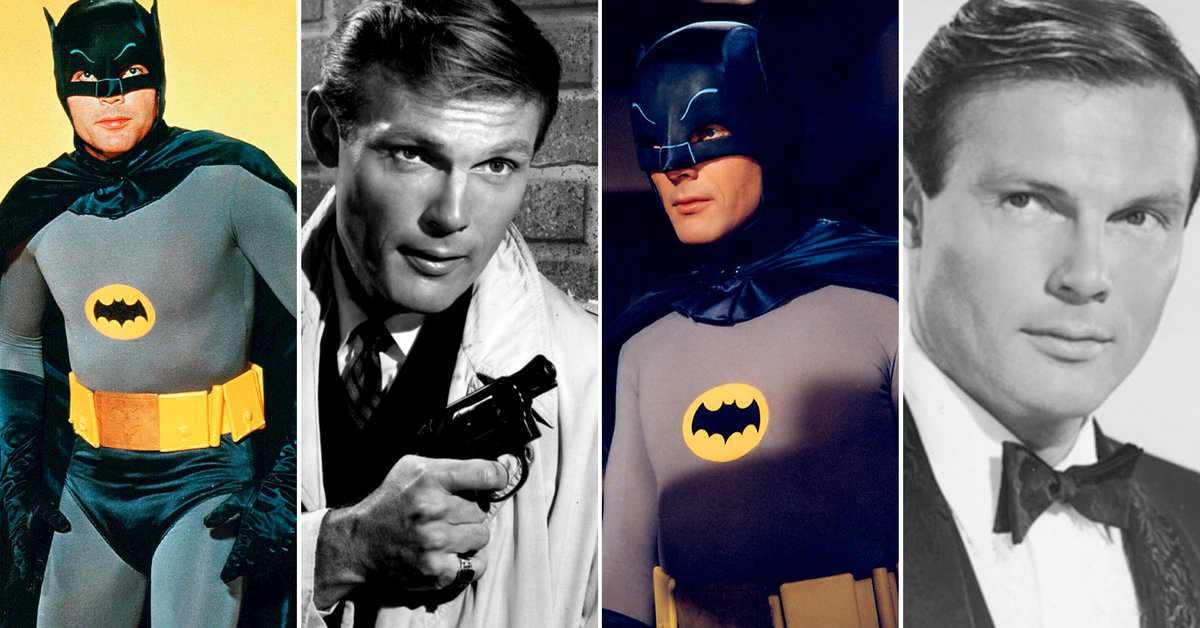 In the mid-sixties, Adam West became the first actor to bring the masked man to life Batman and his alter ego, the millionaire philanthropist Bruce Wayne, on the small screen. A version that won the love of DC comic fans, but that he hid from the public the fiercest side of his protagonist: his sex life.

Before Batman, the series, there had already been other adaptations of the famous character to television: In the 1940s, Columbia Pictures released a film serial starring Lewis Wilson which even served as motivation for the premiere of the program starring West.

There are different versions of the idea that gave rise to the 1960s series. One is that during a relaunch of the 1940s serial at the end of 1964, the The public expressed a good reception that motivated the executives of the television network ABC to launch a series.

In the mid-1960s, Adam West became the first actor to bring the masked Batman and his alter ego, millionaire philanthropist Bruce Wayne, to life on the small screen. Photos: @MG_Scintillant

Another version points out that during a broadcast of the serial that took place at a meeting of Hugh Hefner In Chicago, businessmen and Playboy bunnies responded with laughter to the show. Reaction that aroused the curiosity of an executive of the chain who decided propose the launch of a new adaptation of the superhero to the screen.

Whatever the reason, in 1965 the American network decided to launch a comedy program that adapted the adventures of a superhero to television and chose the bat for being one of the favorites of the public. This way they could replicate the success that previous programs had had, such as The Lone Ranger.

The program would star Batman and his right-hand man and comrade, Robin. The premise was simple: during the episodes, the masked men would face off against some of their most recognizable foes, such as Riddle or the Joker, and they would save Gotham City from the clutches of evil.

That’s where Adam West came into play. During that year, the actor from Washington, in the United States, played Captain Q on television, the brand picture of chocolate powder Quick -subsequently Nesquick- belonging to Nestlé.

His career was about to take off and rauditioned to become Batman. Likewise, according to himself, during that same year he rejected the opportunity to replace Sean Connery in his role as James Bond to bring the superhero to life.

The rest of the cast consisted of actor Burt Ward as Robin, Alan Napier as Alfred, Niel Hamilton as James Gordon. Batman and robin

The rest of the cast was made up of the actor Burt Ward as Robin, Alan Napier as Alfred, Niel Hamilton as James Gordon, Christian Moretti, Madge Blake, Julie Newman, Eartha Kitt, Frank Gorshin, César Romero in the role of the guason, Burgess Meredith e Yvonne Craig.

Behind the scenes: superhero heat

“It was the sixties of swingers and free love. Women threw themselves at us, ”West once explained, who managed to get the most out of the sensation he caused with the tight black and gray superhero costume he wore on stage.

According to the British newspaper Daily Mail, West and Burt Ward used to have express sexual relations with different women during the recordings of the scenes of the series. Photos: SwashVillage

According to the British newspaper Daily Mail, West and Burt Ward used to have express sexual relations with different women during the filming of the scenes of the series.

They even used to wear their characters’ costumes because it was especially difficult to take them off: “Due to the limitations of the costume, you have to have ‘quickies’ “, He told the same newspaper years after the end of the program.

However, when the series ended in 1968, West married Marcelle Tagand for the third and final time in 1970. The actor suffered from a severe depression when the show ended, as he could not get another important role due to the shadow cast by the bat in his career.

Once the series ended in 1968, the actor suffered from a severe depression, as he could not get another important role due to the shadow that the bat cast in his career. Photo: @Candidate__Bot / Twitter

Finally, his personal life became more domestic As the years went by: “Our dad always saw himself as the ‘Bright Night’ that inspired his fans to have a positive impact on their lives. He will always be our hero, ”his family said in a statement according to The Hollywood Reporter.

After a brief battle with leukemia, Adam passed away on June 9, 2017 in Los Angeles, California at the age of 88. However, he will always be remembered by the character who gifted to television.

Excesses, depression and mistakes: Johnny Depp and Winona Ryder’s passionate romance that didn’t have a happy ending
The 70 years of Michael Keaton: the actor who changed the face of Batman, said goodbye to Hollywood and was reborn in the industry
From Shirley Temple to Liz Taylor: Five Weddings That Shook Golden Age Hollywood And Their Sad End