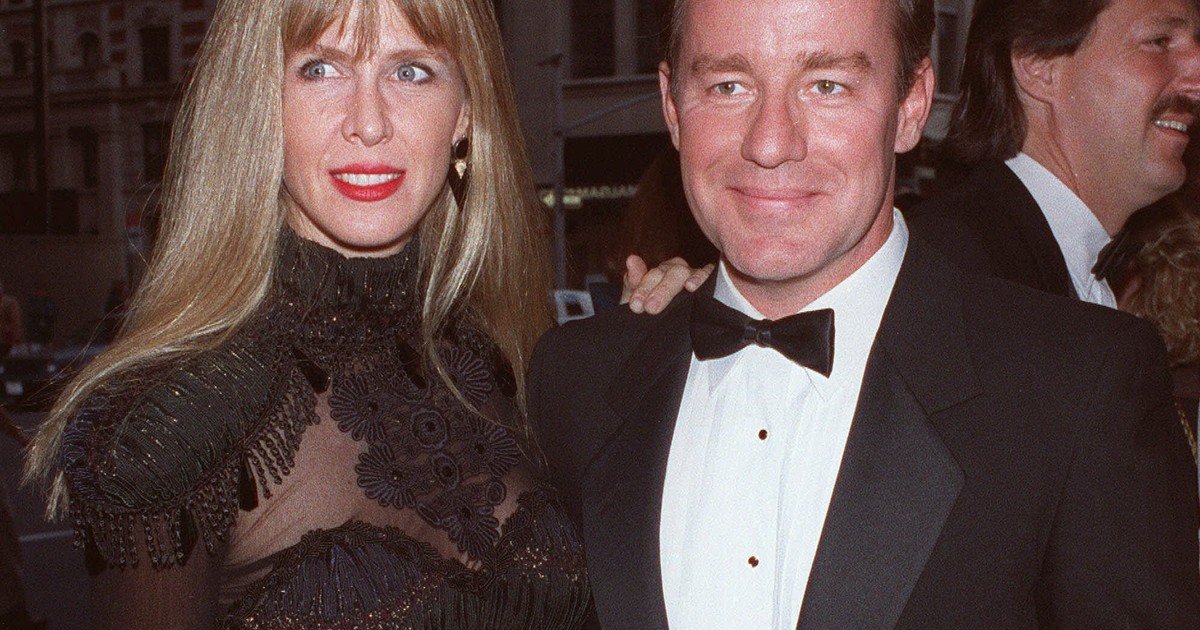 Brynn omdahl she is having some Cosmopolitans with a friend. Accompany the drink with antidepressants and cocaine.

The 40-year-old woman returns drunk and drugged to her home in Encino Avenue where her husband awaits her, the rising comedian Phil Hartman.

It’s already 28. It is two in the morning. Hartman berates Brynn for reverting to drugs and alcohol. An uncontrollable discussion breaks out in which there is no shortage of shouting or threats. He asks for a divorce and goes to bed. She is left alone, helpless, and resorts again to the pills.

Three in the morning. Brynn takes a 38 caliber revolver that the marriage had hidden. Charges it and removes the security lock. He goes to Phil’s room in the middle of what days later they will confirm that it was a psychotic break.

Hartman and Brynn lived in a mansion in Los Angeles. Photo: AP.

“I wanted to do SNL because I wanted to get exposure that would give me box office credibility so I could write movies for myself.”

Before he was known in Latin America for his role in “Jingle All the Way” (The Promised Gift, 1996), Hartman became acquainted with the artistic canvas. As some say, “it was made from below.”

Hartman was not Orson Welles. He was not an author recognized and revered for a masterpiece he made when he was twenty-four. Nor for having made a scandalizing radio drama like that of “The War of the Worlds” created by the Hollywood boy genius.

Hartman’s genius was in crescendo until the day of his death.

In 1948, decades before his first encounter with a salary, Phil was a Canadian baby. Then he was a high school teenager at Redondo Union College and, years later, a young adult graphic design student at California State University.

He began to weigh the first coins doing jobs that he did not like so much. In the seventies he was a cartoonist and designer of record covers for bands like América or Crosby, Still, Nash & Young.

At the end of that decade, Hartman tried his luck as an actor. He did improvisations and imitations in underground theaters. With little it proved to be a genius of imitation.

Over the years, his work provoked so much laughter that he was rewarded with contracts and tickets: in 1986, when he was 38, he was on the mythical comedy show in the United States Saturday night Live.

“I started out imitating Bill Clinton and all of a sudden my face would appear in television magazines. I became known. And I never had to look for work again “

His success was final. During the eight years he worked at SNL, he earned tens of thousands of dollars per episode. She was a sought-after screenwriter and a budding movie star.

Your imitations of Ronald reagan, Charlton heston, Frank Sinatra Y Jack Nicholson, among many others, did not leave anyone indifferent. The fury for him was such that he could even meet the president Bill clinton and talk to him about how he imitated him (he apologized for doing so).

They saw him as a symbol of the Hollywood family comedy of the 90s. He was a team-building guy who created good work environments. His record as a comedian was wide and his style unique.

Hartman alongside a photo of Arnold Schwarzenegger, with whom he worked on The Promised Gift. Photo: AP.

Phil got his own TV shows, like NewsRadio, and voices of characters from The Simpsons. According Matt Groening, creator of the animated series, Hartman was “a teacher.”

Financially, he had no drawbacks: he owned a boat, an airplane, and a mansion in Los Angeles. He had two wives (Gretchen Lewis and Lisa Strain) with whom the thing did not prosper, but both marriages ended on good terms.

While riding the crest of the professional wave, Phil launched himself into the heart of the rough waters. Like a sailor listening to the song of a siren, the comedian succumbed to the notes of a very young and beautiful blonde woman he met in a blind date.

She was Brynn Omdahl, a swimsuit model and aspiring actress who wanted to pursue a career in television and film.

As a result of a few appointments, in 87 Phil and Brynn they got married very much in love. After months they had their son Sean and five years later, when they lived in New York, to Birgen.

From the first moment Brynn showed signs that something between them would not work. He was completely enthralled and she had violent attitudes, a product of her professional frustration.

When Lisa, one of Phil’s exes, sent them a congratulatory letter on the birth of their son, Brynn took command and responded with a host of insults. Lisa called Hartman to ask for an explanation and he defended his wife tooth and nail.

Hartman voiced Troy McClure and Lionel Hutz on The Simpsons. When he died, the characters were withdrawn.

But the years passed and Brynn still did not straighten out her acting career. Your dream of being a star I was getting further away. Phil, on the other hand, was an artist who, like good wines, got better with time.

Hartman made several attempts to make his wife known. He tried to place her on a Saturday Night Live show, but the directors didn’t want her. He also wrote the script for a series where they would act together and the producers he was introduced to did not accept it.

Jealous and tired of bouncing the ball off the wall, Brynn started taking alcohol, to aspire cocaine already exceed with the Cosmetic surgeries.

“They had a pattern: they argued at night, then he went to sleep and the next day everything was fine again”

In 1998, the marriage it was a complete disaster. Phil and Brynn were fighting and she ended up in a rehab center for her addiction to drugs and alcohol. It lasted four days because he ran away.

He didn’t want to see her and that’s why he spent his time traveling and smoking marijuana.

The fights were so frequent that both knew perfectly the modus operandi of each one. A fixed one was that they asked each other for divorces and never reached port. Brynn wanted to get her husband’s attention and she exaggerated things and when he didn’t want to argue any more, he would go to bed and pretend to be asleep, or seriously fall asleep.

Who knows why Omdahl and Hartman had a honeymoon in the days leading up to May 28 of that year. They ate publicly together and reserved places in different spas in order to try to rebuild their relationship.

That’s what they were when she went to eat with her friend Christine in Buca di Beppo.

“Hartman was blessed with a tremendous gift for creating characters that made people laugh.”

We arrived at the scene of the pilot chapter.

Brynn returned from the restaurant to meet her angry husband, who berated her for being late. After a raucous discussion, he asked her for a divorce and she was left adrift in her own home, drunk and plastered.

Phil went to sleep and minutes later Brynn dusted off a .38 caliber revolver that they had hidden in their house.

Furious, she walked over to Hartman’s bed and He blew out his face with a bullet, the neck of another and an arm of a third.

After committing the murder, Omdahl got in his car and drove to the house of Ron Douglas, a friend of the couple. He came in and told him what he had done. He didn’t believe her and she fainted from the state she was in.

Douglas began to see the situation with different eyes when he went through Brynn’s wallet and found her a gun. He woke her up by samarising her and to clear doubts he went with her to the Hartman mansion.

It was 6:20 in the morning. Ron and Brynn arrived and found things as they had been. When Douglas saw Phil’s body he called the police and picked up the boys, who were each in their room very scared.

The police arrived and, in the middle of the commotion, Brynn drew another weapon, went to where Phil’s body was, lay down next to him and shot himself in the eye.

Brynn and Phil’s bodies were cremated and their ashes scattered on Catalina Island, as indicated the testament that the actor had written.

As if he knew what was going to happen, Hartman had formalized a detailed will in which he stated the following: when he died, each child of his would receive a third of his inheritance when they turned 24 or obtained a college degree. They would also be entitled to half of the inheritance at 30 and the rest of the assets at 35.

After the 28th, Birgen and Sean spent a few days with their uncle John, Phil’s brother. Then they listened to what the will said and went to Wisconsin to live with Katherine kay wright, Brynn’s sister, and her husband Mike, a couple who had no children.

Sean is around 35 years old. He is a musician and an expert in visual arts. Birgen is a journalist and has been married since 2018.