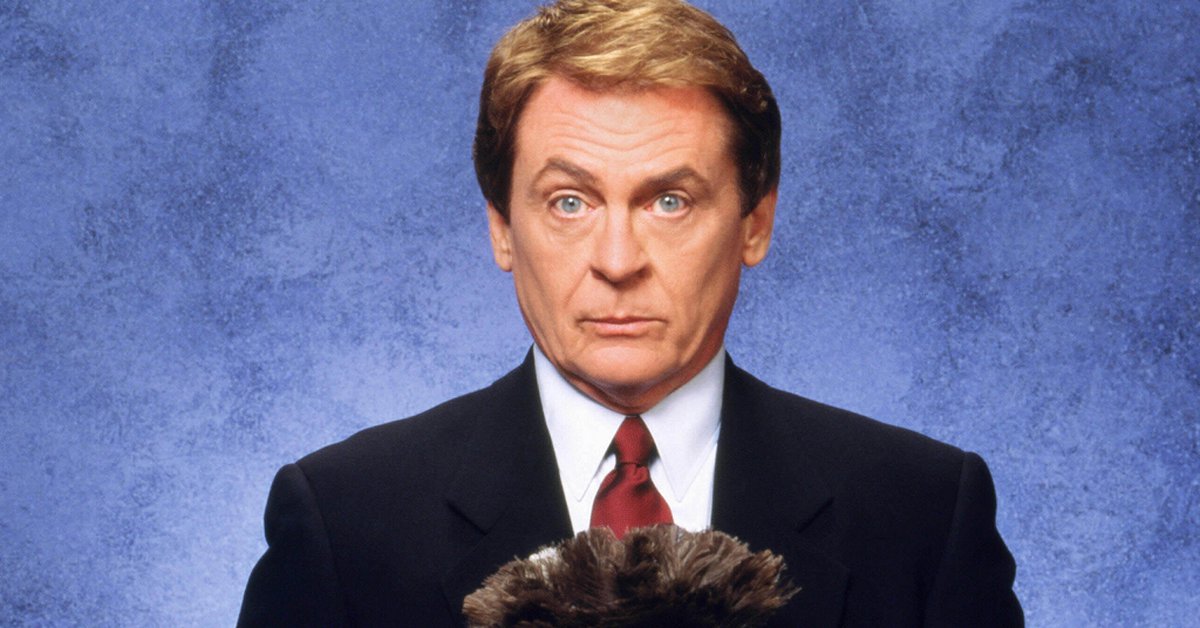 Daniel davis he knew he hadn’t done badly at the casting. But I believed that Roddy McDowall, an actor of greater renown, would be chosen to personify that sagacious but sarcastic butler of a series that, at that time, no one saw as a success: The Nanny would add 146 chapters over six seasons, from 1993 to 1999.

It was her own Fran Drescher who decided to intervene in her favor, even without being entirely in her favor … At the same time she played the main role -the adorable Fran fine– and one of the executive producers of the sitcom -with whom in those years was her husband, Peter Marc Jacobson-, the actress decided to lower McDowall’s thumb, tipping the balance in Davis’ favor. Had she been dazzled by what she saw at the audition? Did you understand that he was actually the ideal person to impersonate Niles? No, none of that. And so he made it known to Daniel himself in a hall talk: if they cast the actor who had achieved fame as Cornelius in the saga of Planet of the Apes, The babysitter it would end up being “the Roddy McDowall show”. “And this,” he clarified to his new partner. It’s the Fran Drescher show”.

Accomplices in laughter: Fran Drescher and Daniel Davis, in The Nanny

With his self-esteem intact despite his selection by dismissal, this artist born on November 26, 1945 in Arkansas, United States, then began to practice the British accent that his Niles, the historic family butler Sheffield that he was the confidant of the three children in that upper-class home in New York. At first, the idea of ​​the scriptwriters was not to highlight that character. But with the passing of the episodes he was gaining prominence. And Davis had a lot to do with it: his grim expression, crowned by that squinting look, enchanted the audience.

In the fourth season the problems began. Lauren lane made known his discomfort to the producers at the excessive and malicious teasing of Niles Towards his Miss Babcock, the villain of the series who seduced the Broadway producer without luck Maxwell sheffield (Charles Shaughnessy). “I can not stand it! I need an answer, ”Lane would have roared. The turn of the plot, designed to conform it, would disappoint Davis, who still today – 22 years after the end of the series – considers that it was “very strange” that Babcock end up marrying the butler, in a kind of vindication. Most fans of The babysitter they do not hold the same …

Lauren Lane, or Miss Babcock, complained about the script over Niles’ jokes, forcing a change that would be crucial.

Daniel started his artistic career with just 11 years old when he joined the television program Betty’s Little Rascals. What was child’s play became serious: he would later graduate from the Arkansas Arts Center and in the American Conservatory of Theater. Dreaming of acting before being famous – circumstances that are often confused -, he knew how to build a more respectful than stellar career. However, it would reach some popularity in the series Texas, at the beginning of the 80s. Shortly after, he would have a stake in Way to heaven, the remembered series of Michael Landon, and also in Star Trek: The Next Generation. In cinema, he gave himself the pleasure of acting with Sean Connery in the war movie The hunt for Red October, in 1990.

SEE ALSO: He had to live in a car with his family, he fled from fame and nobody knew about him for 20 years: the incredible story of the boy from The Nanny

Just on the threshold of his 50 years would his consecration with The Nanny. And the money, the spontaneous fame, the success of a sitcom that would reach more than 30 countries and whose repetitions will always show him stopped in time -the cruelty of the small screen-, much younger than the 74 years that he already adds, preserving – yes – the jovial spark of the performance: Davis wants to continue going on stage, as when in 2000 he was nominated for best actor in the Tony Awards for his role in the play Wrong Mountain.

Of its passage through The babysitter, Daniel keeps a thousand anecdotes and one in particular, as he recently told in an interview: the day he met Donald trump. As with many other series of a certain success, celebrities – regardless of their origin – wanted to appear alongside Fran Drescher. And long before it was even suspected that he would reach the Presidency of the United States, the construction magnate made a cameo in 1996, in which he expressly asked as a condition that he not be called a millionaire: “He is a billionaire,” warned one of his assistants.

A scene from The Nanny, with Fran Drescher, Daniel Davis and the Sheffield boys: Madeline Zima, Nicholle Tom and Benjamin Salisbury

At a stop in the tapes, good old Davis came over to talk to Trump. Almost as if passing by, he congratulated him on the imposing building he was constructing at the time in front of the Columbos Circle New York: the Trump International Hotel and Tower. “Someday, I would like to live there …”, the actor wished aloud. The businessman displayed his diplomacy: “You couldn’t afford it …”.

It was not the first time that someone did not trust Daniel Davis. Four years before he had done it himself, precisely. The rest is history.

Friends the Reunion: this is how the actors of the famous show looked 17 years later
Hollywoodland: the story of the first television Superman and his tragic end