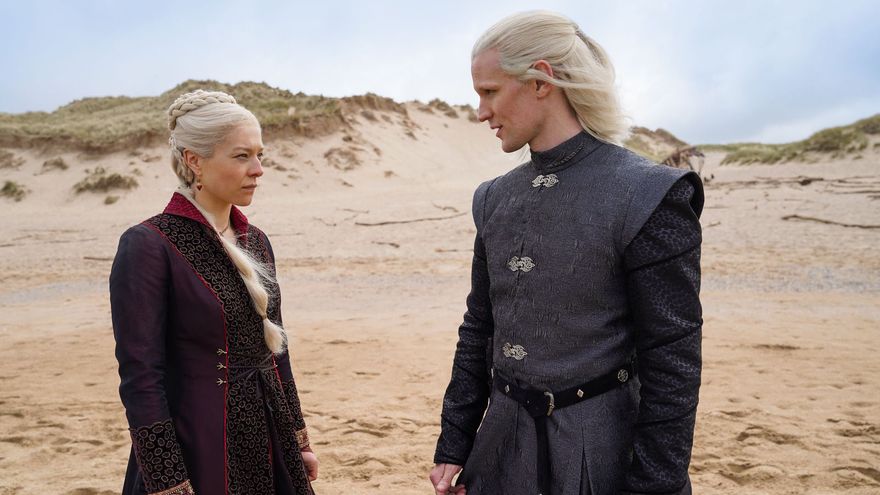 HBO Max congratulates the year to its subscribers with a gift: a preview of the series with which he will train them over the next few months. They are both continuations of series already considered a classic, of which the prequel to ‘Game of Thrones’, House of Dragon’, as well as new additions, of which they would be an exponent ‘The Time Traveler’s Wife’ y ‘The White House Plumbers’ .

In addition to the premiere of the prequel to ‘Game of Thrones’,’ House of Dragon‘, will have new seasons the series’ Westworld’ (the fourth), ‘Euphoria’, ‘The peacemaker‘(‘ Peacemaker ‘), spin-off of’ The Suicide Squad ‘. Other series that will follow will be ‘La materia oscura’, ‘Gossip Girl’ y ‘Pretty Little Liars: Original Sin’ , ‘The Righteous Gemstones’, ‘Legendary’, ‘Barry’, ‘Hacks’ y The Flight Attendat. In addition to the series of Ridley Scott, ‘Raised by Wolves’, y de Robin Thede, ‘A Black Lady Sketch Show’.

But not everything is to contribute for sure successes. There are also new to bets. Among them the new adaptation of the novel ‘The Time Traveler’s Wife’, with Theo James (‘Divergent’) and Rose Leslie (‘Game of Thrones’), with the same title, which tells the love story of a marriage that is complicated by a journey through time, and the five-episode miniseries ‘The White House Plumbers‘, adaptation of the novel’ Integrity, which tells the true story of the masterminds of Watergate.

In addition to the ‘thriller’ ‘We Own This City’, tIt is also based on a real case: the death of a young African-American who was in police custody and the scene that this generated, and ‘Our Flag Means Death’, a comedy inspired by the life of an 18th century landowner who left everything to become in pirate. And of the bad ones.

Other new proposals in the form of a miniseries are: ‘Julia‘starring a TV star chef; ‘DMZ’, the comic adaptation of Brian Wood and Riccardo Burchielli; ‘Love & Death’, about a model housewife who hacked to death a classmate, and ‘The Staircase’, which tells the story of the Netflix documentary of ‘true crime’ by Jean-Xavier de Lestrade, about the trial of writer Michael Peterson for the death of his wife.