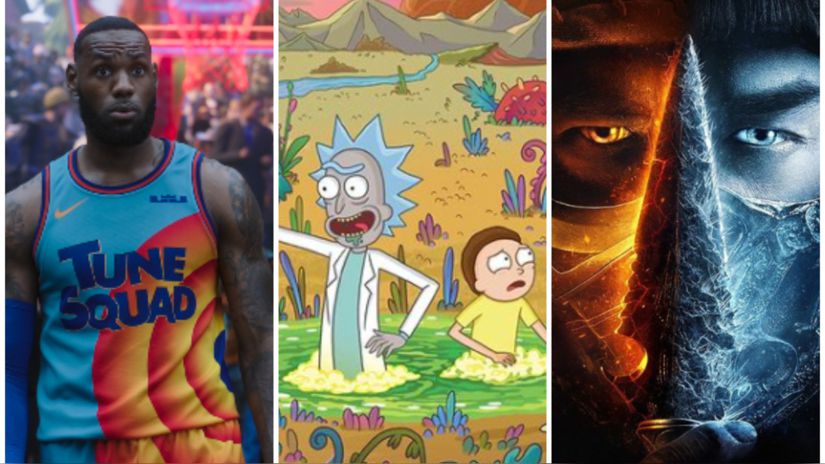 HBO Max renews its catalog with new series, films, documentaries and fictions in August 2021, as we are used to. This month, the premiere of new episodes of series such as’ Superman & Louis’, ‘Made For Love’, as well as the premiere of ‘Space Jam: A New Legacy’.

Find out in the following note which are the premieres of the platform of HBO Max for August 2021.

· Serie RICK & MORTY | New episodes | It recounts the adventures of a mad scientist, who lives in his daughter’s house, Beth, along with Jerry, her husband and the couple’s two children, Summer and Morty, her grandfather’s companion in their adventures.

· Serie SUPERMAN & LOIS | New episodes | The story of Superman, the most famous superhero in the world and his partner, a comic book journalist, who will also have to deal with all the stresses, pressures, and complexities that come with being a working parent in today’s society.

· Serie STARGIRL |premiere| A high school student inspires a group of young heroes to stop the villains of the past.

· Serie MOORINGS | premiere|The new family drama comedy invites you to see love from the point of view of Ana, a different and free woman who will seek to keep her family united to everything.

· Serie MADE FOR LOVE |premiere| A young woman flees after 10 years in a suffocating marriage to a tech billionaire, realizing her husband implanted a monitoring device in her brain that allows her to track.

· Serie THE WHITE LOTUS |new episodes | Several guests at a tropical resort relax and rejuvenate in paradise for a week. But with each passing day, a darker complexity emerges in the lives of these perfect travelers.

· Serie ELLIOTT FROM THE EARTH | premiere| Meet Elliott and his mother Frankie as they embark on an unexpected journey through the universe. They will encounter amazing aliens, amazing species and cosmic creatures along the way, including Elliott’s new best friend, a dinosaur named Mo. Join them on their adventures where nothing is normal.

· MORTAL KOMBAT |premiere| MMA fighter Cole Young searches for the best champions on Earth to face the enemies of Outworld in a battle for the universe.

· Serie CALL ME KAT | premiere|A 39-year-old woman decides to use the money her parents had been saving for her wedding to open a cat-themed cafe.

· Serie GOSSIP GIRL | New episodes | Gossip Girl returns as the main source in the scandalous lives of New York’s elite. A new generation of Upper East Siders will now be on target, exposing their scandals, heartbreak and gossip in the new age of social media.

· Serie THE OFFICE |premiere| A mockumentary about a group of typical office workers, where the workday consists of ego crashes, inappropriate behavior, and boredom.