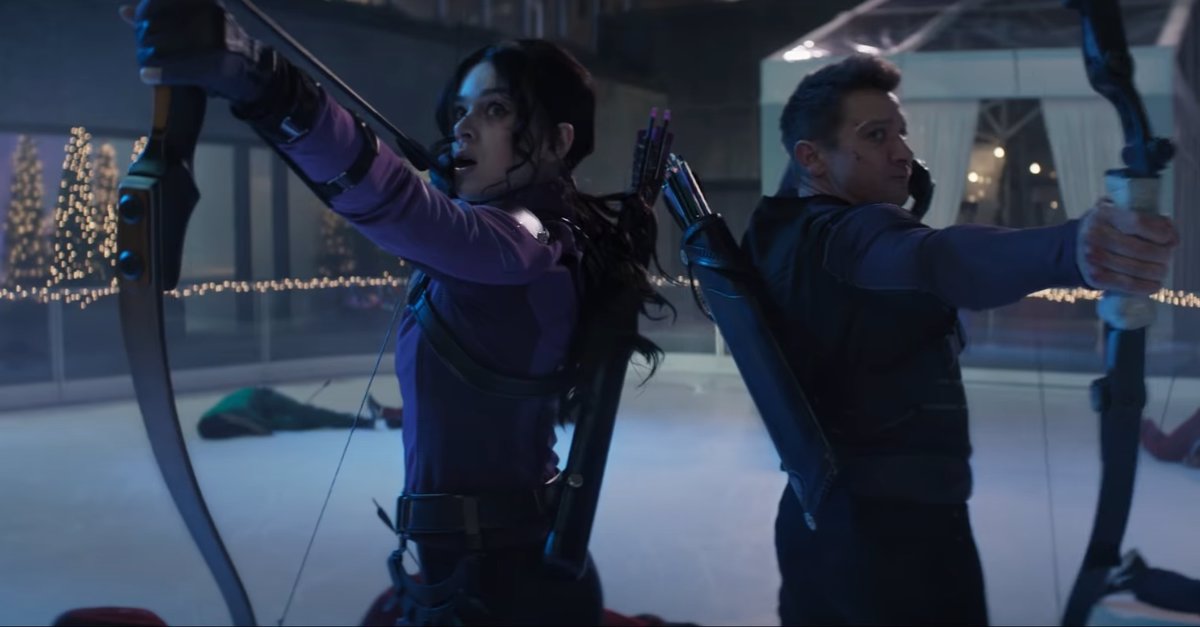 The first trailer of Hawkeye, the new Marvel Studios series that will premiere on Disney + on November 24. A fiction starring Jeremy Renner, who reprises his role as archer Clint Barton (Hawkeye) and Hailee Steinfeld, playing the enthusiastic Kate Bishop.

The nearly two-minute long preview shows Barton trying to celebrate the first Christmas with his family in a quiet way in years … when duty calls. A watchman dressed in his robes of Ronin (the righteous alter-ego he adopted after losing his entire family in Infinity War) is causing trouble.

And behind the hood there is no other than Kate Bishop, the young woman played by Hailee Steinfeld who, as the trailer shows, still has a lot to learn …

Here the trailer of Hawkeye dubbed into Spanish

Alongside Jeremy Renner as Clint Barton and Hailee Steinfeld as Kate Bishop, the series will also star Vera Farmiga as Eleanor Bishop, Alaqua Cox playing Maya Lopez / Echo and Florence Pugh, which will return to give life to Yelena Belova, a character who debuted in Black Widow.

The first season of the series will be composed of eight chapters that will arrive at Disney + on Wednesday, November 24 and will be released weekly. Hawkeye marks the fifth Marvel Studios series on Disney + after the releases of WandaVision, Falcon and the Winter Soldier, Loki and the animated fiction What If …?

After it, other titles such as Ms Marvel, with the young Iman Vellani; She-Hulk with Tatiana Maslany and Mark Ruffalo; Secret Invasion with Samuel L. Jackson, Olivia Colman and Emilia Clarke; Ironheart, the successor to Iron Man played by Dominique Thorne, Armor Wars with Don Cheandle or Moon Knight starring Oscar Isaac.