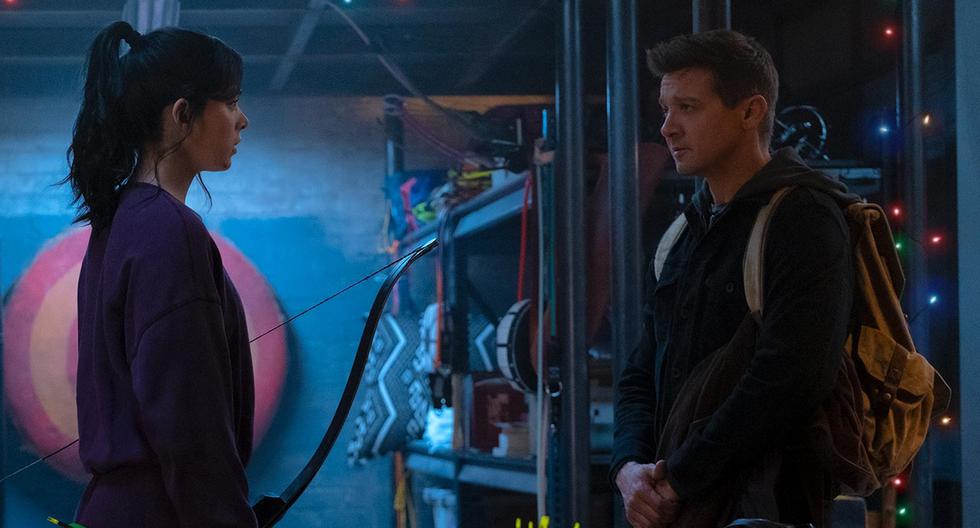 “Hawkeye”Is the new series of the Cinematographic Universe of Marvel (MCU), which will premiere very soon in Disney Plus. As well as “Falcon and the Winter Soldier”, “Loki” and “What If …?” this production is also expected to be a success. Here we tell you the day of its premiere and what time you can see it.

“Hawkeye is a Marvel series that focuses on the history of the superhero Clint Barton who is living in New York after the events of Avengers: Endgame after the blip. Now as a former Avenger he must work together with the young woman Kate Bishop to face the enemies of his past time as Ronin so he can get back to his family in time for Christmas “, tells us the official synopsis.

MORE INFORMATION: “Eternals”, when will it be available on Disney Plus?

The new marvel series It will debut on the Disney Plus platform this Wednesday, November 24 and only members of the subscription service will be able to enjoy this premiere. This production can be seen on devices such as iOS and Android smartphones, Smart TVs or PS4, Xbox One, Xbox Series and PS5 consoles.

PREMIERE TIME OF “HAWKEYE” ON DISNEY PLUS

If you are in Mexico, you will be able to see the new Disney series from 2:00 am on November 24. Meanwhile, for those who are in Colombia, Peru, Panama and Ecuador, the established hours are 3:00 hours.

For its part, on Wednesday the Marvel production can be seen in Argentina, Chile, Paraguay, Brazil and Uruguay from 5:00 am.

For those who want to see Wakeye and are located in Spain, they will be able to watch from 9:00 am on November 25, through the Disney Plus platform.

MORE INFORMATION: “Eternals”, will it have part 2?

HOW MANY CHAPTERS WILL HAWKEYE HAVE

The Marvel series has a total of six episodes, which will be broadcast one per week. But, the novelty in its first days of release would be that two chapters will be transmitted, which will last approximately 45 minutes each, as is usual in other UCM productions. Here we leave you the complete calendar so you don’t miss any details:

ACTORS AND CHARACTERS OF “HAWKEYE”

MORE INFORMATION: Who is Thena, Angelina Jolie’s character in “Eternals”

“Hawkeye”: release date and time of the new Marvel series