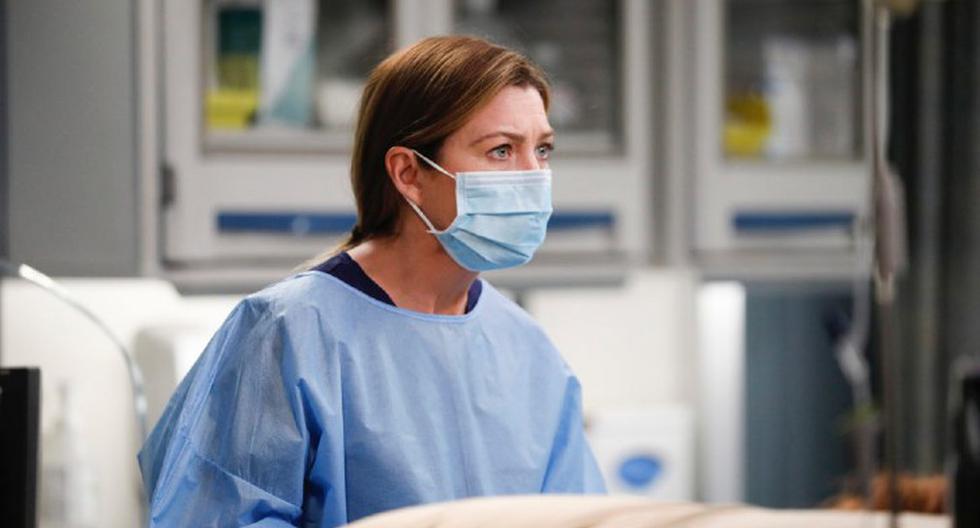 The penultimate episode of season 17 of “Grey’s Anatomy” spans a five-week time frame in which several watershed events occur for the physicians and residents of Gray Sloan Memorial Hospital, especially Meredith Gray, played by Ellen Pompeo.

MORE INFORMATION: Meredith returns to the hospital and Amelia will have another baby with Link?

Season 17 of “Grey’s Anatomy”, which is currently broadcast on ABC in the United States, addressed the health crisis generated by the coronavirus pandemic. Meredith Gray was fighting for her life after catching COVID-19, which kept her unconscious and in bed for a long time.

In the chapter ‘I’m Still Standing’ (17×16) we see that Meredith gray She returns to work at the hospital after her battle with COVID-19, but is still too tired to do her usual duties. So, what activities can the protagonist perform?

MORE INFORMATION: Will Grey’s Anatomy have a spin-off or not?

“GRAY’S ANATOMY”: WHAT WILL HAPPEN TO MEREDITH AFTER RECOVERING FROM COVID-19

In the penultimate episode of season 17 of “Grey’s Anatomy”, ‘I’m Still Standing’ (17×16), we see that Meredith Gray returns to Gray Sloan Memorial Hospital after recovering from the coronavirus. However, it is difficult for him to resume his activities, which is not easy for him.

The protagonist of “Grey’s Anatomy” realizes that she will not be able to operate if she cannot stand for a long period of time. This makes it difficult for you to do your activities normally.

Faced with this situation, Bailey has a great idea to get Meredith back to work: she will be in charge of the residency program at Gray Sloan Memorial Hospital, and teach him the Jackson mantra to “save the world.”

Now Meredith has a new position, probably temporary, as leader of the residency program. The character of Ellen Pompeo will take it upon herself to inspire the younger generation of healthcare professionals on how to save lives and balance them with all the drama of a very complicated love life.

Showrunner Krista Vernoff and show creator Shonda Rhimes are working on ideas for another spinoff series, with ABC Signature President Jonnie Davis stating that: “Krista and the team are really digging and figuring out what that looks like.”

“These are ideas that can’t wait, when we get to what it is, to present the next phase of Grey’s Anatomy. We will find the next version that will take it into the next 18 years, ”they declared.

“Grey’s Anatomy” has been on the air for more than 15 years and has become one of the most popular medical dramas on television. Since its premiere in 2005, the series created by Shonda Rhimes has managed to keep audiences hooked year after year and shows no signs of stopping as they have already confirmed their renewal for season 18.