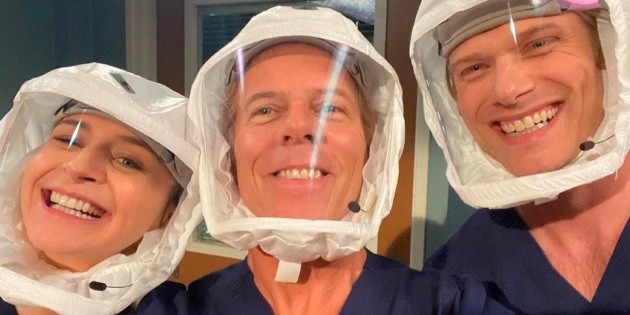 Grey’s Anatomy confirmed his renewal for one more season, but the continuity will leave some characters in the way. As usual, the medical series again had changes in the cast and in episode 15 released this Thursday, one more loss was added: Greg germann, interpreter of Thomas Koracick, will leave the program starting next year. What happened?

Season 17 is nearing the end of a delivery marked by great emotions. Upon the returns of Patrick Dempsey, TR Knight, Chyler Leigh, Sarah Drew Y Eric Dane, painful goodbyes were added like Giacomo Gianniotti, Bianca F. Taylor Y Jesse williams. This Thursday another beloved character like Thomas was uploaded to the list.

Germann Hara’s character decided to leave the Gray Sloan Memorial Hospital because he felt collapsed in the face of the Covid-19 situation. He even suffered from the disease, but he could be saved just like Meredith. An emergency operation to remove a clot was the last thing the surgeon did before telling Jackson that he wanted to join him in the foundation in Boston. “I want to be an ally, I want to spend my time improving this disgusting and stinking place.”Koracick said.

The Doctor joined the series in season 14 and became a regular in season 16. “Working with all the incredibly talented people involved with Grey’s over the past few years has been a privilege. Thank you so much to the fans as it has truly been a shared experience!”the 63-year-old actor told Deadline.

Krista Vernoff, showrunner of the show, also referred to the artist and did not rule out that his character will return at some point: “Greg Germann is a comic book genius and we are very lucky that he has brought his talents to our show these past few years. We will miss Greg terribly on a day-to-day basis, but we plan to see Tom Koracick again.”.