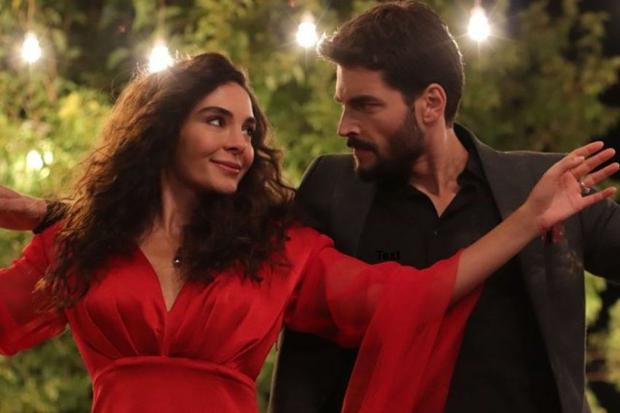 “Hercai” is one of the most successful Turkish soap operas at the international level. Although it came to an end on April 25, 2021 in Turkey, the drama starring Ebru Sahin Y Akın Akınözü It remains in force thanks to its broadcasts in different countries, reaching places like Latin America, Spain and the United States with great success.

Argentina is one of the places where Turkish drama has found great reception. The Telefe television network put it on its programming in mid-September 2021 and since then it has beenThe story of love and revenge of Miran and Reyyan it won the hearts of the television audience and became one of the most watched productions in that country.

“Hercai” he exceeded expectations in Argentina and the numbers he has obtained are staggering. According to a report by the prestigious French measurement company Mediameterie, the audience ratings for the Turkish drama have broken a record on the small screen.

“HERCAI” BREAK AUDIENCE RECORD IN ARGENTINA ONE YEAR AFTER ITS END

So far in 2022, “Hercai” is broadcast simultaneously in 100 countries and in all of them it has received a great reception like few before: Argentina is considered the main epicenter of the success of the Turkish drama due to the high share numbers.

It should be noted that the fiction starring Ebru Sahin and Akin Akinözü averages 8.5 rating points in its daily broadcast. This makes it one of the most watched productions in Argentina through the Telefe signal.

Although “Hercai” ended its episodes in April 2021, the report entitled “One TV Year In The World 2022” carried out by Mediametiere concluded that the telenovela is currently one of the most watched television series in the world.

Without a doubt, Turkish soap operas have become the favorites of the public internationally. In Argentina they are widely accepted, as we have seen with “Doctor Milagro”, a production starring Taner Ölmez in the role of Ali Vefa.

WHAT ARE EBRU ŞAHIN AND AKIN AKINÖZÜ DOING ONE YEAR AFTER THE END OF “HERCAI”?

What is Ebru Sahin doing?

After the soap opera came to an end, Ebru Sahin went ahead with various proposals for television. The actress who gave life to the tender and noble Reyyan is starring in “Destan”, a historical series that will have its second season in September.

On a personal level, the 28-year-old interpreter was engaged to her partner Cedi Osman. She and the basketball player are preparing the last details for their wedding that will take place in 2022, according to the Turkish media. MORE DETAILS HERE

What is Akin Akinözü doing?

Akın Akınözü, almost a year after the broadcast of the Hercai series, has participated in several productions, but he is also seen focusing on his modeling career.

On his Instagram account, where he has more than three million followers, he has been posting photo sessions, which he has done for different brands. MORE DETAILS HERE

Grace to countries like Argentina: the record set by “Hercai” one year after its end