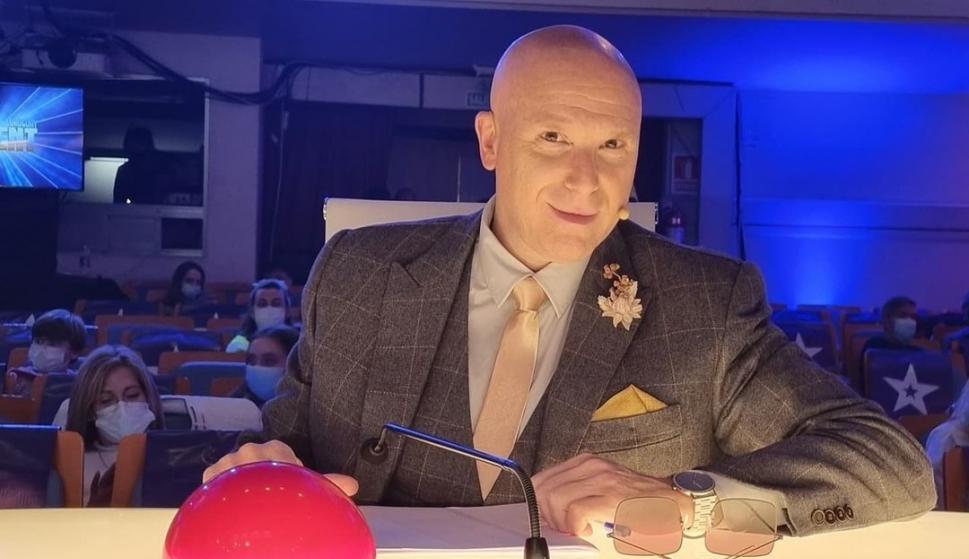 The fourth semifinal of Got talent Uruguay, the contest of Channel 10 that is already reaching decisive instances. The group Scottish Dance Uruguay and the acrobat boy Lautaro Colman They went on to the final after the vote of the public and the jury. Next week the fifth semifinal of the talent contest will take place.

Natalia Oreiro opened the program live from the auditorium Nelly Goitiño and in the first section a comical situation was generated with the “advance clock” of Orlando Petinatti. When the driver asked the jury for the time, the jury replied “21:41” while the screen read 21:36.

“It’s just that I can’t see the time it starts,” Petinatti joked that it is seen that, in the manner of many, he advances the clock 5 minutes to arrive everywhere on time.

The group Scottish Dance Uruguay was the first to make his presentation on the show’s track. The choreography was highly celebrated by the jury.

“They always surprise and bring different things. I congratulate them. I hope that all of Uruguay is voting for them.” Maria Riccetto told them.

Orlando Petinatti appreciated that they have brought the Scottish tradition to the program. “They did very well and spread a lot of joy. They are girls from 6 to 45 years old. You don’t notice the difference in age. It is very nice to see them,” said the jury.

The group received as a “surprise” the visit and encouragement of the British Ambassador to Uruguay, Faye O’Connor, who congratulated them and encouraged viewers to vote Scottish Dance Uruguay.

“The only voice” from Rio Branco

The next participant was the singer from Río Branco (Cerro Largo) Laura Correa, who did a cover of the NTVG song “La sole voz”.

The young woman finished singing very excited. Agustín Casanova highlighted the interpretation. “It had a bit of sensitivity and you really made the song your own,” he told her.

“I am glad that you have shaken the stage with this version,” said Orlando Petinatti in his return.

The acrobat boy who dazzled the jury

The third performance of the night corresponded to Lautaro Colman. Accompanied by four acrobats, the boy again demonstrated his skills for circus art on stage, with a staging that included Arabic dance references inspired by Aladdin.

“Incredible Lautaro. You were great,” Natalia Oreiro told him. The contestant’s mother approached the boy at the time of returns.

“Ay, Lautaro, Lautaro. I’m a mom and I’m nervous. You are a crazy thing. You have a talent that cannot be believed. You are wonderful. I want to vote for you now,” Claudia Fernández told him.

María Riccetto expressed herself in similar terms. “You are unconscious. What you do is risky and it was very well done.”

“I would love to see you in the final because I think you are going to overcome yourself,” said Agustín Casanova.

The next participant was the tango singer Sergio Moreira. The artist interpreted the tango Oneby Mariano Mores.

“I listened to you and I believed you. I believed the tango singer that you always wanted to be. You made it. I congratulate you because one searches full of hope. Congratulations,” Orlando Petinatti told him.

Casanova said that Sergio Moreira’s performance was one of the most comments he received on the street.

Riccetto also celebrated Sergio Moreira’s performance. “People empathize and hopefully Lavalleja is voting for you,” he said, referring to the department from which Moreira hails.

“The rock bulldozer” did his thing

Federico Benitez, the participant who received the “gold button” from Natalia Oreiro in the qualifying phase, was the one who acted next.

With his brazen style, “Fefo” did a rock performance of a classic from The Kiss.

“You are Natalia Oreiro’s golden button. You have an overwhelming personality. You are a bulldozer in second … you never put third or fourth,” said Petinatti, who in the audience stage had given him “No”.

Participation “golden” of the lyric

Before Marina Vidal, the next participant, there was time for a “surprise” for Maria Riccetto. The production prepared a compilation of their returns with different conjugations of the verb “to enchant”. “I loved it”, “I love it” has been the most repeated by the jury.

“For us you are charming,” Natalia Oreiro told him.

Vidal, who is dedicated to being a security guard, took a new step behind fulfilling his dream of dedicating himself to lyrical singing. The young woman had received the “golden button” from Orlando Petinatti at the first audition.

The singer gave a performance of the opera Carmen, which was highly celebrated by the jury. Orlando Petinatti, Agustín Casanova and Claudia Fernández applauded her standing.

“The radical change you had. The security that you played this role is within you”, celebrated Agustín Casanova.

“I’m proud of the improvement you had. You said goodbye to shyness because Uruguay is discovering a voice that is a security guard throughout the day and its job is not to speak. She sings inside. We saw you and were surprised. This one It is not your future, it is your present. This scenario is the first, “Petinatti told him.

The dancer Christian Castro was the next participant in the semifinal. He performed a choreography in which he played a clown.

“As always surprising. Hopefully people are voting for you,” said Claudia Fernández in her return. Agustín Casanova appreciated the “creativity” of the performance.

The participant greeted his land: Tacuarembó.

La Soleá continues to make us enjoy their music a lot, be it rumba or R&B. 👏🎶 Talent multiplied by 3! 💥📺 Do you want them to reach the Final? 👉 text SOLEA to 7020!#GotTalentUY #VivoGTU #SemisGotTalentUY@canal10uruguay pic.twitter.com/7mKIi7ZP56

The last presentation corresponded to the musical trio “The soleá”. The group performed a virtuoso performance of a ZZ Top song on guitar, Peruvian cajon and harmonica.

“They are really talented,” Maria Riccetto told them. Orlando Petinatti also congratulated them and even thought they had used two harmonicas.

“When you combine talent with hard work and rehearsal, a performance like yours comes out. I would like to see you in the final,” Agustín Casanova told him.

When presenting the results of the popular vote, Natalia Oreiro said that the four most voted by were Marina Vidal, Lautaro Colman, Laura Correa and the group Scottish Dance Uruguay.

For having been the most voted, who Directly following the final was the group Scottish Dance Uruguay. The young women celebrated with strong hugs on stage. “We are happy with life,” they said.

“Thank you very much to each person who voted and to the musicians who accompanied us,” said one of the group’s referents.

Then the jury voting began to establish the second finalist among the other three most voted. Orlando Petinatti gave his vote to Marina Vidal while Claudia Fernández favored Lautaro Colman, as did Agustín Casanova. María Noel Riccetto decided the semifinal by also voting for Mercedes’ child, Lautaro Colman.