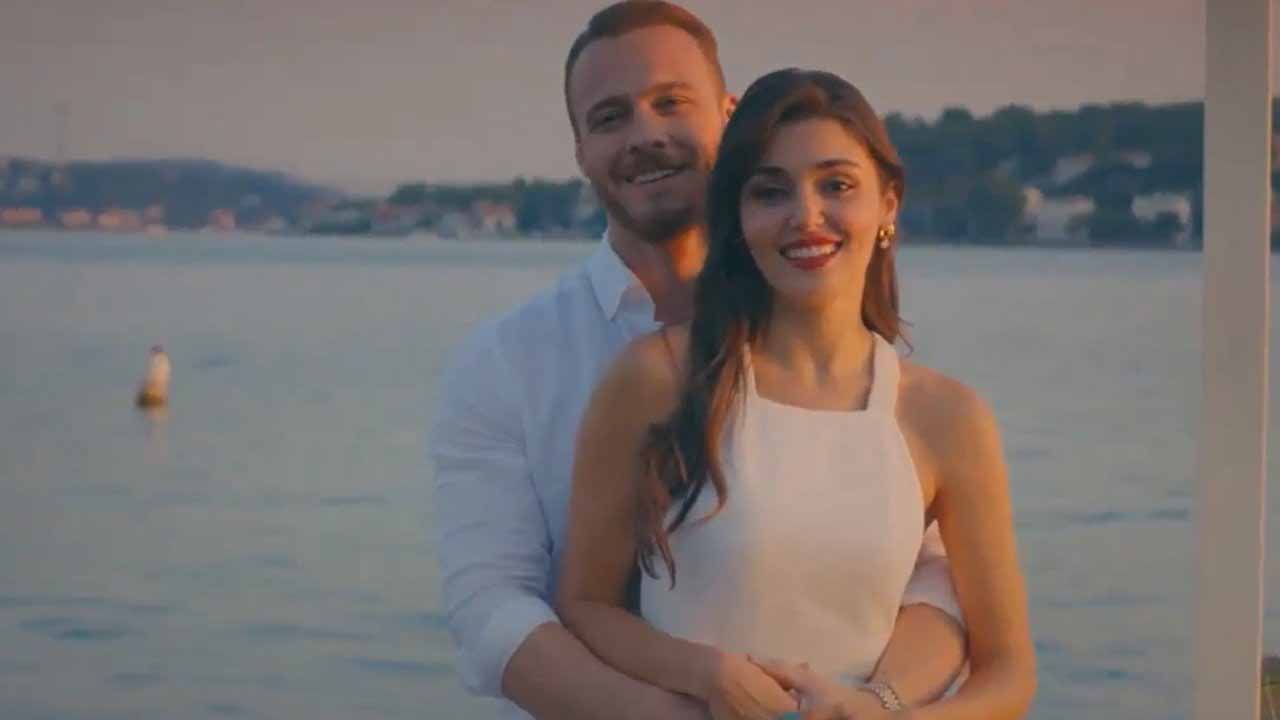 With the broadcast of episode 52, the stage of ‘Sen Çal Kapimi’ ends, how did you decide to put an end to the story of Eda and Serkan?

A stage is closed. Love is in the air has already aired its last episode and, although in Spain there are still months to say goodbye to Eda and Serkan Bolat, in Turkey they already know how the couple’s story ends. In summary, the end of the Turkish series has been as emotional and beautiful as expected of this season. A delivery marked by the family and without the ups and downs that so many headaches gave them in the first episodes. The main couple is happy, finally.

Following the surprising ending of the last episode, in which Eda (Hande Erçel) fell off a ladder, the final episode of Love is in the air soon settle the matter that both she and the baby are fine. All a relief for the spectators, who had no desire to see a turn towards tragedy in the outcome of the Turkish soap opera. The chapter focuses on the preparation of all the family and friends of Eda and Serkan before the arrival of the little one.

After the scare, Serkan (Kerem Bürsin) is not willing to let something happen to his partner, so he prepares a surveillance team so that there is always someone looking after her. The protagonist does not like this at all and gets angry with them. Kemal wants to calm things down and approaches her with a tub of ice cream, a technique that works perfectly. That and the beautiful words he says: “The others are afraid because you have always been the one who has kept them together. Before you arrived Serkan did not speak with Aidan for more than two sentences. He was not friends with anyone. He was alone. We are butterflies that revolve around a world that is you“.

After the initial anger, Eda announces that the baby already has a name and will be … Alps. Mrs. Aidan is very touched by this little tribute and expresses how much she loves Eda – since, as Serkan points out, it was her idea. “Eda, you are not my daughter-in-law, you are my daughter.” Shortly after, Kemal and Aidan reveal that they are getting married in Spain.

Eda’s pregnancy progresses and it shows. She has a much bigger appetite and eats all the time, she gets pissed off at the slightest bit and Serkan’s level of control goes haywire, causing Eda to get even more angry. But things couldn’t be better, both personally and professionally. Engin, Pyryl and Serkan receive a very interesting job in the Netherlands and they decide to take it because everyone agrees to do so. Serkan can do the work, finish just before delivery, and take paternity leave with Eda. All perfect.

4 months later, the last trimester has arrived. Eda and Serkan are in the middle of moving to their new home and ready to welcome Alps sooner rather than later. Although they have everything under control, this would not be Love is in the air if there were no setback and, of course, the baby does not arrive when they expect it. In fact, he does it at the worst possible time. On a highway outside of civilization and with a broken car.

Eda breaks waters and the arrival to the world of Alps seems imminent. They will not have time to get to a hospital. “I’m going to pass out. I swear I’m going to pass out,” Serkan says after realizing that he is going to have to be the one to deliver. Meanwhile, everyone awaits Alps’ legacy and, one way or another, ends up in the hospital – a stomach ring, a run over, sprains, etc. Waiting there, they joke with the fact that Serkan does not miss any opportunity to do a competition. They all burst into laughter.

Eda and Serkan welcome their little one in a totally natural environment. And the others get good news too. Aifer meets a man in the parking lot. They start badly -as is usual in this series-, since he runs over her, but he hopes to meet her in other circumstances and she agrees. Secondly, Melo has also met the love of her life. The crush has arisen with one of the doctors at the hospital.

“Sometimes life presents a person with surprises that are even better than his dreams. Sometimes a person creates his own luck. You must not give up, lose hope, no matter what happens. And this man, whom a once hated … My love, my heart, my husband. Serkan Bolat. How nice that I knocked on your door. How nice that he opened his heart to me. Now we have a long life full of surprises. Together with my daughter and my son. Our tale continues. Three apples fell from the sky. One for which it counts. The second for the listener. The third is for the one who saw it. I love you madly, Serkan Bolat. “And with these tender words, Eda’s voice dismisses the series forever.