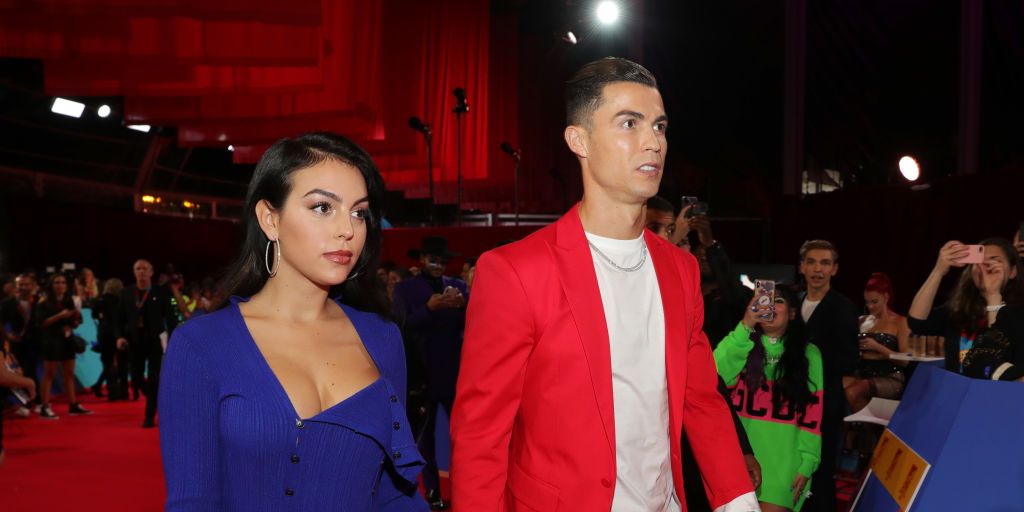 Being married to one of the most famous footballers on the planet and having almost 30 million followers on Instagram might be reason enough not to need to air out your life anymore, but Georgina has taken note of the formula of Paris Hilton so that people know who is behind the character or, in fact, to control the way in which it is perceived by the world. Social networks are so overloaded with celebrities and influencers that changing the perception of others based on stories and publications is complicated, since over-information is the cause of our liquid attention and the one responsible for us to capture messages in a superficial and fragmented way.

That is why celebrities have realized that the way to control how people see them does not lie in showing their privacy on the networks, but in appropriate the storytelling in charge of portraying them. From Sergio Ramos to Paris Hilton, more and more well-known characters have learned from the Kardashian the power of showing their lives on the small screen (not just on Instagram). Not only is Georgina the one who wants the world to like her, but Álvaro Díaz, director of Netflix Spain, believes that the former ‘au pair’ is destined to become a reference. “Georgina shows complete honesty and readily admits that her life has gone from ‘nothing’ to ‘everything’. This documentary is also there to inspire people. She was a normal young woman, whose life changed drastically the day she met the man of her life when she left her job. “, has assured. We know: Amelia Valcárcel just felt a chill when reading the statement.

Georgina’s documentary can boast of having the statements to the camera of his own Cristiano Ronaldo, which explains how he fell in love with his wife. “It was a moment of a click. I never thought I’d have that magnitude to fall in love with her, I didn’t really expect it. Georgina is the woman I am completely in love with “, says the footballer at a time designed for us to hug our favorite cushion and fantasize about meeting the man of our life so that we can leave our tr… Sorry, Álvaro. Sorry, Georgina. Excuse me, Ronaldo. But that’s not everyone’s dream, although of course, we love the idea of ​​being able to see how Rodríguez’s came true in a format designed for fast and satiating consumption.

The structure is a mix between ‘Real Housewives of Beverly Hills’ y ‘Keeping up With The Kardashians’, because it becomes a window from which to see moments in the life of the couple that we already know through the press and social networks, but now we like it the most: in a make-up, encapsulated way and with that Netflix flavor that in So many times it recalls the Bravo flavor, the chain in charge of the franchise that encompasses the reality shows of rich women that are so hooked and that have gone from being a guilty pleasure to a pleasure to brag about in networks. The format does not innovate in its structure, but nobody asks it to do so. From ‘An unorthodox life’ to ‘Blind Love’, the statements on camera interspersed with party moments and with family scenes already have an entity of their own that Georgina does not intend to change.

The possibility of delving into the lives of Ronaldo and Georgina, although we know in advance it is a Millimeter calculated and premeditated intrusion, supposes the possibility of seeing all those stories and posts that we consume on a daily basis in a format designed to please and entertain, a seamless formula with ingredients comparable to those of a hypercaloric pre-cooked dish. We are not talking about Haute Cuisine, but who wants it when what we so often look for after an exhausting day at work is a dish that satisfies us without filling us with pride., not one that leaves us starving. The magic of the Netflix kitchen is that it satisfies you while leaving you wanting more, and that it knows how to bet on characters that are pure monosodium glutamate. “She has an absolutely passionate professional life as an influencer, dancer, and model. Access to her during the recordings has been total: as a businesswoman, as a mother and as a woman “, Álvaro Díaz explained, aware that we have become so used to this type of format that it is impossible not to get it right.

The combination of moments of aspirational glamor with family scenes are already one more part of the television grid, and if we add to this equation the presence of Ronaldo, who as Kanye West did in the last seasons of the Kim Kardashian reality show has decided to speak before The cameras so that your partner’s project is prepared for consumption, does nothing more than turn this documentary into the audiovisual work that half the world is going to see, although perhaps a large percentage of those who see it will deny having done it. Soon we will know if, as with copious dinners consisting of fast food feasts, the format satisfies, generates ardor or leaves you wanting more.