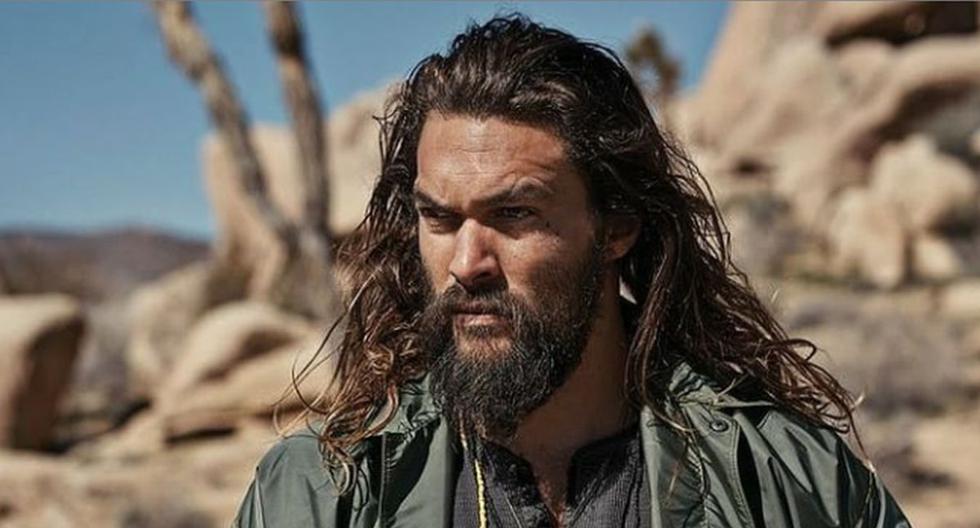 Hawaiian actor Jason Momoa had an uncomfortable experience during an interview because of his participation in the popular series ”Game of Thrones”, where he played the role of the barbarian chief Khal Drogo, during the first seasons of the drama broadcast during the years 2011 and 2019.

MORE INFORMATION: Jason Momoa publishes photos with his grandmother and captivates his followers

The husband of Liza bonnet began his acting career with the series ‘’Baywatch’’ in 1999, appearing at the casting as a professional model, something that was not true. That role made him recognized but it wasn’t until he entered the program ‘’Stargate Atlantis’’ that really took root in Hollywood.

Later, he played Khal Drogo in ‘’Game of Thrones’’ and got the character of ‘‘Aquaman’’ in the DC Extended Universe. Although almost a decade has passed since his time in GOT, the popularity of the series does not let him go and it is normal that journalists consult him for his experience in the show; and although Momoa He is known for being friendly to the press, one question did not sit well with him and he did not hesitate to show his annoyance.

THE QUESTION THAT ANNOYED MOMOA

In an interview for the medium ‘The New York Times’, the reporter bombarded with questions Jason Momoa about the scene of sexual abuse to Daenerys Targaryen (Emilia Clarke), who had to play his character:

“I don’t know if you’ve followed this, but Game of Thrones has sparked a lot of debate about its depiction of rape scenes and the treatment of women in general. Do you think differently about those scenes now? Would you make one now? Do you have any regrets? Those scenes can seem like they belong to an ancient cultural moment ”.

After listening to the rain of questions, the actor was obviously surprised and only pointed out that recording the scene was so complicated that he does not think he can go through something similar again:

“Well, it was important to play Expensive and his style. You are playing someone who is like Genghis Khan. It was something very, very, very difficult to do. But my job was to play something like that, and it’s not pretty, but it’s what that character was. It’s not my job to say, “Wouldn’t I?” I’ve never really been questioned about “Do you regret playing a role?” We will put it this way: already did. I would not do it again”, he mentioned.

BUT THAT DIDN’T STAY THERE

Although that was the only thing he said at the time, the words said by the journalist stayed on the side of his mind and he continued the interview with considerable discomfort. Momoa he limited himself to answering with monosyllables or specific things and in the end he could not help but explode against the correspondent and show him his discomfort:

“When you mentioned Game of ThronesYou mentioned things about what is happening with my character and if I would do it again. My jaw dropped when you asked me that. It is simply in bad taste to carry that to me or to tell me if I would change it. “.

Likewise, he pointed out that as an actor he had no other options: ” We are not really allowed to do anything. There are producers, there are scriptwriters, there are directors, and you can’t go in and say, ‘I’m not going to do that because it’s not frowned upon right now and it doesn’t fit the political climate.’ That never happens. So it’s an unpleasant question. I just wanted you to know it”.