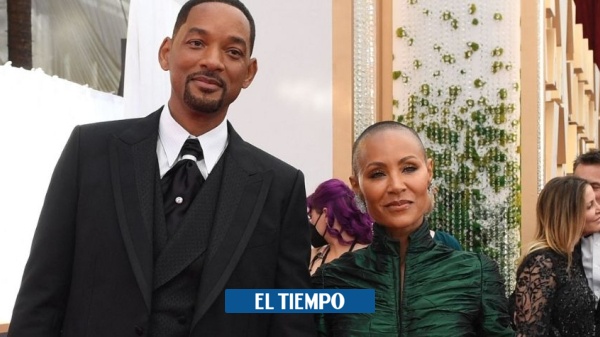 These days the actor Ezra Miller has generated a lot of controversy and he would be putting his career (and his role as the Flash in the DC movies) at risk. His bad behavior and some scandals could take him to the corner of Hollywood oblivion.

Although he is not really going through a bad time, he represents very well that dangerous step from the famous light, to the darkness, in reality, he is still on the edge.

Something similar to Will Smith, who faces the hardest moment of his career after slapping Chris Rock at the last Oscar ceremony. Ten years without being able to attend the Academy gala and some of his projects slowed down by controversy, mark a complicated scenario for the star.

Gives you context: Jada Pinkett Smith: ‘I never wanted to marry Will, they forced me’

Others have fallen, have made bad decisions about their career and the way they assume or assimilate fame., which has led them to get lost and disappear from the eye of the audience, to be trapped in the eye of the hurricane without roles in film or television; without money or assuming another life.

As in the case of Armie Hammer, who had a solid presence in Hollywood. He had overcome the failure of the film The Lone Ranger; He was applauded for his work in the drama Call Me By Your Name, but his behavior with some women, his sexual fixations, strong messages around cannibalism and violence took his film future to a precipitous fall.

After losing several papers, he was admitted to a clinic to deal with his addiction to sex and drugs. She appears in the film Death on the Nile, which she shot before all the scandal, and for now she takes refuge in a house in the Cayman Islands.

No fame and no money

Lindsay Lohan has also not been able to fully resume her acting career. After cycles of excesses, controversies and erratic behavior, the one who was once considered the young actress with a bright future in Hollywood, is now trying to raise her head. He starred in the series Sick Note, with the British Nick Frost (Paul, Shaun of the Dead) and Ruper Grant (Harry Potter), but her life is far removed from the luxury and fame that surrounded her before.

Can read: Lindsay Lohan returns to acting and will star in Netflix film

While Pamela Anderson, remembered for her role in the series Guardians of the Bay and who was recently the subject of conversation for the series Pam & Tommy (which featured the episode of a private sex video of the actress that was sold over the internet) ; she hasn’t managed to land a role that will bring back the fame she once had. Although many people close to Anderson have denied it, in Hollywood it is said that she has many debts and that she is bankrupt.

Pamela Anderson has a lot of debt.

Her ex-husband, producer Jon Peters, said he left everything for the actress, but realized “she owed almost $200,000 in bills and had no way to pay them, so I paid them,” Peters said. The marriage lasted very little.

Something similar experimentOr Kim Bassinger, the star of big eighties and nineties productions like Nine and a Half Weeks, Batman (by Tim Burton), who one day decided to buy a town to set up a tourist complex. He spent $20 million in 1989 and the idea fell through. She had a reputation for being complicated on the set and her films were turning into failures now with her daughter, without much money and she even sold one of her houses to manage her expenses.

Actress Kim Basinger made a purchase that broke several molds of eccentricity.

One who does not pass into oblivion, now for a new trial, is Johnny Depp, who in his moment of greatest brilliance in Hollywood earned 20 million dollars for his role in Pirates of the Caribbean and today battles hard to get a role in the movies.
He has a legal battle against his ex-wife Amber Heard for defamation and was branded as an aggressive person who abused drugs and alcohol.

Depp spends more time in court than on film.

The 58-year-old artist has defended himself by arguing that everything is a lie, while he spends what remains of his fortune on lawyers. Now Depp is suing his ex-partner for $50 million in damages. And she did the same, claiming an amount of one hundred million dollars. The only thing in sight, professionally speaking the actor, is an animated series called Puffions, which is filming its second season.

Actress Allison Mack known for her role in ‘Smallville’ is accused of sex trafficking while she belonged to the NXIVM sect.

Others who don’t have a good time are Gina Carano, who put aside her career in the series The Mandalorianby sharing very strong extreme right-wing opinions; Danny Masterson, of That’s Seventeen Show fame, who faces rape accusations; and Allison Mack, who after joining a cult known as NXIVM became involved in a sexual exploitation ring. The Smallville actress is now serving a three-year sentence in federal prison.

Carmen Maura became an actress so as not to go crazy

From the summit to the crisis: the celebrities who go through hard times in life