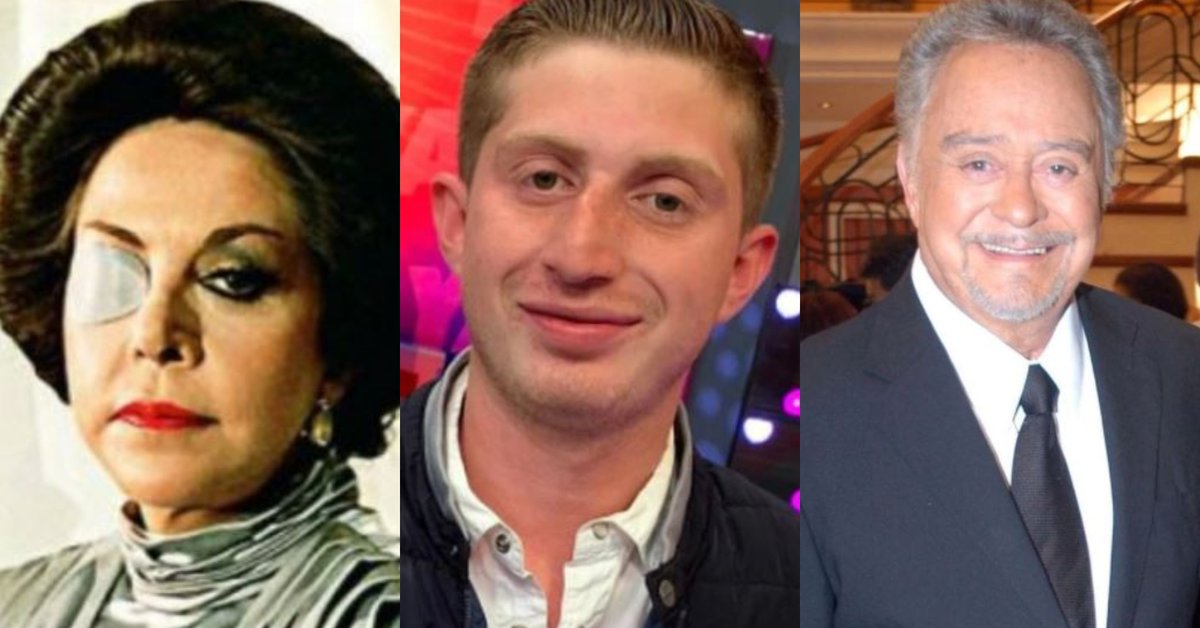 On October 29, Mexico woke up with news that shocked avid viewers: Octavio Ocaña, a young 22-year-old actor recognized for his role as “Benito” in the series Neighbors, died from a bullet impact after a persecution within the Cuautitlán Izcalli municipality, State of Mexico.

A void was generated after this fact was made known and it was immediately thought that this television production, created by Eugenio Derbez, would never be the same again.

In more than 16 years, since its premiere in 2004, 11 seasons were produced that together achieved more than 200 episodes with funny plots, very Mexican moments, jokes that made anyone laugh and an unforgettable cast.

However, time does not pass in vain and there have been several actors who, for some reason or another, have lost their lives and, like “Benito”, caused a hole impossible to fill, because their sympathy, charisma and humor they left their mark in each of their appearances.

Polo Ortín, “Don Roque”, was one of the saddest losses (Photo: Twitter @ IMCINE)

One of the most beloved actors for more than 10 years was Polo Ortín, better known as “Don Roque”, a scattered ex-military man with an attachment to “Rambo”, his teddy bear and best friend who always accompanied him for his “folksy”. Sadly, he lost his life on August 16, 2016, due to a heart attack.

In episode 76 a news reached all the Neighbors: the building of their adventures would be sold. “Doña Soco”, played by María Rubio, was in charge of giving the warning. This first actress died on March 1, 2018, at the age of 83, due to pulmonary emphysema.

Another first actress who also participated in the series was Yolanda Martínez, who in season five played Jovita, widow of San Román, Luis’s mother (Daría Rippol) who gets to put Pedro (Pablo Valentín) in order when his son leaves the apartment. Months after the filming ended, on October 5, 2018, he lost his life due to natural causes.

They were some who in a season or more made theirs in Neighbors. However, there were also actors and actresses who had special participations and, although they only participated in one episode, they are remembered after their deaths.

Sammy Pérez is perhaps one of the most remembered, not only for his appearances in the first seasons, but also for his performance alongside Miguel Luis during XHDERBEZ programs. His death, on July 30, 2021 due to COVID-19, caused the tears and sadness of thousands of people who grew up watching him on television.

During some episodes, the comedian Raúl Padilla, nicknamed “Chóforo”, made his appearance with two characters: Don Melitón and the building’s garbage collector during 2007. Before the series resumed its broadcasts, the actor died on April 24, 2013, at the age of 73, due to a sudden heart attack.

Gus Rodríguez was the mastermind behind the success of Vecinos (Photo: Instagram @gusrodriguez)

The actress also participated in Neighbors, Alejandra Meyer. It was during 2006 when he made his appearance as “Doña Caridad”. A year later, due to renal carcinoma, he lost his life on November 7.

Finally, although he was not an actor in the series, one of the masterminds behind the success was Gustavo “Gus” Rodríguez. After directing some chapters, from 2005 to 2010 he became the director, since he always he was the creative that drove the success of Eugenio Derbez. However, death would come on April 11, 2020. The reason? complications with a lung disease he suffered from.

Octavio Ocaña: what will happen to his body when he arrives in Tabasco
Octavio Ocaña’s father on the authorities’ version: “It was something sown”
The emotional dedication of Jesús Corona to Octavio Ocaña for the triumph of Cruz Azul
Octavio Ocaña case: new videos of the persecution emerge and confirm that he was taken to the hospital still alive

From Octavio Ocaña to María Rubio: these are the Neighbors actors who have died