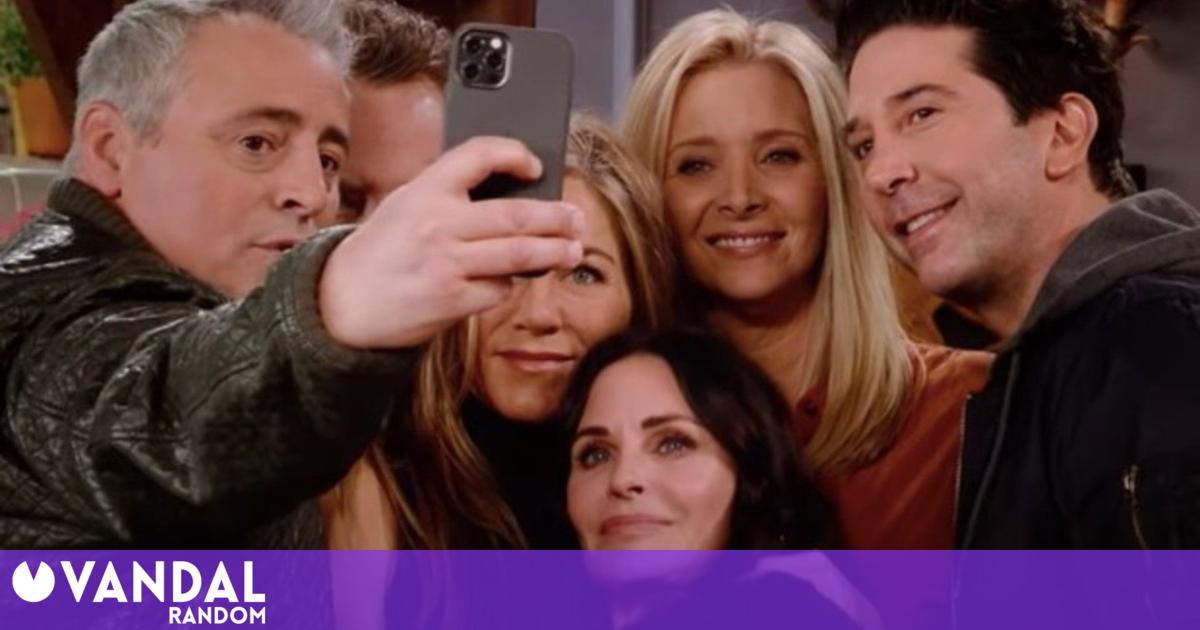 Everything comes to an end, and the series Friends It was not going to be less: despite its popularity and ten seasons and 235 episodes on his shoulders, he made the decision not to go ahead. The point is, the series could have ended much earlier than expected, with the co-creator Marta Kauffman revealing in a 2014 interview (going EW) who had been thinking for several years “this will be the last season”. Finally, there were other factors that ended up ruling out the renewal of the most successful sitcom in the world, which has currently enjoyed a newly released special episode in order to HBO Spain and HBO Max.

Why Friends came to an end?

Jennifer Aniston, Courteney Cox, Lisa Kudrow, Matthew Perry, Matt LeBlanc and David Schwimmer they got that 50 million people sit in front of their televisions to enjoy the latest episode of Friends. While the fans remember with them the funniest and most emotional moments of the production, we take care to put the magnifying glass on the reasons that led to the cancellation of the series.

“We had been thinking for several years that ‘this would be the last year'”Kauffman expressed. The also co-creator of the show, David crane, pointed out that this thought is due to the “negotiations of the contracts of the actors”. When it was decided that Season 10 would be their last, it indicated that it was because they couldn’t “keep stopping, starting and rethinking everything.” In other words: at some point it was necessary to put a full stop.

“Everybody was growing up”

Kauffman also remembers that, while everything was getting ready to shoot the last episode and how the story would end, there was a detail that finally led them to make the decision not to go ahead: “Everybody was growing. This is part of the reason the program had to end. It was no longer about that moment in your life when your friends are your family.. But what you are starting to have your own family“.

Lisa kudrow, in charge of portraying Phoebe Buffay in the series, also noted the following in an interview with the Television Academy Foundation: “Some people just felt like they were ready to go ahead and finish. And other people thought, ‘No, you’re not leaving until they ask you to leave. This is like a part-time job and we have a lot of fun together. ‘ Some people had mixed opinions on that. “

“Some people just felt like they were ready to go ahead and finish.”

During another interview with the NBC granted in 2004, Jennifer Aniston – Rachel Green on the show – admitted that: “I wanted it to end when people still loved us and we were at the top”, and she wasn’t sure “how much more of Rachel” she had left before last season. Matthew perry, who played Chandler Bing, I do know that he has openly expressed his regret that the series had ended in an interview with The Hollywood Reporter in 2013: “Why the hell did we stop doing it? We all said, ‘You know what? Let’s just leave it here.’ I’d love to walk into a time machine right now and say, ‘Please, let’s not stop doing it!’“

In the tenth and final season, it was said that the main cast, including Jennifer Aniston, David Schwimmer, Courtney Cox, Matthew Perry, Matt LeBlanc and Lisa Kudrow, I earned a whopping $ 1 million per episode. According to Business Insider, the six managed to reach an agreement because they had all negotiated together: but with an average of 24.7 million viewers, they managed to negotiate this salary for the six.

However, the high cost of production could have led to the decision to finally leave the series on top. “We did the series that we wanted. We did it well, and we put a bow on it”, Crane pointed out at the Tribeca TV Festival in 2019, when the series celebrated its 25th anniversary and I ruled out that they were going to work on new episodes.

“We did the series that we wanted. We did it well, and we put a bow on it”

In fact, it is still very expensive to make: from Variety reported last year that Each of the six stars will receive at least $ 2.5 million for participating in the recently released special episode.. A few months ago, the 10 seasons of Friends they part with Netflix to become part of HBO, following a deal that could have cost WarnerMedia about $ 400 million.