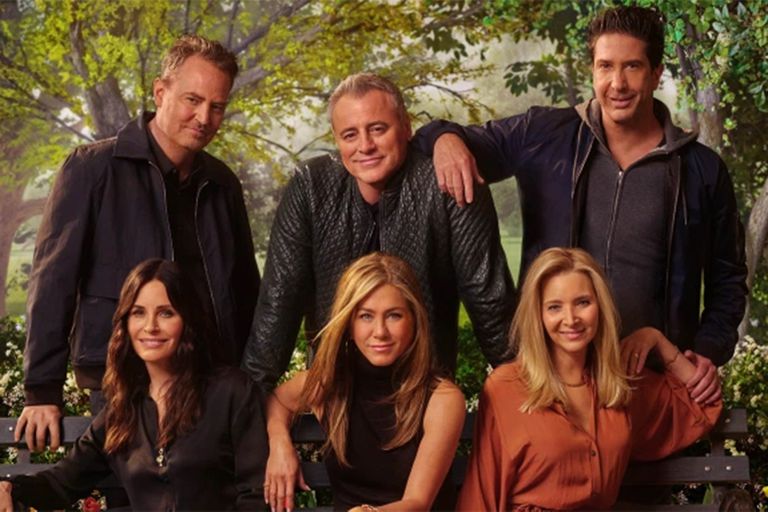 Friends: The Reunion, the anticipated sitcom special starring Courteney Cox, Matthew Perry, Jennifer Aniston, Matt LeBlanc, David Schwimmer Y Lisa kudrow It is, without a doubt, one of the television events of the year.

The actors met again for the episode that will be seen on the HBO Max platform on Thursday 27 for the territories in which the streaming service is already available –from June in Argentina-, and that’s it the first trailer was released than expected meeting for which the protagonists received a millionaire figure.

According to what is reported by the portal Variety, the six actors received $ 2.5 million each for the special that has fans in suspense, and that will feature special appearances from other interpreters who were part of the successful sitcom.

James Michael Tyler (Gunther), Reese Witherspoon (Rachel’s sister, Jill), and Elliott Gould and Christina Pickles (Ross and Monica’s parents, Jack and Judy) are among the stars to be seen in the episode. Also featured in the preview were familiar faces like Tom Selleck (Monica’s ex-boyfriend Richard) and Maggie Wheeler (Janice). On the other hand, it was confirmed, through the official HBO Max Twitter account, the presence of figures who, although they were not part of Friends, They will participate in the special, such as David Beckham, Justin Bieber, BTS, James Corden, Cindy Crawford, Cara Delevinge, Kit Harington, Mindy Kaling, and Lady Gaga, among others.

One of the absences that attracted the most attention was that of Paul Rudd, who played Phoebe’s husband, Mike. In an interview the actor had with Chris Evans for Variety, was asked about the series and what it meant in his career: “They are like behaviors and chapters in life. In the case of Friends, the series was about them, although it was interesting to be part of it. I was only on that series in passing and felt like it was kind of an accessory on the show. The series was not about Mike Hannigan, “he said, although it was not confirmed that this was the reason why his name is not among the invited artists. As it turned out, Rudd could not have filmed due to scheduling issues.

“I was overcome by the excitement of ten years of irreplaceable memories,” said Cox. about the moment the group returned to Warner’s studio 24 where they recorded the series, whose sets were replicated to the millimeter for the two-day filming of the meeting. “It’s funny, when we meet it is as if time had not passed,” added LeBlanc.