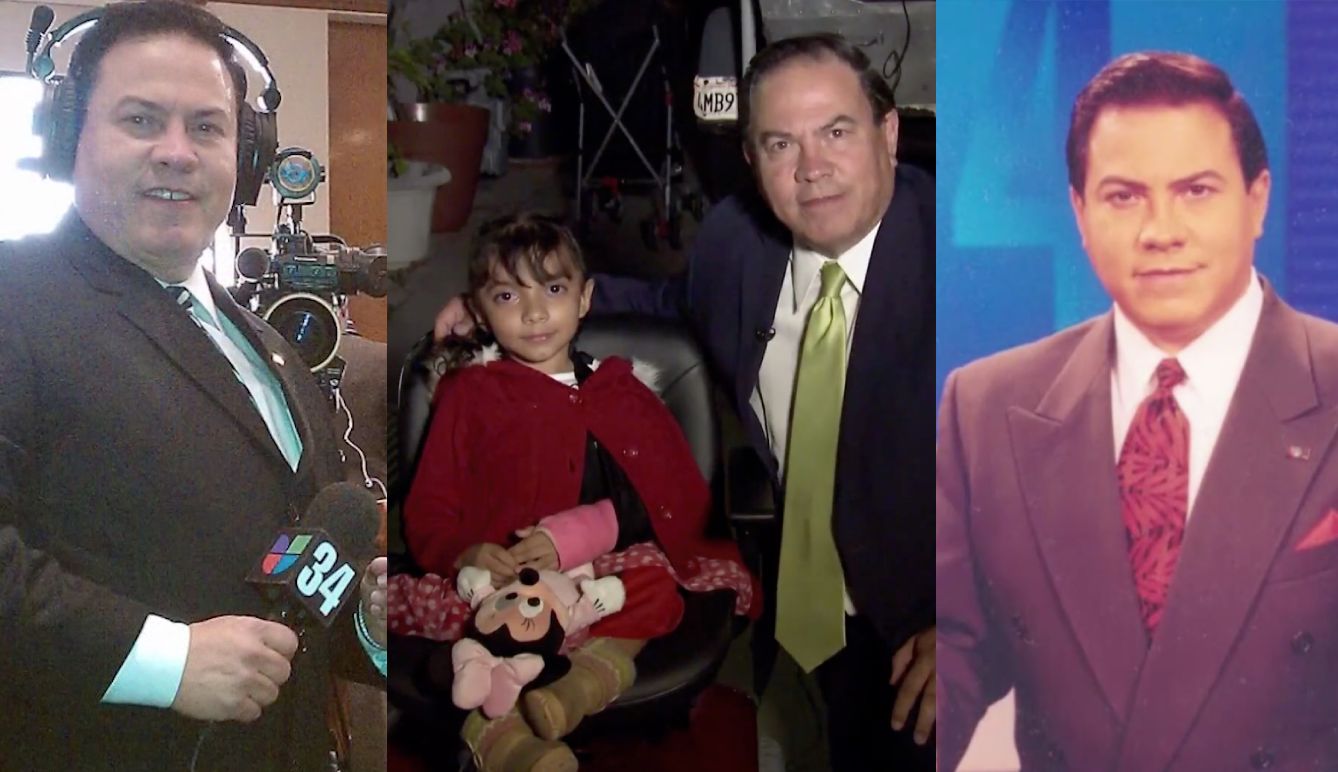 Los Angeles California. – Francisco Ugalde has been a reporter for Univision 34 Los Angeles for the last 26 years and this Tuesday he said goodbye to his colleagues and the community that has accompanied him for more than two decades as he recounted the events and events of his Hispanic town in southern California.

During an interview with León Krauze in La Mesa, Francisco spoke about his childhood, how he came to the United States and even revealed what her professional career was before becoming a journalist.

“I was born in the city of Oaxaca, but grew up in Veracruz, which always leads me to say that I am ‘oaxarocho'”, says Ugalde. From his childhood he remembers “that smell of cooking is unforgettable. Cooking is my passion, I like it very much, but especially family life. I remember Christmas now that they are so close with my grandparents and the Christmas tree.”

A dream that came true

From a very young age Francisco dreamed “on television, my games were with television. I remember that at that time I did not have a camera, there were no cameras, but there were tape recorders. So with my brothers I would grab them and we would make soap operas, recorded on Audio”.

He remembers from that time that “it was hilarious” and that “when the children played outside I would take my piece of wood and it was my microphone and I was the one narrating the game.”

When he approached the moment of choosing his professional career, Francisco took a different course. “There came a time in my life where I said, ‘I have to study.’ I opted for dentistry. I am a dentist and I practiced for six or seven years, I was an excellent maxillofacial surgeon. It fascinated me, “says Francisco while León asks him in surprise,” really? “

“Really,” Francisco responds, “in fact when I get to Veracruz everyone talks to me about a doctor, but I couldn’t extract that flame that I brought through journalism, so what I decided was to get on television.”

First years as a journalist

Francisco ventured into the field of television when “they opened a Televisa in Veracruz in 1983.” Later, he decided to embark on his journey to the United States.

“I decided at one point to come, to learn television in the United States. My story is not very different from everyone else’s. I arrived one day, February 4, 1989, loaded with my suitcases full of illusions “Francisco said.

The journalist worked for 26 years at Univision 34 Los Angeles. “It’s my life. Totally, it’s my life. It is a great treasure that I have in my heart, that Univision has allowed me to work for all these years telling the story of so many people, putting their trust in me. “

Later he adds, “It is my whole life, I will always carry it in my heart”.

With mixed feelings, Francisco Ugalde of Noticias Univision 34 Los Angeles said goodbye after reporting from all angles of Los Angeles and Southern California the stories of joys, pains and struggle of the Hispanic community in the United States. His reports were recorded and broadcast on television, but his legacy and love for what he does remained engraved in the hearts of millions of people who saw him on the small screen every day.

Thanks Paco, we also have you in our hearts!